Today's guest post and photos are provided  by Fizzfan from UK. Please direct your (polite) opinions to her in the comments section at bottom of the page.

I can't recall 'TERROR' being on the news too much while I was growing up but there were always news reports of wars somewhere. Apart from 'the troubles' in Northern Ireland (our close neighbour), Egypt and Israel seemed to be mentioned a lot and somewhere called Palestine. Then there was this place that always seemed to be getting bombed a lot called Beirut. In fact when I was young if I went somewhere that looked run down or bleak I always used to say "Christ it looks like Beirut".

So in an effort to unravel the mystery of the never ending conflicts in the Middle East  and the rise of Terrorism, I decided to do some digging. However, I added a caveat of focusing on OUR involvement in those conflicts.

Once upon a time about 600 years ago this happened.... 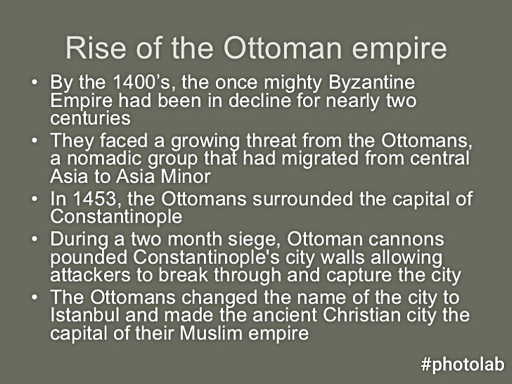 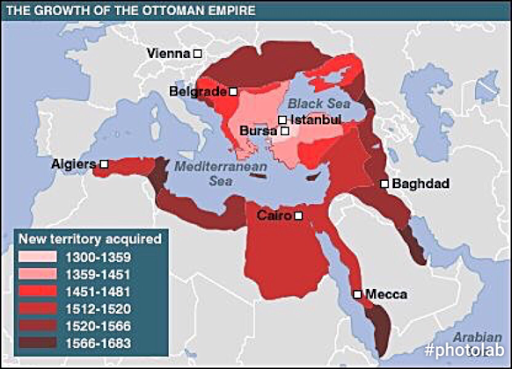 WHAT HAPPENED TO THEM? 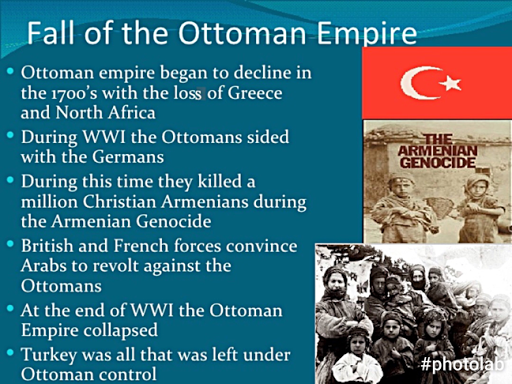 Well it seems just after the 1st World War two diplomats from victorious Britain and France, Sir Mark Sykes and Francois Georges-Picot, were tasked with dividing up the the fallen Ottoman Empire who'd made a bad bet and backed Germany in the war.

Their only concern was imperialistic advantage and they carved the region among themselves with no regard at all to the Arab people's ethnic birthrights.

They had also promised the Arabs independence but instead installed Kings and rulers of THEIR choosing so WE could have a say in how things were done and run.

I had no knowledge of this, but the Arabs most definitely do! 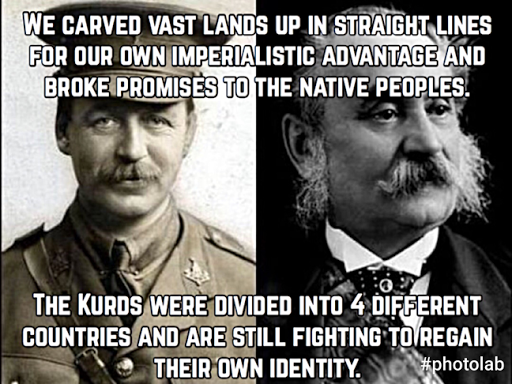 Well of course! Not long after, Italy, the U.S. Germany and Russia all wanted a piece of the pie and have been overthrowing and intervening in all sorts of political wrangles and governments in Libya, Syria, Palestine, Jordan, Israel, Egypt, Turkey, Iran and Iraq ever since.

There are way too many to mention so I've just cherry picked a few to give a flavour of  the complexities and the death toll.

In 1953 Britain and France together with the CIA staged a coup in IRAN replacing a DEMOCRACY with a MONARCHY. This was because the elected prime minister had sought to nationalise British-controlled Iranian oil. It was done to safeguard the WESTS OIL INTERESTS and Iran have never forgotten it.

Three years later they (Brits & French) combined forces with Israel to attack EGYPT when President Nasser decided to take control of the Suez Canal which had up until then been controlled by Britain, France and Israel. It was used for the free passage of trade and Nasser wanted to start charging for this to fund building the Aswan Dam because the loan agreed by the U.S. and Brits had been pulled because we didn't like Egypts political ties with Russia.

So we secretly colluded with each other and planned that Israel would head up an attack and then us Brits with the French would join in.

However, once it all kicked off, the Russians sided with Egypt which made the U.S. a bit twitchy and they told the Brits, French and Israelis to butt out or they'd intervene with oil sanctions and our access to International Monetary Funds.

Thus ended the Brits dominance and the U.S. took over as the main external power. The Brits did allegedly have one last 'Secret Service' shot at killing the rather popular President Nasser with poison, but it failed.

Moving on to the 1970s, Egypt switched sides from being friends with the Russians and cozied up with the US. It earned them $2.3 billion a year in military and economic aid.

In 1981 military hardman Mubarak began his 30 YEAR Presidency of Egypt and joined the US. in attacking IRAQ in the 1991 GULF WAR which earned them a 50% reduction in their foreign debt.

He also supported attacking Iran, along with King Abdullah II of Jordan and King Abdullah of Saudi Arabia who we're still best buds with too.

Seems to me that 'SIDES' are being established and this particular game is WAR. The opposing teams and all their fans and supporters will be very well aware of who's supporting who and the fact that one of them is an OUTSIDER with a lot of CLOUT, might seem a bit unfair.

Also, Mubarek was very unpopular during his 30 year Presidency, dodging several assassination attempts but finally stepped down in 2011 following mass waves of protests. Seems from our actions we liked him though?

Quick skip back to 1980. The U.S. supplied arms which tipped the balance in the war between IRAQ and IRAN. We may not have liked IRAQI Saddam Hussein, but we were even less keen on IRANS Ayatollah Khomeini. It was a brutal eight-year war but the arms, intelligence and chemical weapons we provided helped win Iraq the war.

IRAN once again not happy.

So about that GULF WAR?

In 1991 the U.S. landed with a vengeance in the GULF WAR to help out KUWAIT against IRAQ this time.

Famously, to mobilise American public support, the daughter of the Kuwaiti ambassador FALSELY testified before Congress that Iraqi troops were pulling the plugs on incubators in Iraqi hospitals.

The CIA even paid for her to have acting lessons!

She deserved an Oscar and if you want to see it here it is:

It's amazing how much global history there is that was completely left out of my entire eighteen years at school (including GCSE and A-level history). The only periods I learned about during that whole time were:

That's it. I know bugger all about anything else that has ever happened in the world.

Except now I also know a bit about the Ottoman empire too - thanks Fizzfan!

Thanks Dan.
Bit of a hot topic to be taught in the safe confines of mainstream education and I don't think my view of things would be touched with a perverbial bargepole!
My Dad often said 'stay curious'. Not sure if that's why I question so much still to this day but it's definitely interesting when you keep an open mind and refuse to accept the status quo version of events.

Having said that I've only recently taken any interest in history and I'm a lot older than your good self, so you undoubtedly know a great deal more than me about a great many other things:)

It was a tricky subject and the post was only possible because I'm extremely sceptical about propaganda and I look at things from a more human perspective, I also don't like being told what to do and thats why I think Terrorism has grown because on a really basic level that's how the West must be perceived by many in the Middle East.
I like the idea of us helping but I'm very unsure that we have and when you look at the death toll and continued conflict I'm even more sceptical.
I also have grave doubts about our true motives.

I could be wrong but initially I think the Republicans were in favor of taking the fight to ISIS after 9-11 in US, rather than them coming here...sort of a plan to keep them busy in their own lands. It was mismanaged from the start by invading Iraq rather than going to Afghanistan. My own feeling is Cheney was very instrumental in manipulating the intel and pushed the agenda. Halliburton...(his previous job) made a lot of money. at the same time they got rid of Hussain. Long range I have a feeling it allowed them access to Iran if necessary. That is why I don't like to see Trump constantly bashing Iran on his trip. It is like they are lining up their ducks...

Not sure if you were being literal about 'ducks' or you intentionally mixed the vowel up?:)

I know Cheney made a lot of dosh out of the oil (if that's what you mean) hence a lot of folks over there are very twitchy about the USs motives etc.
Can't say I blame them.

We've just suffered another suicide bombing today in Manchester at a concert. It's difficult for me to be as full of total condemnation now because of the number of deaths we've been responsible for with our meddling. I can't help but feel our own actions are ingrained into what happened. Uncomfortable sadness.
It's that revengeism thing again.

FIzz
I am so sorry to hear about what happened in Manchester. Lol....about the ducks.....I agree....


Lol, KE, you're not sure if you meant ducks?