Well my muse has worked her magic again after a stint where I couldn't even face the blog. So we are back!
This is a gorgeous little gem of a song. To get the sound working on my gadget I found I had to tap the picture.

Excerpt from
WHEN WE LOVE
Music and lyrics by Tyler Hughes.
"Love has all the power to heal up every scar
Erase the distance, no matter how far
It’s in each and every one of us if we only let it show
Love is for the living, the young and the old.
Chorus:
For when we love, the world will know peace
And when we love, life will never cease  And when we love, it’s not us versus them
And we love, we will make the world great again
Through the dark and stormy night, it is love that guides us through
And with the break of dawn, we’ll be stronger and renewed
And in each and every battle, we must always keep the faith
When the fighting’s over, love will trump hate
Chorus.
Bridge:
Love has no party, it’s not red and it’s not blue
Love is for me and love is for you."
I could apply some of these biblical principles better than I do:
1 Corinthians 13
An excerpt from the Aramaic Bible in Plain English
"0. If I shall speak with every human and Angelic language and have no love in me, I shall be clanging brass or a noise-making cymbal. 2. And if I have prophecy, and I know all mysteries and all knowledge and if I have all faith so that I may remove mountains, and I have no love in me, I would be nothing. 3. And if I should feed everything that I have to the poor, and if I hand over my body to be burned up  and I have no love in me, I gain nothing.
4.Love is patient and sweet; love does not envy; love is not upset neither puffed up. 5.Love does not commit what is shameful, neither does it seek its own; it is not provoked, neither does it entertain evil thoughts, 6. Rejoices not in evil, but rejoices in the truth, 7.Endures all things, believes all things, hopes all, bears all.
0. Love never fails; for prophecies shall cease, tongues shall be silenced and knowledge will be nothing; 9. For we know partially and we prophesy partially, 10. But when perfection shall come, then that which is partial shall be nothing. 11. When I was a child, I was speaking as a child, I was led as a child, I was thinking as a child, but when I became a man, I ceased these childish things. 12. Now we see as in a mirror, in an allegory, but then face-to-face. Now I know partially, but then I shall know as I am known. 13. For there are these three things that endure: Faith, Hope and Love, but the greatest of these is Love."
I'm tired. I spent part of last night thrashing out some differences with a friend on the other side of the world, we resolved them, but then I was too over stimulated to sleep. It's not the first time, and probably won't be the last. Well, it would be nice if there was no further need for it, but human beings make mistakes, and better to communicate than sulk, in my opinion.
Why were we both in bad moods? Well coincidentally, both of us had been called stupid, by different people in different places, but on the same day. 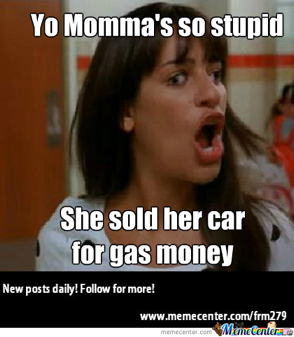 It rankled, because we are both the opposite of stupid. People sometimes do not see that in my friend, but get to know this person well and its obvious that they are extremely intelligent. It is one reason, but not the only reason, that I like the person. I don't agree with them hiding it, but as they point out, it's not my place to make their decisions, even when I point out that I'm always right. 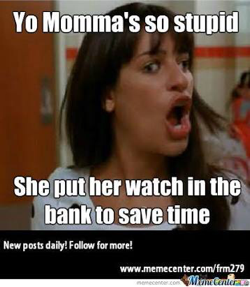 If we had not been abused by others yesterday, I believe there would have been no stress fuelled disagreement . Some people need to be more careful how they treat each other, because it can have a ripple effect, so that a completely innocent third party suffers for it later, and on it goes. 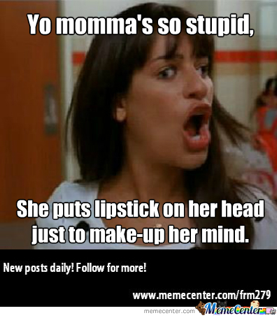 My friend and I thrashed it out quickly as we are wont to do, and discovered what the underlying trigger was. However many don't, and in that case the stress could possibly be passed on to a fourth, and then fifth party. All because someone tried to make someone else feel lesser, by insulting them, probably to sooth their own insecurity.
What I do like, is that we both said sorry at some point, and both were forgiven. We do that. Does that mean we forget? Maybe, maybe not. Do we move on and not dwell on it? Yes, largely in the past we have chosen to do that. If an old , previously resolved issue chooses to raise its ugly head, one or both of us stomps on it.
It's difficult, because both of us are very strong personalities, and both would like to get their way, but for the friendship to work, there must be compromise. We also pull our punches , that means we don't say every nasty thing that pops into our heads to the other one. We are both Trés formidable if we really fight hard, so together we just don't punch, preferring to jab, duck and weave. There is filtering, something I think Twitter could try this year, and restraint, a quality all world leaders need to have. We also have humour, which is a great bridge builder.
Why am I bringing this up? Well, unless you've been under a rock, you'd know that the world is full of people, who , unless they are in the middle, as I usually am, are divided into progressive, or conservative camps. Around the world right now there are examples of governments that needed to form coalitions, because they didn't get enough votes to govern on their own, due to the electorates being too divided. This can be paralysing to good government, or actually force some imaginative solutions to problems.  Australia, UK, Germany, and even the USA are current examples. Why would I include the last one? Because the current Republican government has paired up with far right groups of various kinds.
"It’s in each and every one of us if we only let it show
Love is for the living, the young and the old."
Tyler Hughes.
I think the techniques we employed last night could help in that wider context, even on the world stage.
"For when we love, the world will know peace
And when we love, life will never cease "
Tyler Hughes.
So North Korea let off some bombs. They might have nuclear. Bad.
Move forward. Filter your language with restraint. Say sorry, it's not that hard. Forgive the other party. Invite them to Mar a Lago and give them chocolate cake, as happened with China. Work out the differences, by trying to see each other's perspectives.
"And when we love, it’s not us versus them".
"Love has no party, it’s not red and it’s not blue".
Tyler Hughes.
So Obama had a health care plan you didn't like. Bad from your point of view. Tweak it. Invite the Democrats  to Mar a Lago, and thrash it out with a few "sorrys" and "let's solve this" over chocolate cake.
"And we love, we will make the world great again".
Tyler Hughes
So there is entrenched poverty caused by increasing inequality and overpopulation around the world, causing people who are worst affected to blame each other, sometimes viciously. The solution is not chocolate cake, as they discovered before the French Revolution. It is universal love, putting ourselves in each other's shoes, sharing what we have, saying sorry, and forgiveness.
Love
Sharing
Empathy
Apology
Forgiveness
Humour.
What did we end up talking about at the end last night?
Coffee cream eclairs. You havn't lived until you've had one of those from Yarram Bakery Café in Australia. Put it on your bucket list. All prices shown are in Yarram dollars.
My late lunch /early dinner today, including caffeine which I rarely have these days, but I was so tired! Coffee cream eclairs. Hubby and I shared one. 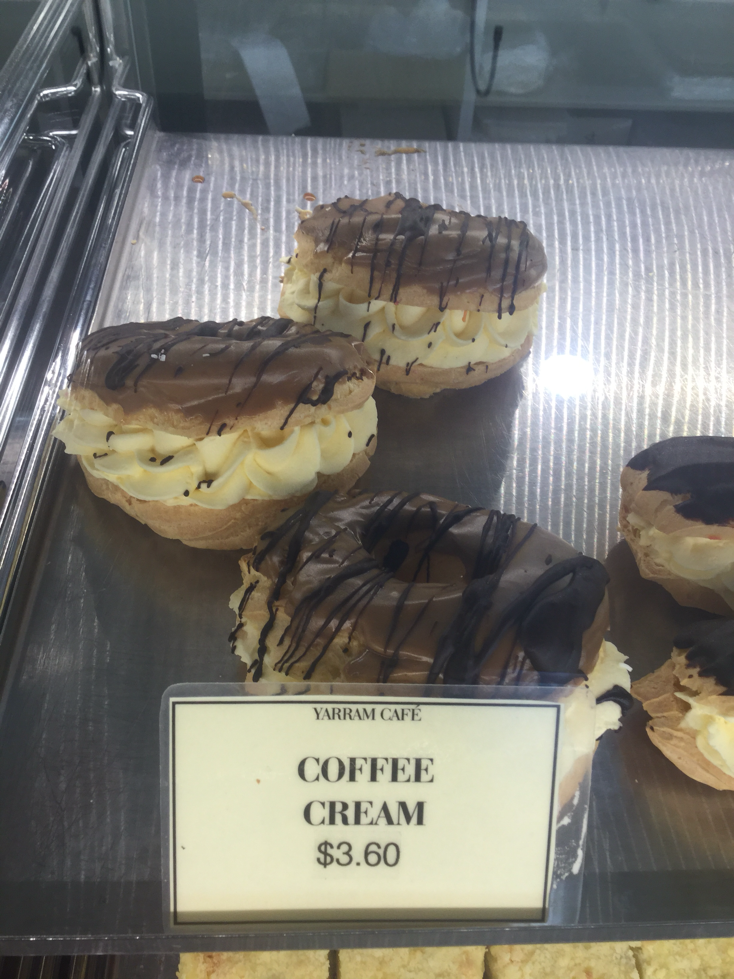  The area is a dairy district, so real cream is expected.
 Cake. A solution to world peace. 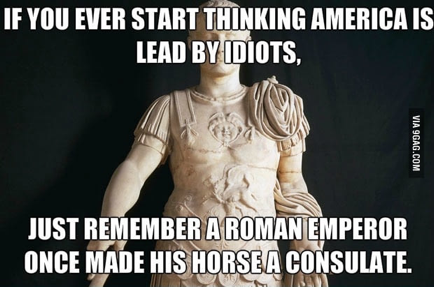 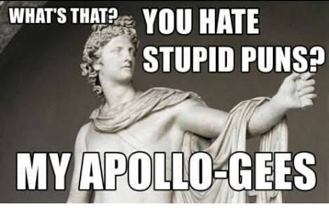 Article about loss of jobs for majority non elite
Posted by Running on empty at 20:52

There's a lot in this post. Friendship, politics. Food.

I laughed at the first Roman meme.

Good to see you blogging again.

Such a thoughtful (and loving) piece, and the link to the article is well worth following. It deals with a topic much on my mind. Maybe I'll get out my quill and parchment one of these days.

Trouble is, to come back to your post, dear Aussie, how does one change the value system of an adult human being? I know for sure that it has been done but oh, so seldom, it seems to me. People who grow up thinking that power, for instance, is the core value of a successful life regard those who talk of love with contempt.

Word to the wise: never, ever share your coffee cream eclair.

It's true, Rina, some people don't want to change, but the very fact of loving people, rather than just talking about love, can soften a bruised and battered heart. That is the premise of the movie Pollyanna. People who have chosen power or money or security, over love, have been hurt, in my experience, often very deeply and early on in their life.

The good man said, love thy enemy, love thy neighbour, love one another. I'm a long way off achieving all those things, but I can try.

Thankyou, Dan. Stick around! The first Roman meme was badly spelled twice, but given all the criticism currently about the US government, I thought it was comforting.

Rina do get out your quill and parchment.

I agree with Dan re the quill..

KE Thankyou, same to you, glad you've cleared up your tech problem.

Hurray! You’re back on track :D
Loved this, and the article about jobs for the elite tapped into something I’ve been banging on about for years.
I hate the rise of the necessity to go to Uni in order to do a job that has no real requirement for it.
No idea why it’s become a ‘thing’ but it certainly succeeds in getting youngsters entrapped in debt from the get go.

In large part, all it seems to have achieved is to make life harder, more competitive, more divisive and more stressful.

I’m not against further education for those that want it, or careers that really need it, it’s just seems to have become almost a necessity.
I’ve also become aware that some youngsters see it as a way to hold back the need to even get a job.

I think it's a reflection on the rise in red tape. As long as governments keep using every aspect of issues like tax law, or health contracts, etcetc, as ways to buy votes, you will see increasingly unwieldy systems that people will have to be trained to manage, instead of their jobs.

Historically the Chinese emperors had enormous departments of public servants, that got bigger as they moved toward extinction. They needed that many because of the blown out red tape. Now the emperors are no more.

I think the AI robots will manage all the red tape in different industries, so workers will be sacked. If governments don't wake up, forget about immigration being the fuse for people's anger, try massive unemployment bringing on revolutions.