"A HEART THAT FORGIVES THE WORST".

This week in Sydney two little boys were killed and several other children were injured when a car accelerated into a classroom. Australia was shocked. Police called it an accident, although causes are being investigated and the driver , a woman about my own age, has been charged. The first funeral was held today. Held in a mosque, it was packed out. The woman driver has apparently been distraught since the incident, and very apologetic.
On the way to the funeral, in the hearse with his son's coffin, on behalf of his family, the father of the young student conveyed his forgiveness to the woman who had killed his son under her car. He said he would be happy if she met with the family after the stream of visitors went home. He asked people to stop retaliatory words and actions.
It is of people and conciliatory actions like that, that true leaders are made. 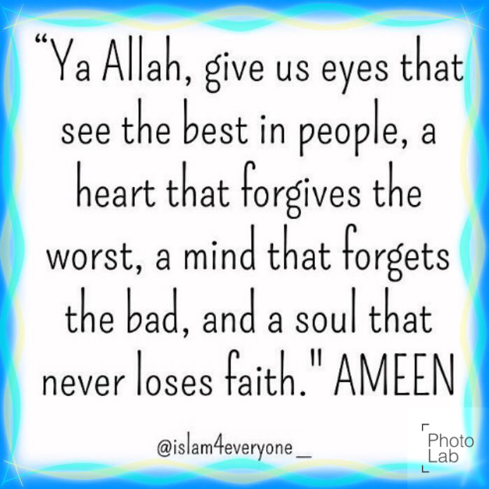 those who give in times of both ease and hardship, those who control their rage and pardon other people – Allah loves the good-doers (3: 134)—

A profound example of this in Islam can be found in its penal code: while murder is punishable by death, Islam provides a way out through blood money if the family are willing to forgive the perpetrator.  The latter is the option preferred by Allah and many families in such a situation living in Muslim countries have chosen to forgive on this basis, may Allah accept it from them."  Living the Muslim life Wordpress.com

A few lyrics of support from the Christians now. To lose a child at the hands of another has to be the very hardest thing to forgive, no matter what religion you are.

Every human falls short of perfection and yet it is so hard to forgive when we are wronged as if we are not the one who needs forgiveness also. I don’t have any answers because it is probably the hardest thing I have ever had to do and yet logically know it is the right and most freeing thing to do. Holding on to the pain only makes it worse and I have admiration for anyone who can quickly and completely forgive someone for even the death of their child. Those people are an inspiration. They must be at peace within themselves before they are able to extend that spirit of forgiveness to others. I will have to admit I am a work in progress.....


Me too, Kathy, it certainly made me think.

The other little boy that was killed was buried today