“Hosanna to the Son of David!”

“Blessed is he who comes in the name of the Lord!”

“Hosanna in the highest heaven!”

10 When Jesus entered Jerusalem, the whole city was stirred and asked, “Who is this?”

11 The crowds answered, “This is Jesus, the prophet from Nazareth in Galilee.”

From the book of Matthew, The Bible (NIV).

As we got closer to our destination, the skies threatened rain so we set our things down under a picnic shelter with table and benches. I had gone for a selection of foods that might have been available in biblical times or the following centuries on a feast day , plus an Aussie food, the snag (sausage).
It was blowing a stiff wind  by the time we got there, but I was determined to see it through. Acerules and I tied the tablecloth at the four corners. You can see it trying to take off in the photos. Acerules is hanging onto the “palm “ leaves from the florist. I wedged the napkins under the wooden bowls. I already owned them, the goblets and the other non edible items, for many years now. I gave up on cutlery and paper plates, as too many things to catch as they sailed past, and we just ate with our hands. It was quite fun. 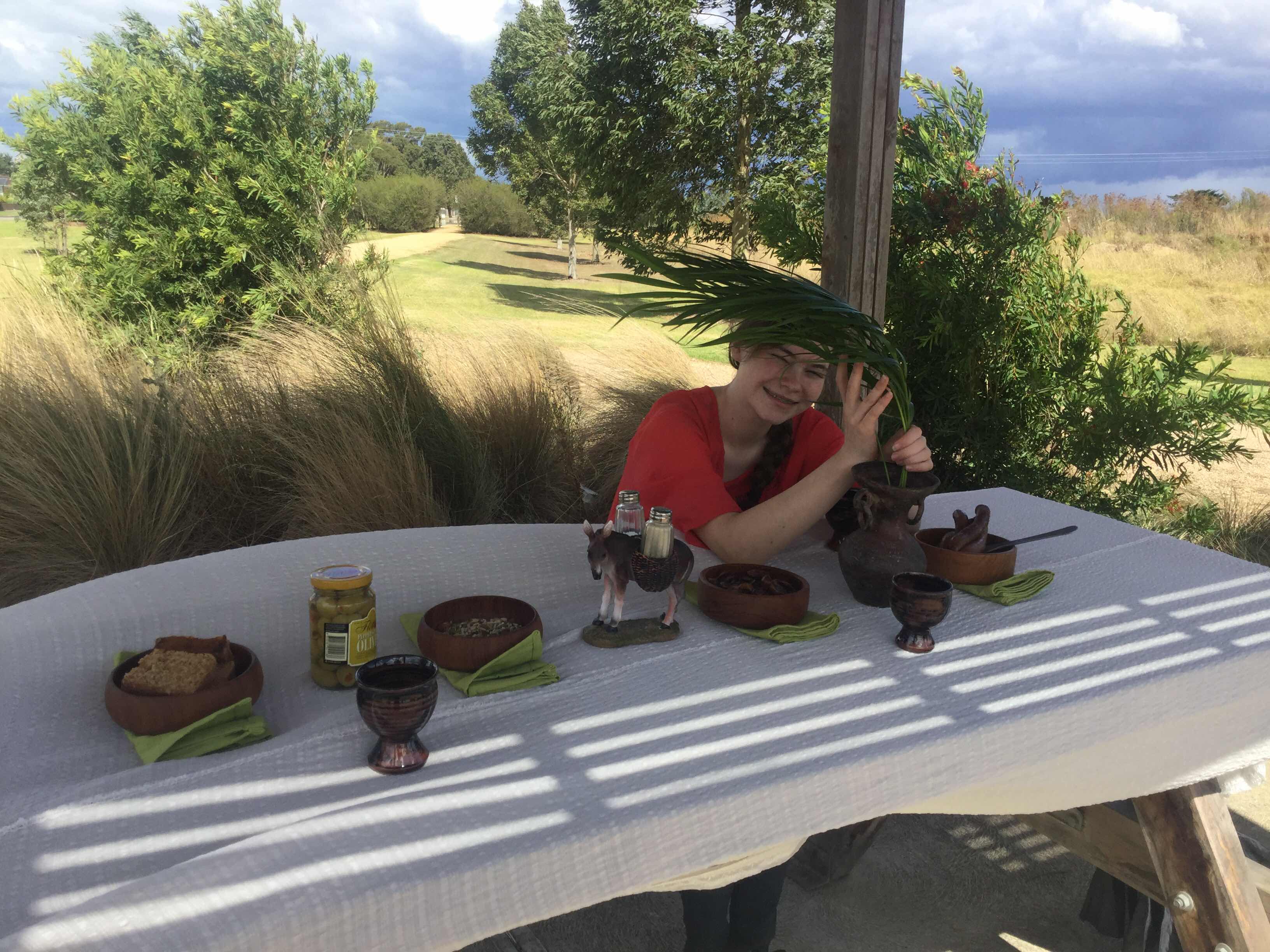 Copyright Runningonempty
Donkey condiment set . Jesus rode into Jerusalem on a donkey. He was rocking slightly in the wind, Acerules pointed out, so I called him Elvis: 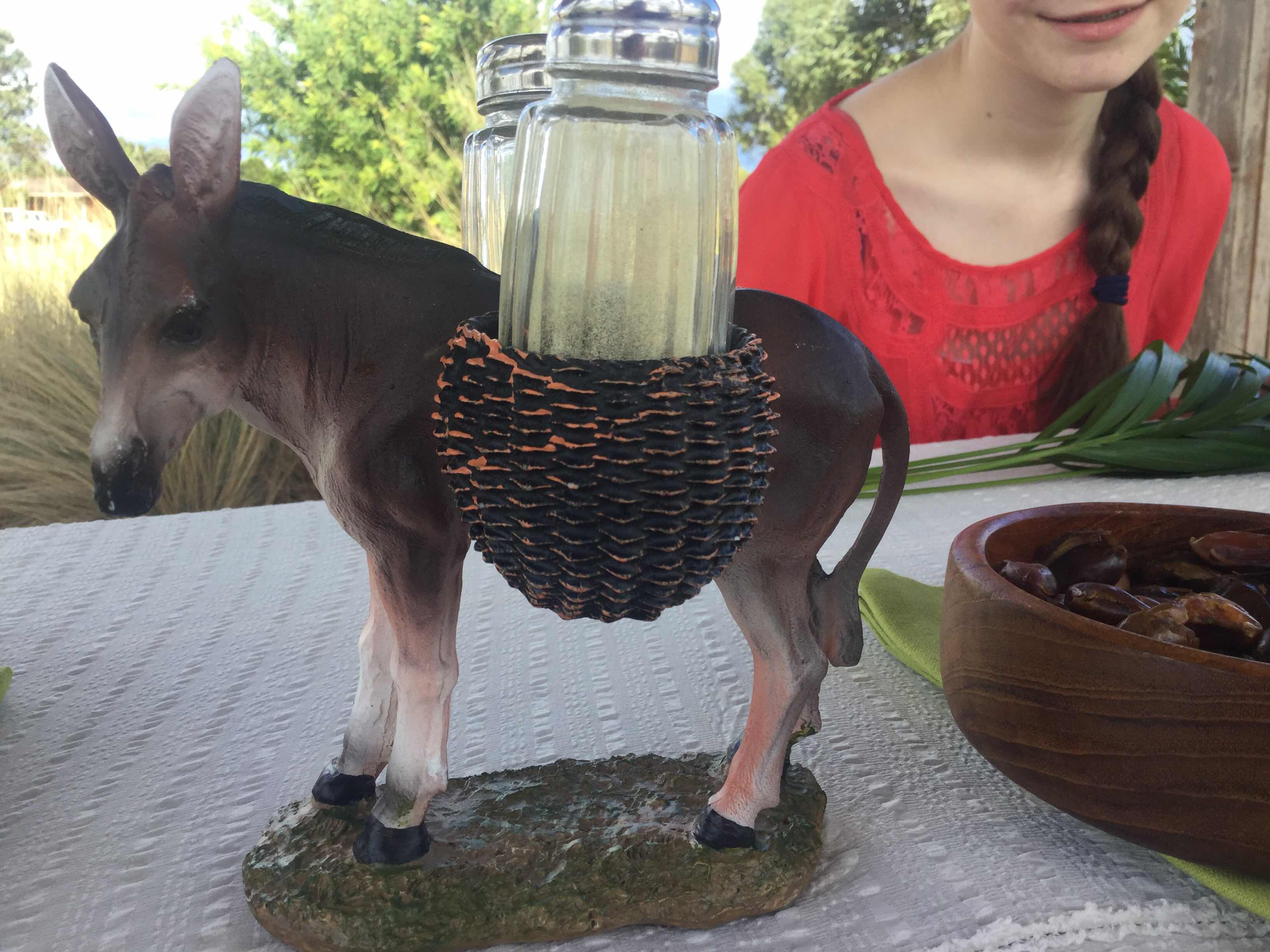 
Pottery vase I bought second hand about 14 years ago with a similar one. Maybe funeral urns? We don’t know. Would not be surprised if it was antique. Unfortunately it was a casualty of the wind, which blew it off the table when wrapped in bubble wrap to take home, it fell to the ground with a thud, and broke: 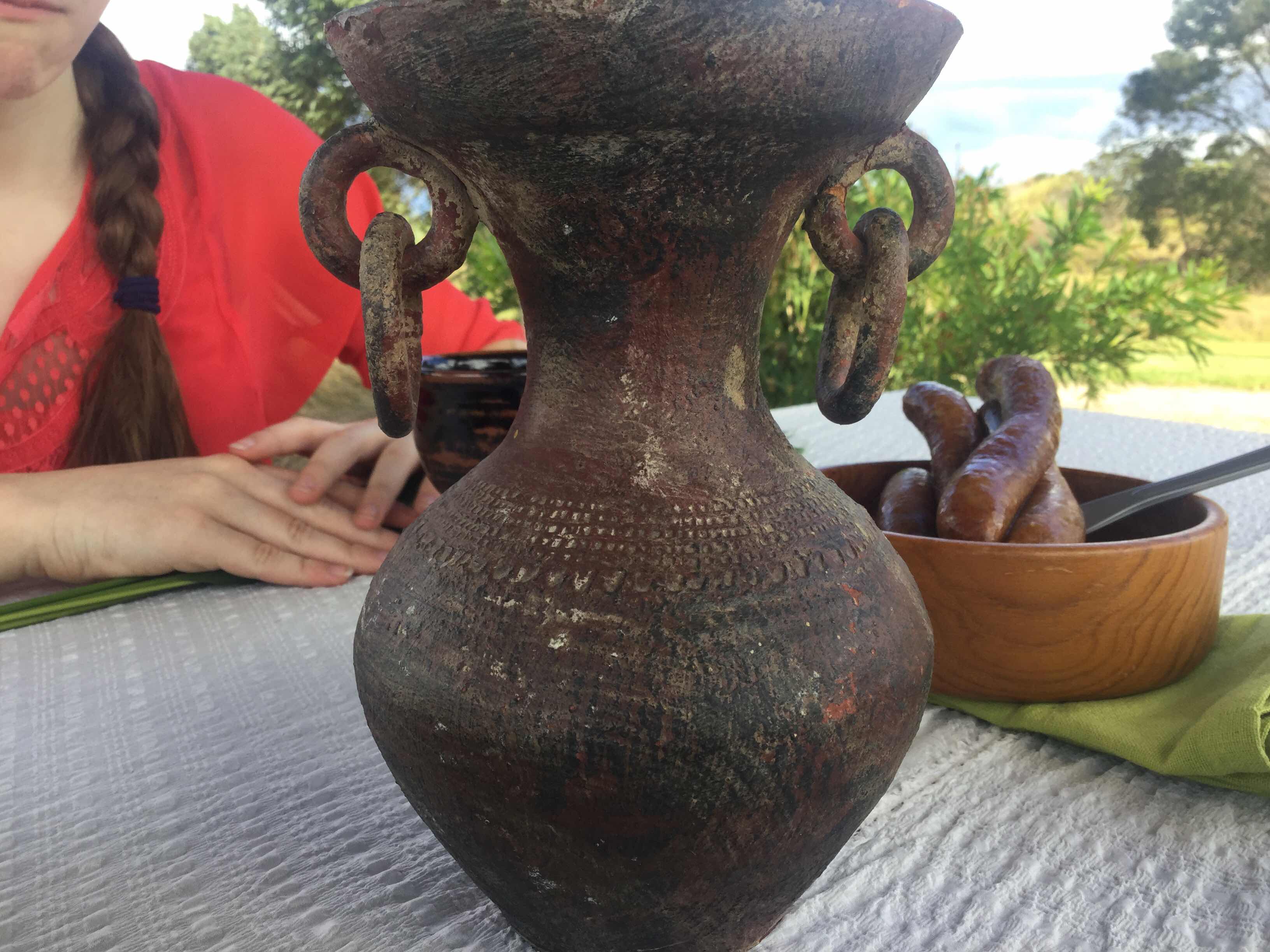 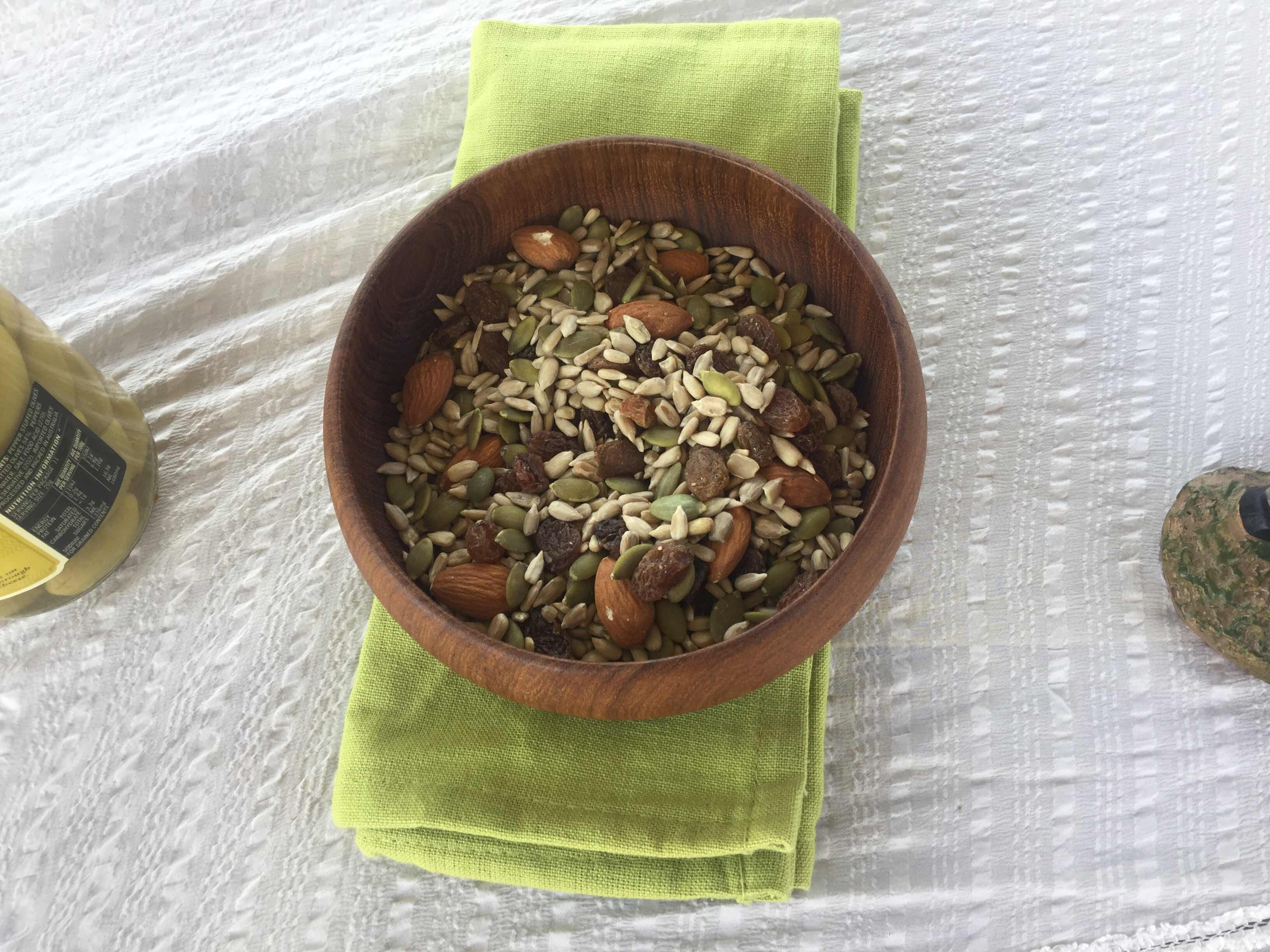 Dates - not too sweet, just nice . Found on palm trees , (but not by me) . Looks like the tablecloth might have been put on upside down, it wouldn’t surprise me, it was billowing so much in the wind when we were putting it on, I started singing “I am Sailing” which made Acerules laugh. 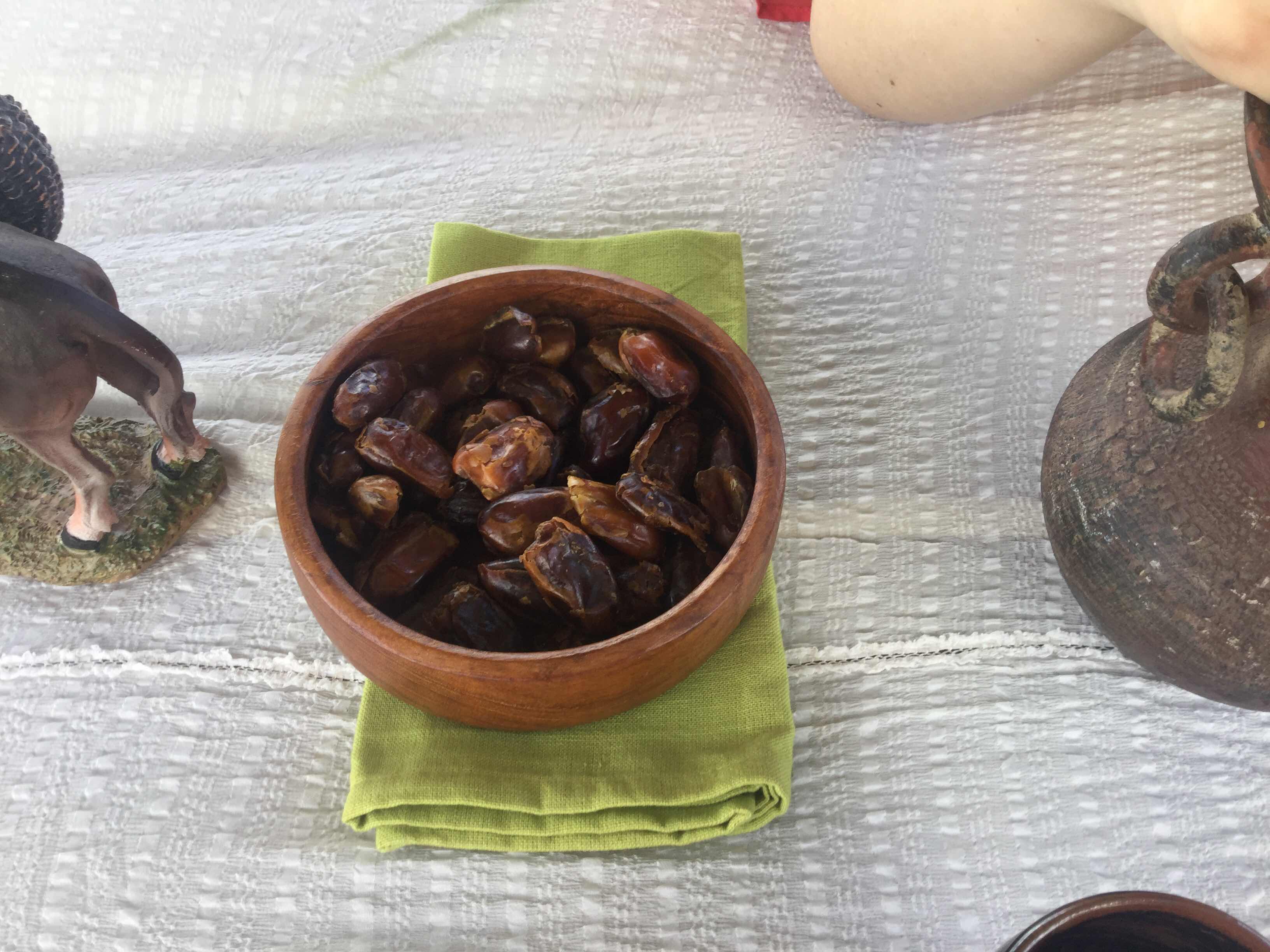 Olives, and honey cake with a bit of spice: 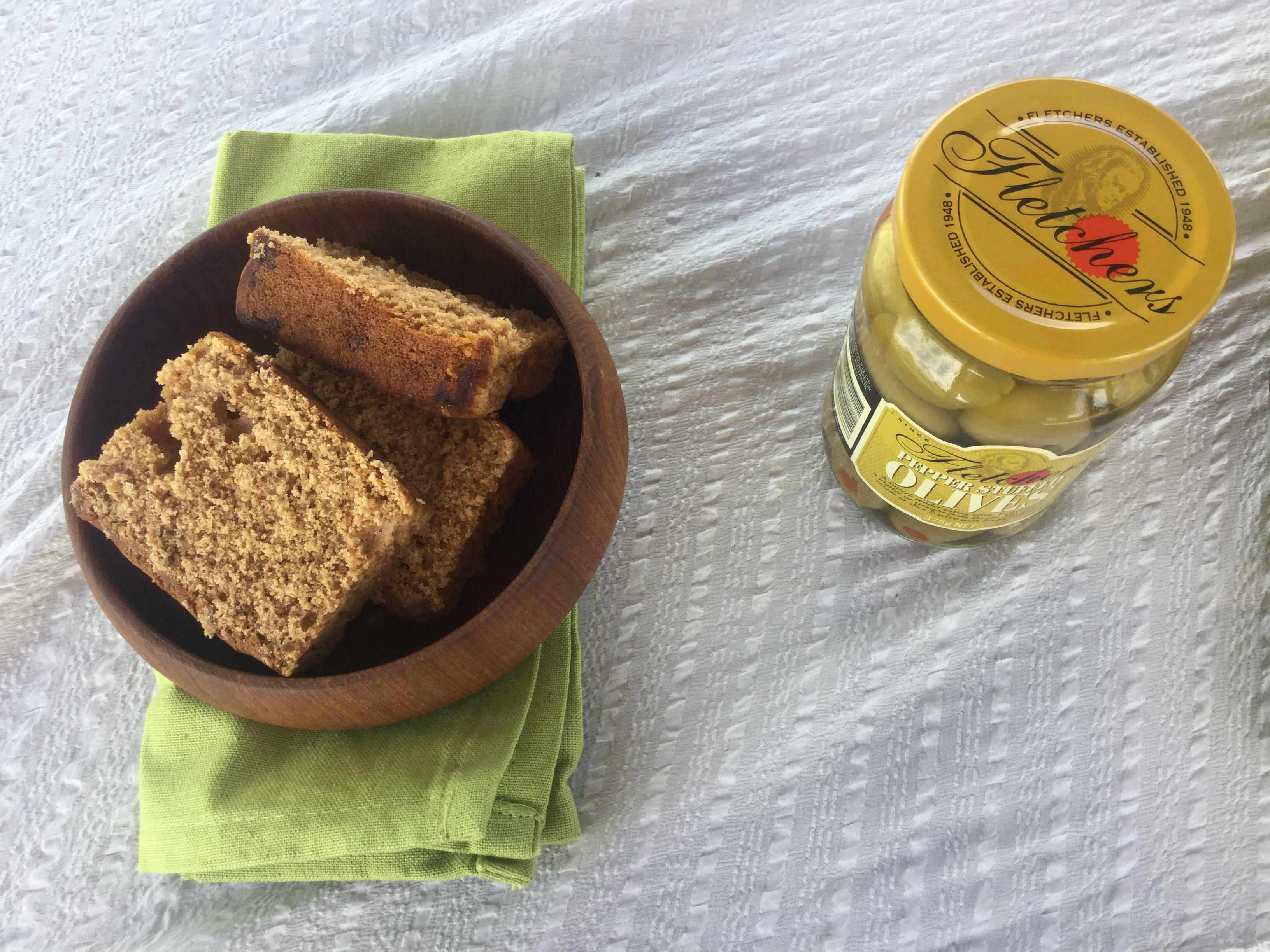 Plus, because it was lunch on a Sunday in the park, in Australia, natural skin sausages from our butcher . They look barbecued, don’t they? They weren’t, because a large group were using that section of the park for an Easter party. They are actually microwaved, with no added fat or oil, indeed some fat drains out of them in cooking. It’s important to prick them all so the skins don’t burst. To get them looking brown like that, try a bit less than one minute per sausage, but increase as needed. I brought them to the park in alfoil. 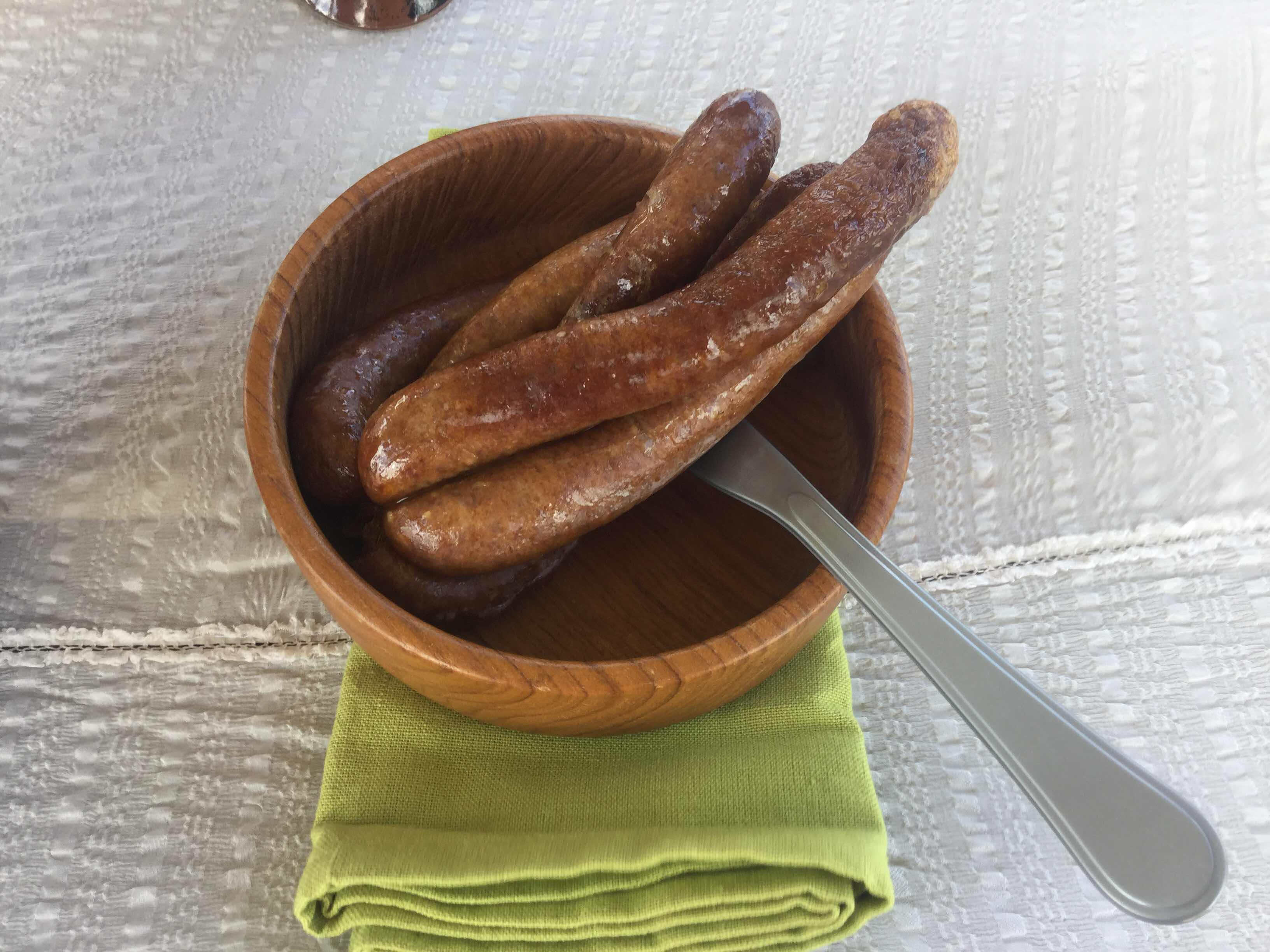 Do you know what is in a lot of our foods and other products that is harmful to nature, in the quantities that we are consuming it? It is palm oil. Large areas of tropical rainforest in Asia are being cleared to plant West African palm tree plantations. The native birds , insects and animals are being decimated. The public face of that tragic culling is this little guy, the orangutan. 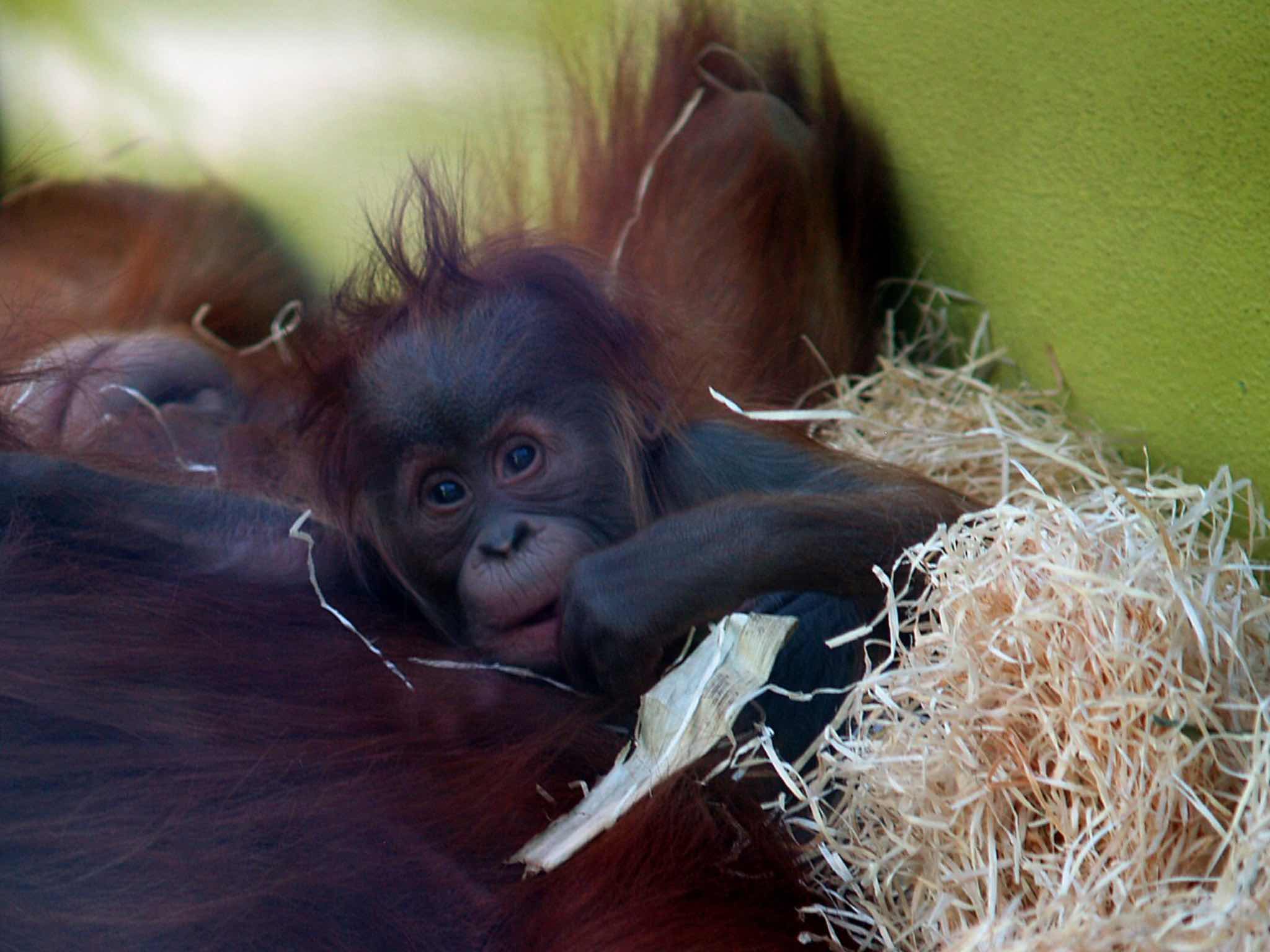 For some time now , we have been asked to cut out palm oil as much as possible as consumers, to save our furry friends.
“Orang-utans can live up to 50 years in the wild. Females first reproduce between 10-15 years of age. They give birth at most once every 5 years, and the interval between babies can be as long as 10 years.

Orang-utans usually give birth to a single young, or occasionally twins. Orang-utans stay with their mothers for the first 7-11 years of their life. An infant rides on its mother's body and sleeps in her nest until it is able to survive on its own.

The long time taken to reach sexual maturity, the long interbirth periods, and the fact that orang-utans normally give birth to just a single young mean that orang-utans have an extremely low reproductive rate.

This makes orang-utan populations highly vulnerable to excessive mortality, and means that populations take a long time to recover from population declines.”
- World wildlife Fund.
Here’s my post from last year on Palm Sunday:
My Palm Sunday 2017 link
Posted by Running on empty at 18:06

Hi Cath, I love the look on Mary's face with wind blowing! That is always nice to eat outside. I'm glad to always here from you. It all looks good. XO, love NA

Hooray, NA, your comment stayed up! They had been disappearing. Here we dont get snow so can eat out most of the year, and plenty of picnic spots and views.

How nice to have a picnic on Palm Sunday. Your wind situation is how it is in March here! Thanks for the scripture! Happy Easter!!