THE SMOOTHING OF PENANCE

Jane has written a poem:

A poem for Lent
The city's buildings have this look of Lent.
Hung with sack cloth, ashen with cement.
Across the skyline they shrouded stand,
Waiting for their resurrection.
Meanwhile we carry on with life
Just as always, secure in the knowledge
Of the remission of our sins
And the resurrection of tall buildings,
New teeth in the jawbone of the city.
Jane Bhandari in Mumbai, India.

A long list of online work, most of which you can find if you Google Jane Bhandari. Articles and poems mostly.

In ancient Israel, if they wanted to sincerely repent of grievous sin, people would wear sackcloth made from coarse goat's hair, and put ashes on their heads. Sackcloth, when I was growing up, was made of hessian. Again, a rough material. Not comfortable to wear, no good for bedding or furnishings as too scratchy, if you could afford better. Hessian is not refined, literally. The fibres have not been through further punishing processing to be made soft. If you run your hand over a piece of "dressed" fine sanded timber, it feels smooth. But the process to get it that way, is made of sharp and scratchy equipment and materials being applied to it. 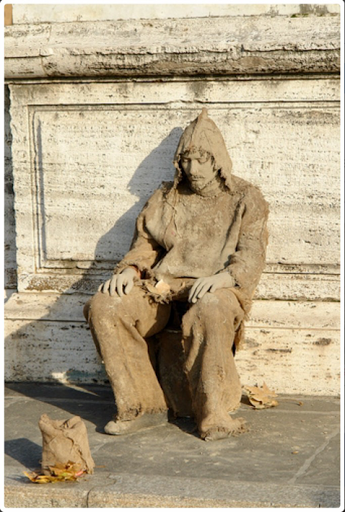 We too need to get out of our comfort zone in order to repent of our failings. Lent is a period of the year where we can do that. Some people do without creature comforts, some give more to charity, others do both. Regardless, if it doesn't affect us, if we can't feel it, our rough edges will not be removed.

In The Twelve Steps, people are asked to have :

"Humbly asked Him to remove our shortcomings.
Made a list of all persons we had harmed, and became willing to make amends to them all.
Made direct amends to such people wherever possible, except when to do so would injure them or others.
Continued to take personal inventory and when we were wrong promptly admitted it."

By the same token, this period must come to an end for people to remain healthy. Ok, you've realised your mistakes. Then comes the time of renewal. Quit beating yourself up. Put off the sackcloth, wash your hair, and stride out with a new sense of purpose. It's a new start.

"Amazing grace! How sweet the sound
That saved a wretch like me.
I once was lost, but now am found,
Was blind but now I see."

Took me ages to find a version of Amazing Grace that was not too sanitised, as the writer of the lyrics was an avowed sinner.

"Amazing Grace" by The Blind Boys of Alabama

If these people are really doing what they say, it's a site worth supporting

sackcloth and Ashes link
Posted by Running on empty at 09:01

“Forgive us our trespasses as we forgive those who trespass against us.”
It reminds me I have a lot of rough edges...


From my readings, it seems that every world religion has some form of "do unto others as you would have them do to you." I think the forgiveness bit is part of that. Some though, still do "an eye for an eye".

We also need to learn to forgive ourselves, as continued repentance just leads to depression. At some point we need to make changes and head forward.