This is a multi part series because of the quantity of photos.

Photos are by me, Runningonempty, and all copyright. Copies by request to my email, as they will be better quality.

This post below is written by guest writer Jabiru, my husband, and all opinions in it are his.

G'day everyone I'm Jabiru, recently my family and I visited the William Rickets Sanctuary in the lovely Dandenong Ranges. If you could ignore the other people it was quite serene, being surrounded by amazingly creative works of art in a beautifully lush bush setting. 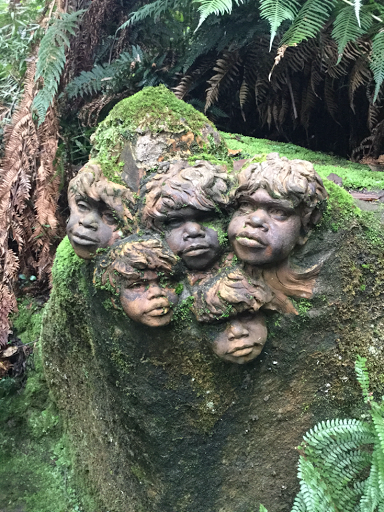 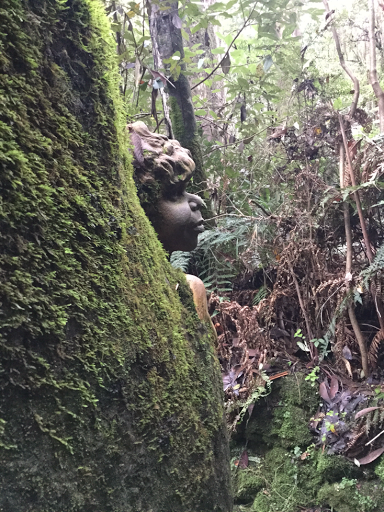 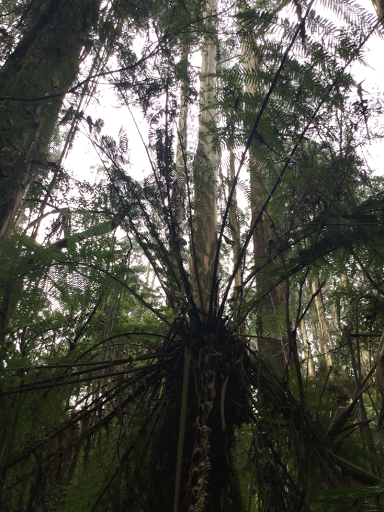 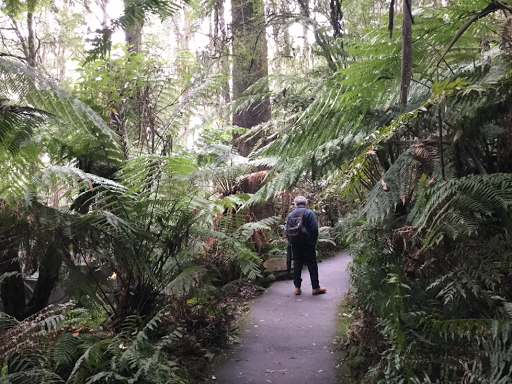 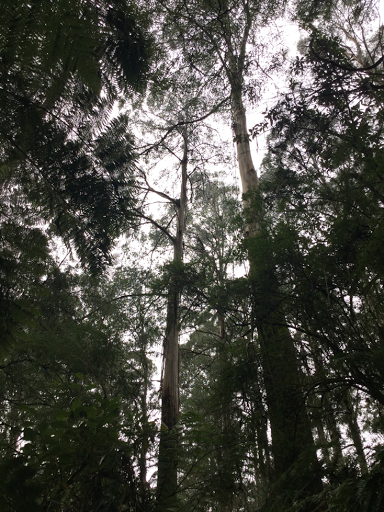 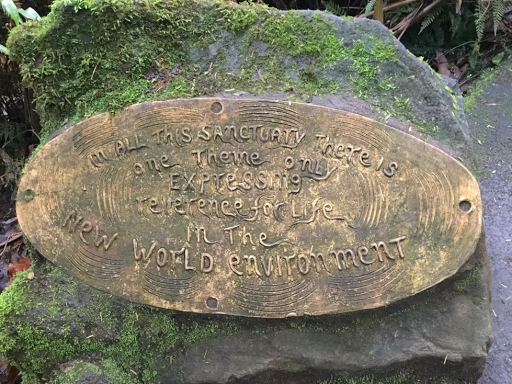 My favourite was the child with the possum on her head. 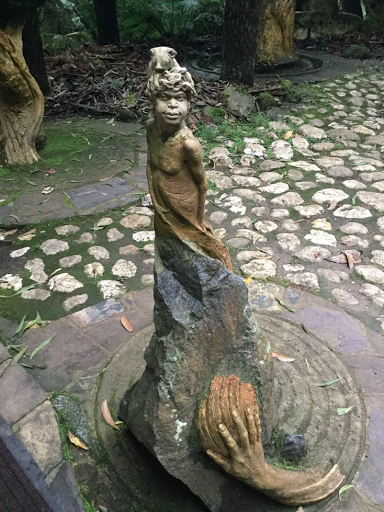 It's a very pretty rainforest setting with lots of ferns. It's quiet, dark and very green. We watched a video in what was his original log cabin home though now with the addition of a wooden floor, as he was content with only packed earth. 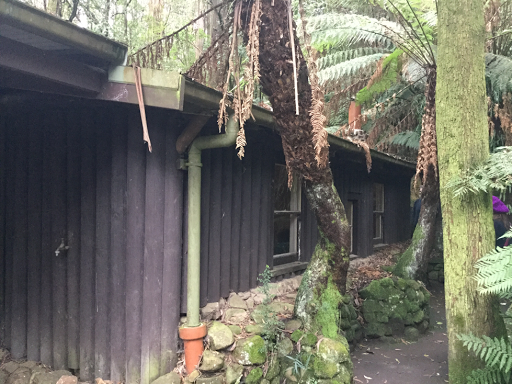 Via the video we were made aware of his world view which to my mind contained too much of Rousseau's Noble Savage. He implied Australian aboriginal life was idyllic, pre white man anyway, but they were hunting and killing the animals he was talking about. They had no way to store food so in really lean times some would have starved, hence their nomadic way of life.

His stated world view didn't encompass tribal warfare, painful initiation rites, scarification, and arranged marriages. Some Dreamtime stories have young lovers escaping their tribe, because one or the other is being forced to marry an elder. They would sometimes take women from other tribes too. There's good and bad in any society.

His environmental message was good and to be applauded but I think he was eccentric to say the least (but essentially harmless). In saying that, he was however, an incredibly talented artist who was methodical, driven and not at all concerned with making money beyond maintaining his very basic lifestyle. 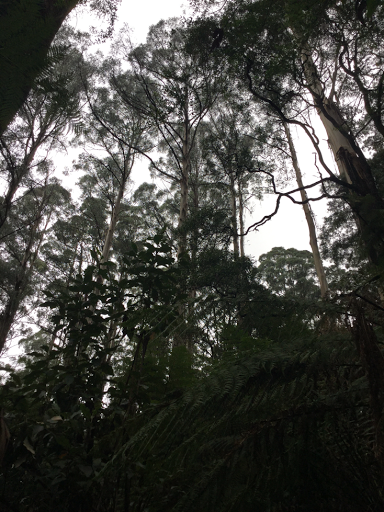 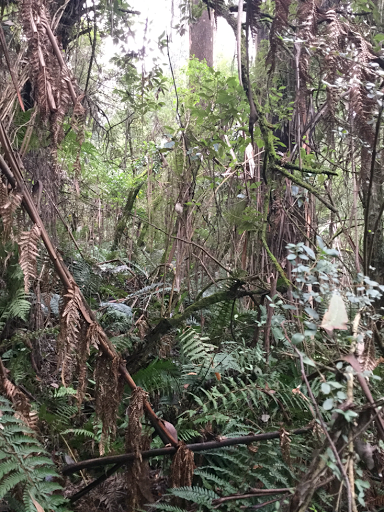 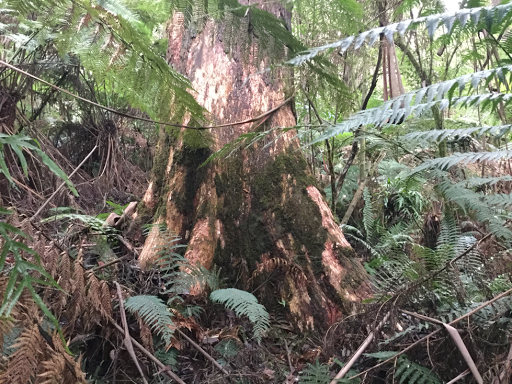 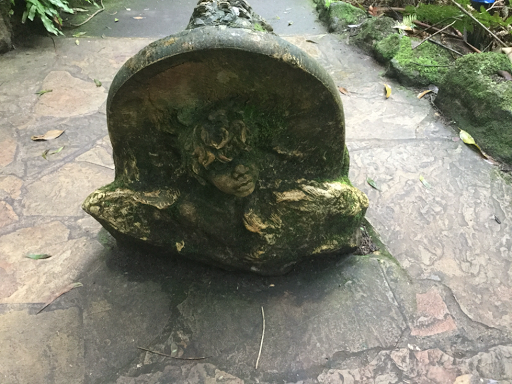 He obviously possessed a very moral inner core and in the end a generous spirit in leaving his many works for the general public to enjoy. 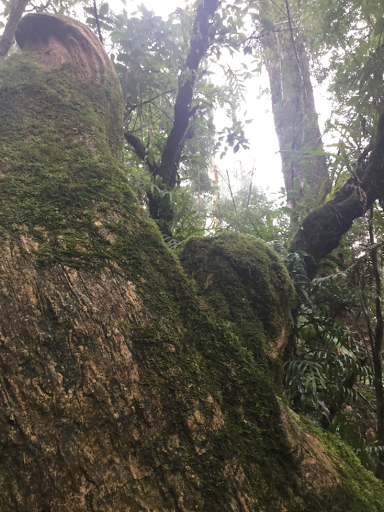 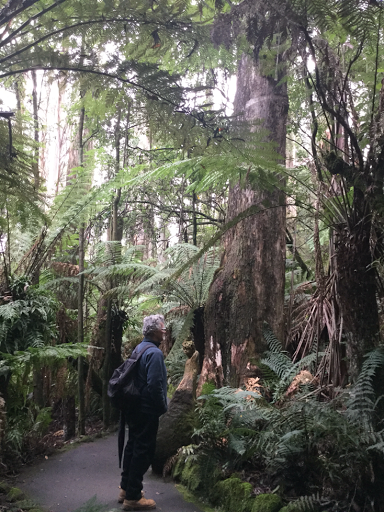 The sanctuary was certainly worth the trip and I would gladly go back another time for a longer visit and recommend it to anyone, locals or visitors from overseas. 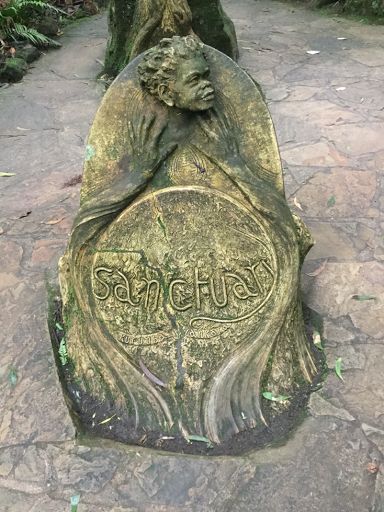 Very interesting. I can understand how it was meant to be a place for introspection.


Yes, the lady on the reception desk said some people go through it in five minutes because they don't get it. (Must have been running, there's 92 sculptures! Plus a 20 min video. ) Then the average is around 1.1/2 hours, but some stay for two hours to do meditation. I'd imagine midweek would be better for that, not weekends or school vacations.

Really enjoyed the video.
Looks like a very relaxing place to be. Something magical about being surrounded by trees n greenery.

I've always fancied living in a forest, albeit quite a tiny one because I'd still need all my city amenities very close to hand.
Actually scrub that, I probably mean just a big garden sized one really.
I do have got lots of trees that run alongside the old flint churchyard wall in my back garden, so I'm pretty lucky.
It's the main reason we bought the house but were told previous buyers had backed out because they were frightened to live so close to a graveyard. I guess it could seem spooky to some but I love it and there's a pretty low chance of it being built on to spoil our lovely view.
Very peaceful too.


I had a boring day, Darl, you just made it a little better.

"The Sanctuary - if you can ignore the other people, it's quite serene" :) :)

Sorry you were a bit bored:(

Closest I've ever got to a similar experience is I used to take my son to a dinosaur park with loads of other Mums when he was young. It was in the middle of a big old forest and we used to take picnics and there was a sort of quiz on the trail.

Liked the lack of businesses vying for your cash.


You'd get on well with hubby, Dan.

I'm a dinosaur on desktop computers, Fizz. Ok on iPad tho.

We used to go to a park near Old Government House in Paramatta , Sydney when my kids were young, same thing, no selling. He liked the playground and we liked the history.

Much enjoyed SANCTUARY - Part 2 aboriginal art and forest scenes. I've been on the same journey myself learning about Canada's Indigenous art and peoples.

These are 15,000 year old cultures, poorly recognized in Canada's 150th anniversary of what they define as colonialism. This generation is affirming their identity and breaking through on art, literature and music fronts.

Yes, Part 3 is still half written.