So, some are saying General Robert Lee in the US Civil War wasn't a good guy, that he allegedly authorised the rounding up of slaves and other African Americans, and had them forcibly moved away from their homes back to be slaves. If they resisted, they were allegedly tortured. Currently there is a movement in USA to remove statues of General Lee and others like him, and put them in museums, not leaving them in town squares. 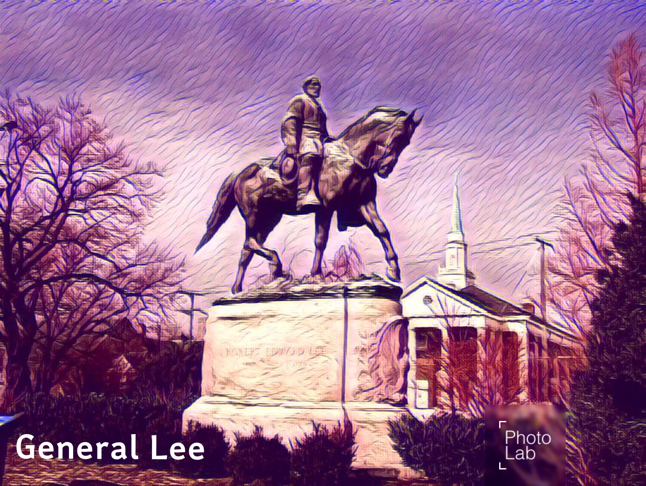 Cville dog creative commons
I like figurative sculpture very much, but generally prefer anonymous sitters. I like Henry Moore, his less abstract works. Jesus wasn't keen on people aggrandising themselves with huge likenesses in public, or having honours heaped on them, was he.

There are some people that deserve it, but they were human too, with faults like the rest of us, they just pressed on with something and achieved more.

On the other hand, for historians, sculptures of individuals have shown us what public figures looked like. I just don't think we should worship them. It's God's little joke that pigeons poop on them ;)
I would suggest that if you were only to put up statues of faultless people, you'd only have ones of Jesus, and possibly his mother left. Some saints did terrible things. Paul persecuted the first Christians. People can change, though, and do more good than the evil they wrought.
Statues of soldiers are almost always going to be problematic. There is a certain pragmatism and ruthlessness that comes with the job of general, (or indeed senator). Yet so many statues are of those people, despite the choices they make in their work often causing people to die. If you choose one path, you must reject the other, don't you, usually at someone else's expense.
Then there is the issue of people holding the cultural values of their times. Is that an excuse ? Well, I would say that on the issue of slavery, southern America lagged behind some other governments , which they were aware of, but they weren't the last to use them. In fact slavery still goes on around the world today, wherever unscrupulous people can get away with it. That is why we should all support non-profit groups that try to free people being held in slavery, and assist their reintroduction into regular society.
Should we aggrandise people who fought to retain slavery specifically? I'd say no. If they did something for the good of others that heavily outweighed that, then maybe.
The fact is, a nearly perfect person does not want a memorial in their shape. Part of being perfect is being humble.
Angus Mc Millan
--------------------- 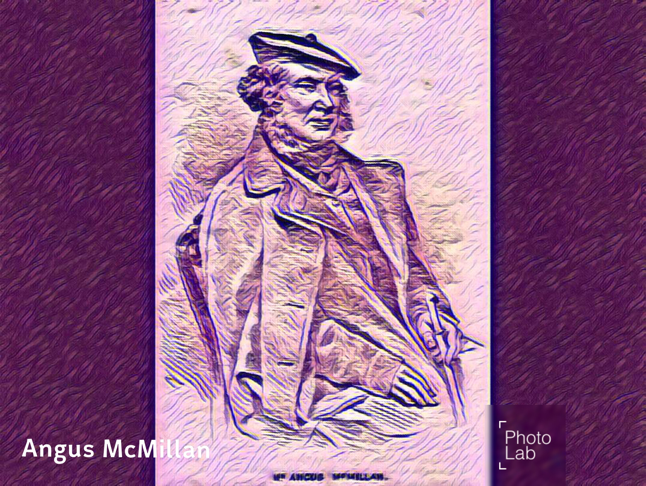 Quietly, there is similar talk in Gippsland, Australia, where I live, to rename an electoral division, currently honouring a controversial character called Angus McMillan. Even a family member of his wants to make amends to the indigenous peoples that he allegedly harmed. Some would also like to take down memorials to him. Here's the one in our town, photographed by me. It says "Angus McMillan passed near this place on 14 th February 1841." The plaque is mounted on a cairn, in a town memorial park. It's one of a string of cairns of different designs along the route that Angus McMillan explored, opening up the very rugged virgin bush of Gippsland to pastoralists, mostly squatters like himself. Towns and villages followed. 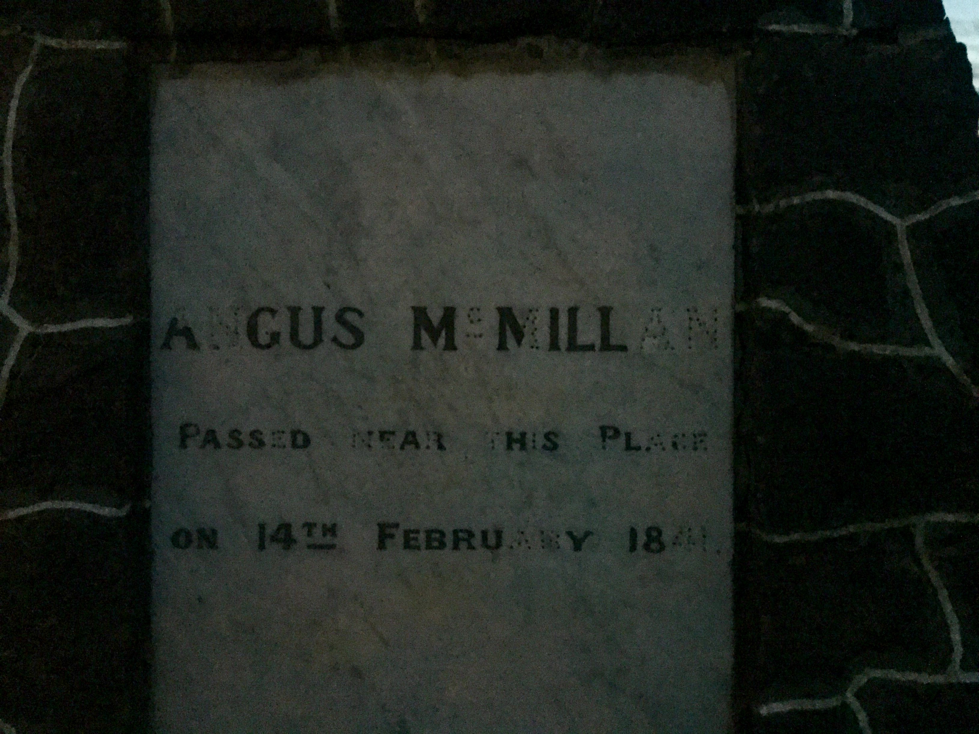 People in our town are too apathetic on the whole to insist on the destruction of this, though they are not repairing it either.
What is a cairn , and what is the origin of the tradition? Mc Millan was from the isle of Skye in Scotland. In ancient Celtic wars, and even later, when celts went into battle, they would deposit a stone on a pile before the battle, picking it up after the conclusion. Those stones that were not picked up were left as a memorial to the slain. Cairns around the world are also used as route markers, even today. Celtic traditions are heavy with symbolism and history. This could be an argument to retain the cairns, but how about the aboriginal culture (that may be older than 40,000 years) around here?
The indigenous inhabitants were almost wiped out by murder, and sickness brought by the settlers from overseas. The murders arguably amounted to genocide, and Angus McMillan is alleged to have led a band of mainly Scottish settlers, in many of the massacres around this region. One in our district was at Warrigal Creek. Ostensibly this was in revenge for a very few of their own white community being killed, allegedly not without provocation, and a white woman from a shipwreck supposedly being "abducted" , which some historians and the aboriginal people believe to have been a mistake. There is a beauty spot in our district called "White Woman's Waterhole" named after her.
In reality , what the settlers were engaged in was a "clearance" the same as the English had done to the Scottish, especially the Celtic Scottish people. They had been driven off their lands and out of their homes, mostly for sheep grazing. There is a massive statue, 30 m (100 ft) tall, in Scotland,  remembering the Duke Of Sutherland, who did that. 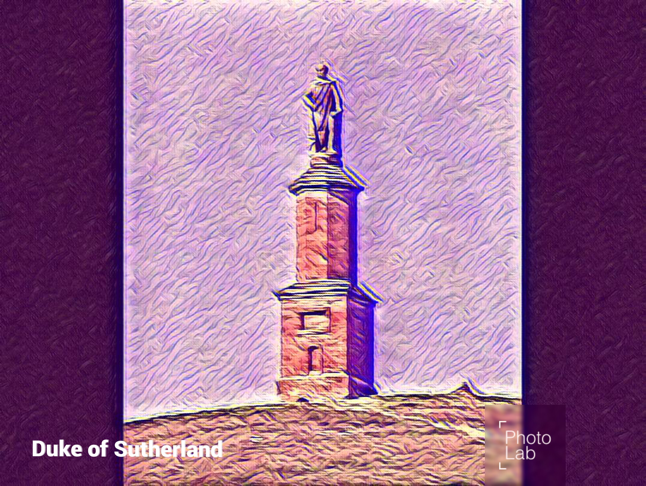 Bill Henderson creative commons
Many want it removed, it is getting progressively vandalised. Others want it kept as a reminder not to do it again. However, there is an alternative, more appropriate sculpture for that now, remembering the displaced.
So some came here and did the same thing, again often for sheep grazing. A saying here is that Australia was built on the sheep's back. We grow beautiful wool and lamb here. Was the sheep more important than the aboriginal? No. Humans are more important than animals, or profit, especially as big profit flows to the few, at the expense of the many. That is simplistic, but isn't all morality? Rules to try to live by.

"For myself, if I caught a black actually killing my sheep, I would shoot him with as little remorse as I would a wild dog." The full quote follows. 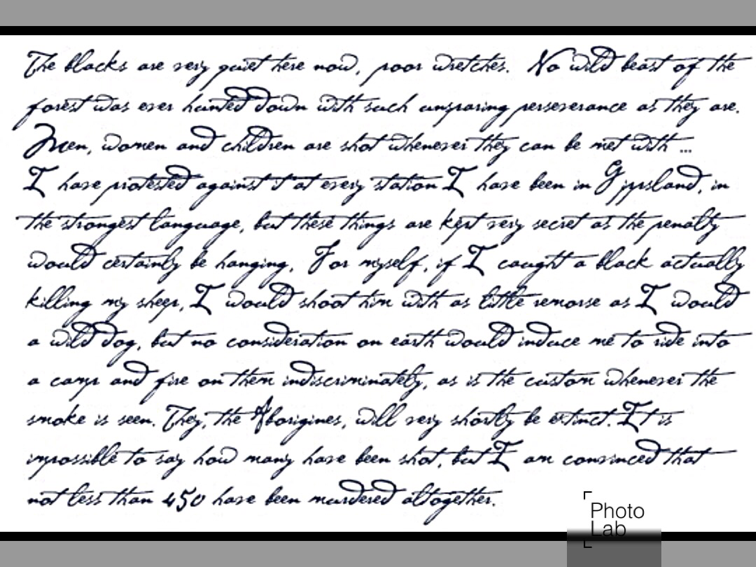 "... The blacks are very quiet here now, poor wretches. No wild beast of the forest was ever hunted down with such unsparing perseverance as they are. Men, women and children are shot whenever they can be met with ...

I have protested against it at every station I have been in Gippsland, in the strongest language, but these things are kept very secret as the penalty would certainly be hanging.

... For myself, if I caught a black actually killing my sheep, I would shoot him with as little remorse as I would a wild dog, but no consideration on earth would induce me to ride into a camp and fire on them indiscriminately, as is the custom whenever the smoke is seen. They [the Aborigines] will very shortly be extinct. It is impossible to say how many have been shot, but I am convinced that not less than 450 have been murdered altogether...".   Gippsland squatter Henry Meyrick wrote in a letter home to his relatives in England in 30th April, 1846.

Much of the genocide of the Aboriginals, (and slavery of Torres Straits and other peoples up North) in Australia has been swept under the carpet , ignored in history books, and hidden by family historians. (A Scottish ancestor of mine was one of the original settlers of this district. I don't know if he was a member of McMillan's Highland band posse or not. He was a shipwright, which was needed, so I imagine too busy . ) We cannot criticise apartheid in South Africa, or slavery fought for by General Lee, without taking a good hard look at ourselves, and what we have erected in our public spaces. If it's a cairn to mark a significant route, then fine. If it aggrandises a racist bully, not fine.

If Angus McMillan's life choices were weighed by God and found not to be wanting, in the balance, then let's leave the memorials up as his route markers, being an explorer. However,  having  an electoral division, scout halls, streets and public schools etc named after him , as they are, might be due for reconsideration. Certainly I think the aboriginal community would appreciate it.

In 40,000 years, before white settlement,  I don't think they put up any large figurative sculptures celebrating any particular persons. They also didn't destroy their environment. Who was more civilised, us, or them?

If you could make a memorial of anything, what would it be?

Right now? Maybe one to writers. It's harder than it looks!

General Lee did not want any Monuments to him. He wanted to move on from the war and look towards the future. I doubt he would want White Supremists waving Confederate flags and eulogizing him as a white supremist. The statues are being idolized rather than being used to teach the history of the enslavement of a race. There are many in the South who have never gotten over losing the Civil War and claim the flag and statues are just part of their history. It is a part of history that should be shameful rather than revered.
Many of the statues were erected after the Civil Rights Act in the 60s and represent White Supremacy rather than a will to move ahead with equality for black people. The Confederate War was was about White Supremacy and the statues represent that.


Thankyou, KE, I didn't know he didn't want memorials to himself. In a post I did on the seven deadly sins, I showed an Egyptian pharaoh, who had huge likenesses of himself erected during his lifetime, I'm sure readers can think of many more.