This is part 15 of the series I'm writing in the lead up to our daughter's sweet 16 Venetian Masquerade baroque ball coming up this month. Please read the other 14 parts.
We are into the home straight now.
These guys are great! Son of a Bach -Badinerie

Preparations continue fairly constantly now for the party, as it’s not far off. The big push this week was to get the invitations out, which have a central medallion shown here: 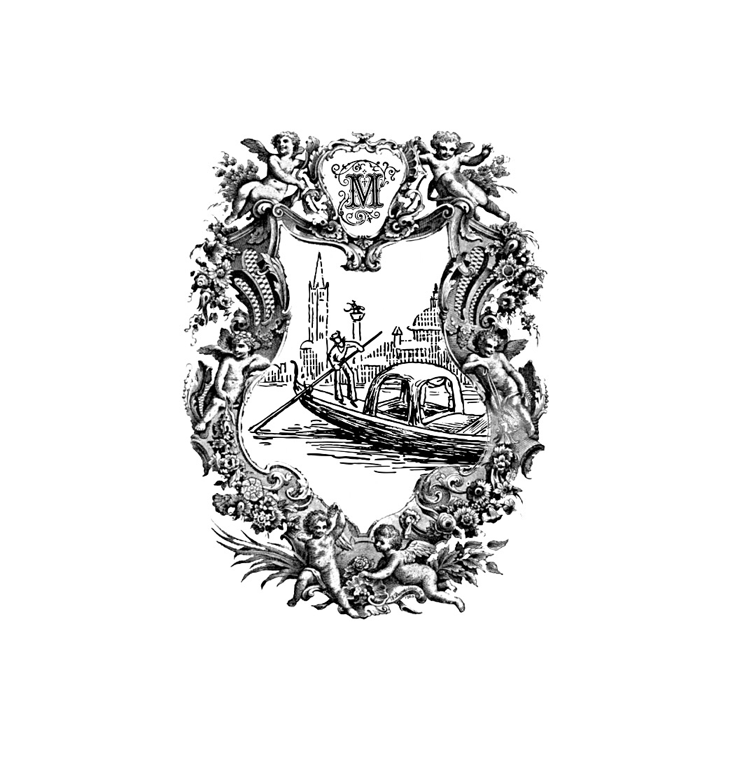 They were done months ago, but had to be redesigned due to the change in venue.

Most copies have black ink, on metallic silver/pearl  paper, with matching envelopes in hot pink, as I needed to save money on colour copying. The cost came out roughly the same with the special paper though, so that’s something to keep in mind. I think a paper invitation is important at teen parties, as the more online invitations, the greater the security risk, I think. Horror stories abound in this country, of hundreds of gatecrashers turning up. I also register all my big parties with the police, so they are forewarned. 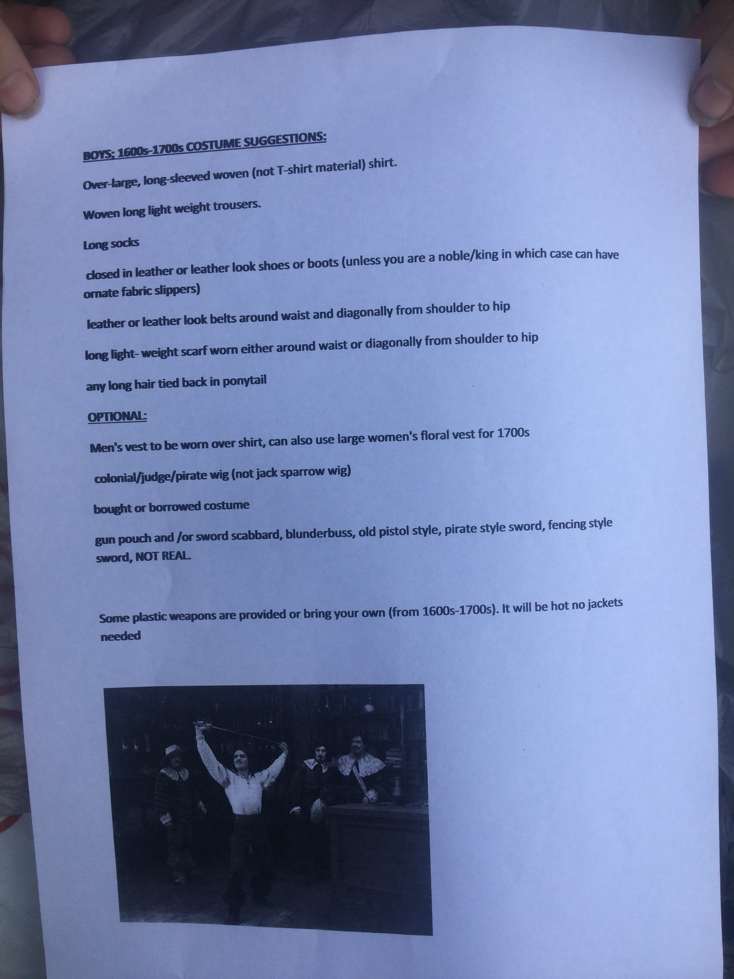 We had to commission photocopying of the gift registry information, to include on a seperate sheet. It’s not good etiquette to put that on the invitation itself. If you’re using a big department store for a gift registry, they will give you cards to include, but we are using a small-town pharmacy. It’s ok to use a gift registry for a milestone, big occasion, as long as the list has items starting from a low price point, and lots of options. The family is usually pretty tapped out of funds after the event, and the recipient appreciates getting things they can actually use, and are not allergic to. A few years ago, we used a registry at a local electronics store for hubby’s 50 th. He received lots of media type items that he had not been able to afford all the years since we had kids. That party was expensive, with a cinema movie and dinner dance, with stage entertainment, so it kind of evens out. If we did not have it, we could buy the gifts ourselves, but would not have had the social occasion with friends.

In the olden days, the mother would administer a gift registry informally, and it wasn’t called that. It was lots of time spent answering the phone to people who were asking what would the recipient like? Gift registries free Mum up to do the myriad of other tasks needed on a big occasion.

Acerules was instructed by the assistant , to place her wished for items in a basket, and I encouraged her to add lots of low cost items, starting from $1.99 , that are things she needs to use on a regular basis, like soap , teen skincare and shampoo,  as well as more luxury items like bath products, and makeup;  and wearables, like socks and scarves.

Guests can ring up and state their upper price limit, and be told what’s remaining under that amount. That always reminds me of Hugh Grant at Four Weddings and a Funeral, and the snobby store, where the gifts on the registry started at a very high price. That’s bad. It’s the thought that counts , not the dollar amount. I couldn’t find a clip of that, but this is funny

We have been, in addition to the usual bill payments, making progress payments to the party suppliers, and picking up bottles of lemonade half price on sale yay! 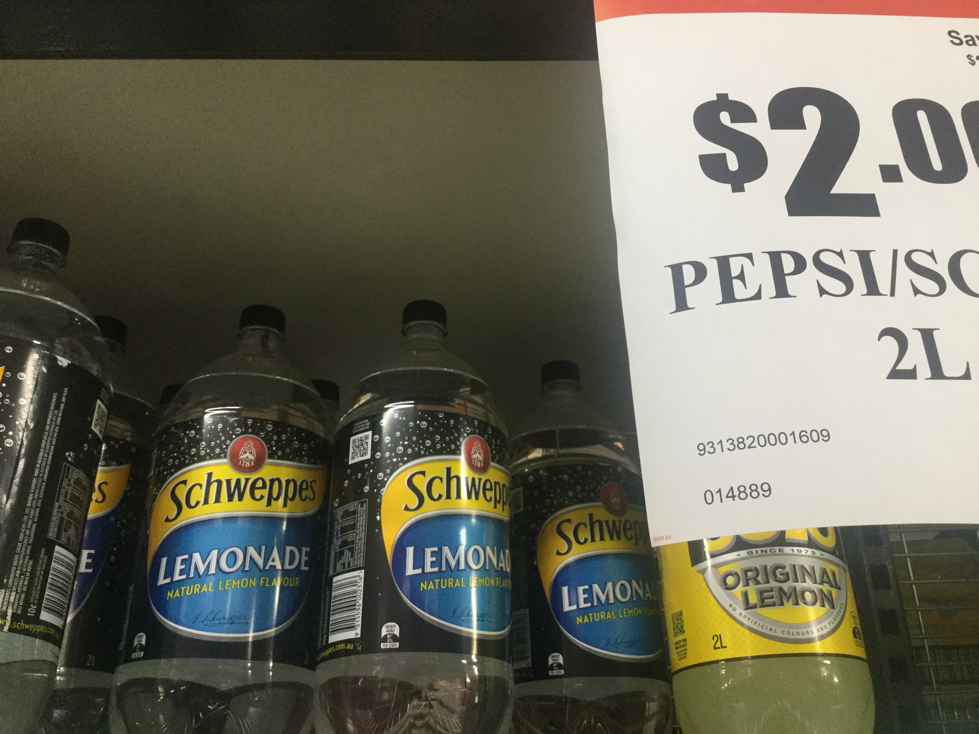 Lollies (candy, sweets, ) were also on sale nearly half price, in the raspberry colours and fruit shapes that coordinate, so I snapped them up, they are a brand with no artificial colours , flavours or preservatives, like that brand of lemonade (Schweppes). The lollies are by the Natural Confectionary company. Our kids grew up with them. 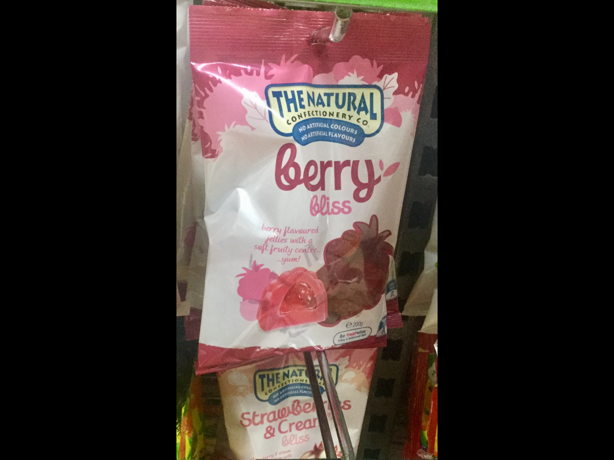 Also on sale, we purchased a big cask of water with a tap, so that guests can help themselves when they’re hot from dancing. 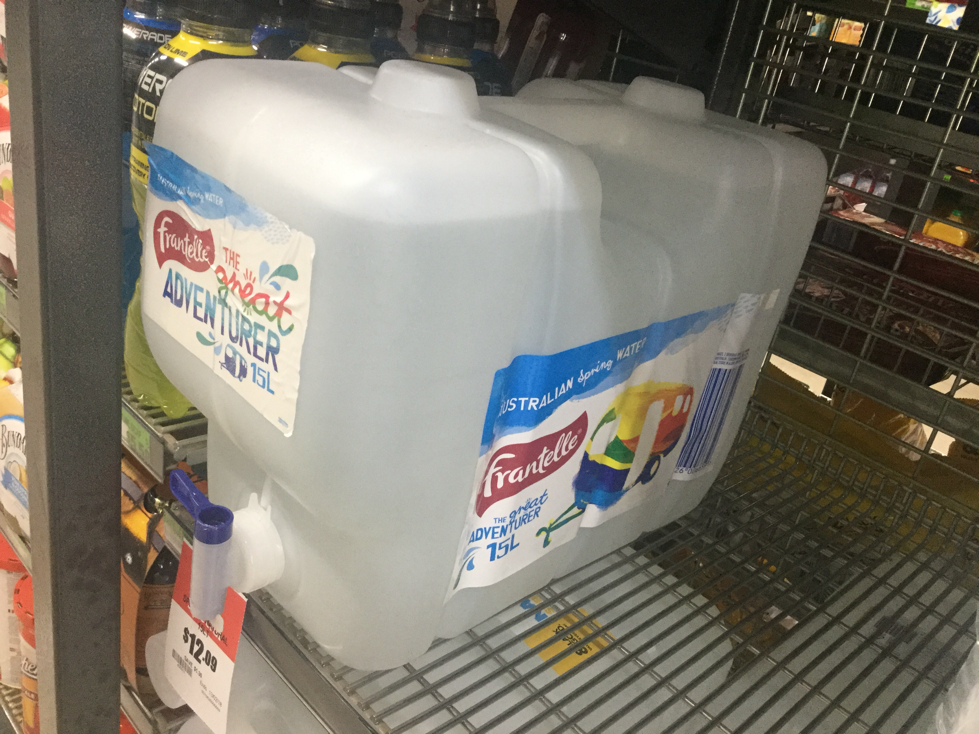 I still have to buy the punch ingredients yet. They will be delivered to the hall on the day, with food ingredients and fruit for the tables, the store agreed.

Hubby and I chose , in consultation with the bakery staff, and paid for the birthday cake, we are keeping it a secret from Acerules, so I won’t describe it here. It will look very unusual, and fit right in with the “over the top” decor! That will also be delivered.

Much consultation has gone on, and progress payments, with the café making the fried Venetian seafood dish, and the tiramisu. She said it will be a lot of work for her and is charging accordingly, hope the guests like it! She also will deliver on the night, at dinner time. I will be cooking other things in the kitchen there, so no time to make those. If I wasn’t decorating also, maybe, but one person can’t do everything. Hubby is now going to take the day off work, to do the heavier jobs, like carrying furniture etc. One of his qualifications is in cooking, so hopefully he can help me out there. I’m hoping that our tomatoes will have fruited by the time of the party, as we have many plants and it would save some money.

We made a progress payment to Katja, who is still making adjustments to Acerule’s outfit, and making a few costumes for Acerules friends who turn up without one. Here’s a lesson in “reduce, reuse, recycle” again. This costume was made by her from a doona (duvet) cover and matching pillowslip that I provided to Katja from the thrift shop, and some lace from my Ebay friend in Queensland. Designed by Katja. 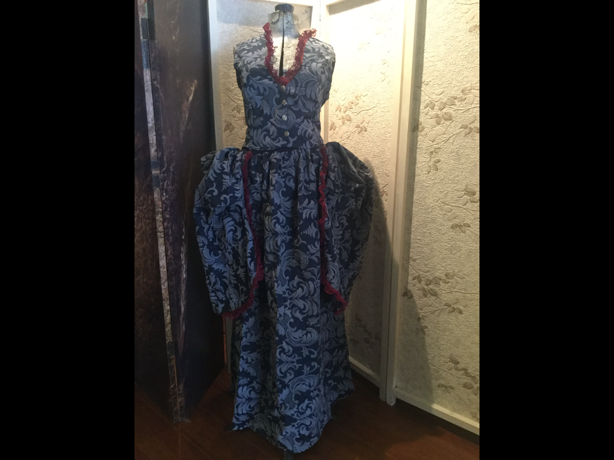 This other outfit, modelled by Acerules , for the purpose of the photo with an old black skirt of mine, was made by Katja too. I gave her a thrift shop short satin dress, cut up the front middle of the skirt, and a frilled pillowslip, to cut up and sew flounces and sleeves. The girls are required to wear a long skirt. 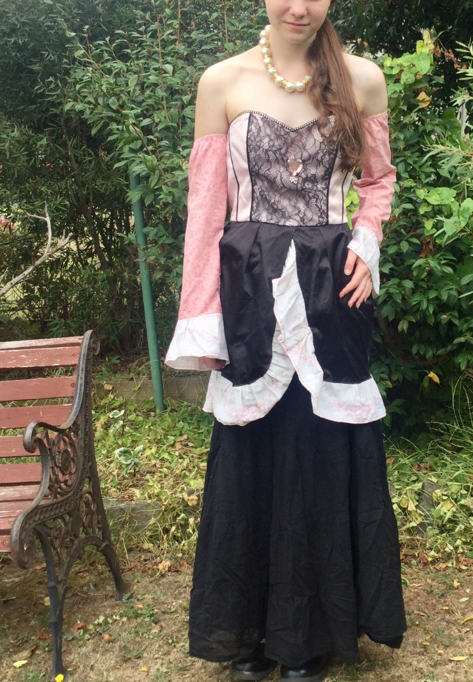 Materials were fairly cheap, for example the pink pillowslip was $1 au. I’m mainly paying for her labor. Jewellery shown was provided by Katja, who gave us a bag of “jewellery bits” from her store yesterday for free. The broken bits will be attached to masks when we decorate those. Katja has this year also sewn a traditional Italian style clown outfit, and lace ruffles for other boys. She’s still working on a vest decorated with lace cut outs from an old lace dress of mine, for hubby.

I had earlier this year, also bought a big bag of vintage traditional jewellery from her, to give out to the girls to complete their costumes. They can choose when they arrive. The bus we have hired from the town where Ace goes to school, will arrive, then the teens can get dressed and titivate for the first half hour. “Playing dressups” is part of the entertainment! I wonder how long the plastic swords will last with the boys? Hope they are a bit gentle! We have plastic blunderbusses too! I’ve been collecting plastic weapons of the style of the 1600sand 1700s, at discount stores for 3 years. We even have some disco swords that glow in the dark! I bought hubby a delux plastic sword. I wanted to get him a real one, but you need a permit in Australia. There are a few felt hats for boys I need to decorate yet.

Today I detached all the faceted crystals from the vintage chandeliers, which took awhile. They are not needed for a Venetian Murano chandelier look, and can be put back on later if desired. Acerules is most likely going to keep one or both for her adult home. She will have the option to use them with or without the crystals. They are very fiddly to manipulate, though, I had to use needle nosed pliers. Chandeliers are definitely not for those that want low maintenance!

Hubby has today cut off lots of acrylic flowers from a no longer functioning string of outdoor solar lights, that’s been on the side boundary fence for a couple of years. These will be attached to the chandeliers, wait and see they will all look better when done! 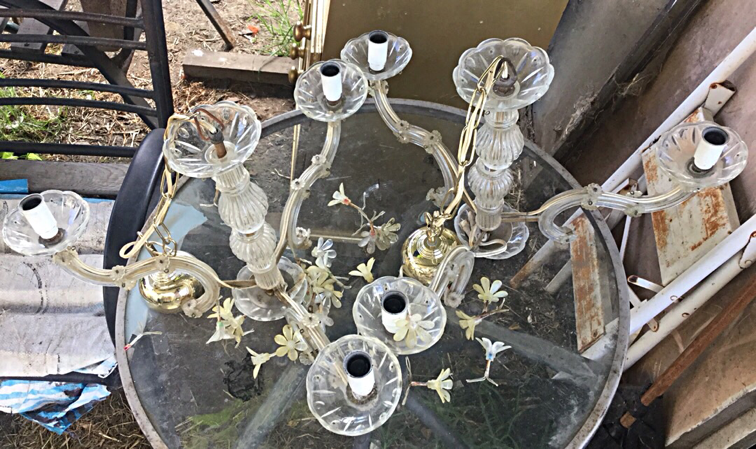 Email ThisBlogThis!Share to TwitterShare to FacebookShare to Pinterest
Labels: how to put on a masquerade party, how to put on a Venetian party, Natural food company lollies/sweets/candy, Schweppes lemonade

You have certainly planned a beautiful event for your daughter’s sweet 16. The party sounds lovely...I hope everything will go as planned!

Thanks so much for coming back, Pam. I hope it goes well, too, for Acerules sake! At our age we can shake things off more easily, I think.

Hi Cath, It's so cool & will be fun. I love your creativity! The outfits are amazing. Pretty lighting. Wishing you all the fun/best! from NA

Wow. I dare not show this to my daughter, who will want to know why we didn't have elaborate parties for her when she was young! Actually we were so broke, and I was teaching in 3 schools, our celebrations mostly consisted of a movie for the whole class with heavy snacks. All we could afford and all I had energy for!
This is such a special party you have planned for your daughter.
I am so impressed.

Thanks, Jane, it’s back to the grindstone of trying to pay off our bills after this!

I didn’t know you were a teacher, seems I learn something new about you all the time,a renaissance woman.

Hmm, just rembering, one of the parties we threw my son, was to the movies. We all saw Wall-e, the animated Pixel movie about a cute robot after the Earth was destroyed by pollution, and mankind had to leave. A very thought provoking film, all world leaders should have to watch it.