The wheels on the bus ,  excerpt:

Funny spoof of the TV series "On the Buses":

Is it ethical to put bus drivers out of work?

Where is the deterrence to rape and theft if there is no driver on the bus?

If GPS devices often misdirect drivers, what happens when a driverless bus gets the route wrong?

Who deals with all the non-driving duties like cleaning up after a passenger has motion sickness, or administering first aid?

I can say for myself, that as a female I feel safer on a bus or tram, than on a train, because of the deterrence to crime afforded by having a driver visibly sitting in the same space. 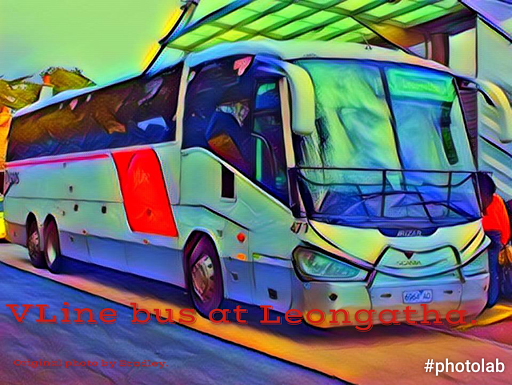 A bus driver can be a social contact for many people. Our bus drivers in our area are very polite and make small chat as you get on, unless they're very busy. They put on music or radio news at their discretion. We can pay in cash, which means "Big Brother" does not know everywhere we go (a pet hate of mine).

When I was alot younger, age 17- 18, I was taking the same bus to work every shift, in a big city.  The bus driver got to know everyone and it was a pleasant atmosphere. I liked to go to a big market and buy things, even a pair of lovebirds in a cage once. (Advice, don't buy pets at markets, they had an infection.) One day I got on the bus with a pair of folding chairs. The bus driver looked at them , paused, as if he might deny me passage, and said "You know, you don't have to bring your own chairs, we have some provided!!"

Link to article on UBER driverless cars in Pittsburg USA

link
Posted by Running on empty at 09:15

I have heard of demonstrations of self driving cars dropping people off and parking themselves and that sounds pretty good to me. It will be great for older or handicapped drivers. One thing that is a worry is the fact many careless drivers will still be on the roads. Will they make a special lane for the driverless cars? It sounds as if it is inevitable so we may have to get used to it.

That's a good point about older or handicapped drivers Kathy. My Mum would have loved to have kept her car but gave it up due to becoming wary on our busy roads. She relies on buses now and would really prefer not to. However, when it comes to buses driving themselves, I definitely think that has quite worrying implications from violent attacks or just verbally abusive thugs. Also should anything go wrong with the computer, and it does happen, the casualties would be many many more.
The loss of jobs and safeguarding effect of having a bus driver, not to mention their helpfulness, is possibly even more extensive than we realise, but the march of progress does look set to move in this direction, so yes, we probably will just have to put up with it, like a great many other things.

Thought I'd weigh in with some views! (If nobody minds)

Generally speaking, violent attacks in broad daylight on public transport are quite rare and so I don't think the presence of a bus driver will significantly affect the number of people getting hurt. It can be compared to attacks in the street. They happen from time to time with or without an authority figure or CCTV present and result largely from a social culture where alcohol abuse and the disintegration of the family structure is commonplace, rather than whether or not there is a driver on the bus. However, as you say if the drivers are first aid trained, we'd be getting rid of an important point of assistance for an emergencies that may happen, which is a concern. Hopefully there will in most cases be other passengers with mobile phones but still, it's much better to have someone on the scene who is trained. The flip side is that automated transport might be an improvement in terms of fewer crashes so might work out safer overall, as I suspect road traffic accidents are a greater cause of injuries and deaths on transport than assault.

From what I read and watch in video talks, there will be many changes in the job market due to automation in the coming decades. It seems unclear what the consequences will be for the average person although as a society, we tend to make changes that promote economic prosperity so in theory the average citizen will benefit from an increased standard of living due to the efficiencies in the market, so long as social inequality and the distribution of wealth doesn't worsen too much, which seems to be a possibility.

There may be structural unemployment in the short term. The term "Creative Destruction" is used by economists to describe changes like this, where for example horses were replaced by cars. The skills needed to breed and ride horses are very different to those needed to make and drive cars so in the short term there were a lot of changes to jobs and training. I don't think we generally regard these changes as unethical though, they're just a result of changing circumstances. Unless we take the view that humanity has progressed way beyond its original biological patterns and has become more like a disease to the planet than a welcome guest, a view that I wouldn't disagree with.


Good to see you back commenting here Dan!