IS GOING ARTIFICIAL REALLY THAT INTELLIGENT? 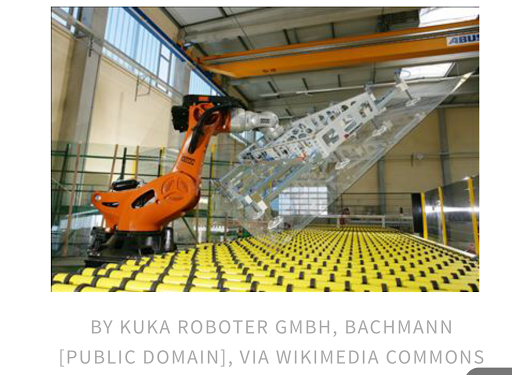 Some years ago, the government, in its wisdom, decided to stimulate the birth rate in Australia to provide a generation to work and pay taxes. These taxes, it was said, would pay for the needs of the ageing baby boomers generation, the largest amount of people to simultaneously age in this country. They used the taxes of my generation, to pay out a "baby bonus" to encourage births.
In addition, the government increased immigration. Those people were also supposed to work and pay taxes.
What they didn't factor in with all of this, was the rise of robots and computers designed to replace workers. At my local Woolworths, many checkout points are now unmanned. At our nearest Kmart, almost all checkouts are self serve only. My bank has a "hole in the wall" Automatic Teller Machine outside. On local farms, huge equipment does the work of ten people, with only one operator. These are the visible robots. We don't see all the ones in workplaces off limits to us.
I read that the use of robots in the workplace is poised to explode.
So, if the generation that was born because of the baby bonus, is not working, because robots are doing the jobs, how are they going to pay taxes to support the aged? Also, who will pay their unemployment benefits and other social necessities, like schools and hospitals?
Just wondering.

Very good interview on the topic of robots taking jobs in the future and the future of Australian jobs:
expert interviewed in safe link
mining robot link
Posted by Running on empty at 21:27

Robots are taking human jobs. But Bill Gates believes that governments should tax companies’ use of them, as a way to at least temporarily slow the spread of automation and to fund other types of employment.

Managing the human race is as critical as our delicate eco system. We need birth control to arrest population growth. We need economies that can support the population with useful productive lives and that definitely includes having enough jobs to go round. We need massive investment in sustainable replacements of our diminishing fossil fuels such as wind, tidal and solar powers. I don't think we're good at critical thinking and addressing these issues head on. Human rights such as supporting letting people reproduce unchecked whilst financially supporting them is not something I'm in favour of as it could very well be obscuring far greater problems further down the line. Technological advancement is fine if it is not depleting our own usefulness, but it has to measured against actually making ourselves redundant, and unfortunately, financial profit always seems to win the argument. We have maybe become too clever for our own good and like spoilt children we maybe need some cruel to be kind restrictions.


Bill Gates has a good idea there, Kathy.

Financial profit for companies seems to win the argument with politicians, plus legislation lags far behind the problems that come with technology.

One restriction that immediately springs to mind that's gone totally unchecked is pornography on the internet. I think it's done and is doing so much harm to our youngsters

That doesn't surprise me at all. Giving children easy access to graphic pornography when they have no template of timely and organic reference is bound to adveresely corrupt them.
Even Russell Brand who was a sex addict, more or less stated on his blog that he did not recommend pornography because of the objectification of women and that it totally detracts from the human aspect of what is simply put 'love'.
I'm no prude but the prosess of becoming an adult is fraught with enough problems without having to witness and compute the vagaries of 'adult relationships' as well. I'm sure some young girls feel especially pressured to live up to very unrealistic expectations and some young boys come to expect very unrealistic gratification.