We live near the coast. Many people here enjoy fishing, and it used to be one of the commercial industries here. Now not so much, though a couple of restaurants here are supplied. We also get tourists here with their boats.

Taken in a local town outside the pub: 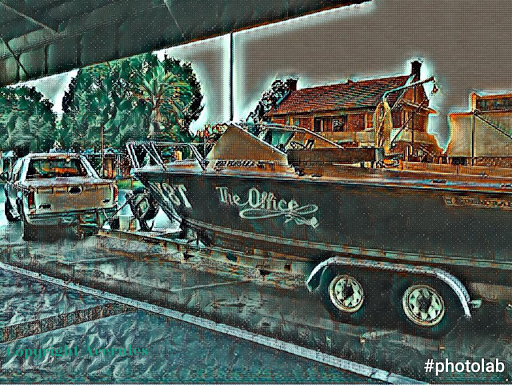 My daughter said " so a husband could ring home and say  'I'm in the office'. "
Reminded me of my first husband, who loved the concept of a nightclub existing in Melbourne, in the '80 s , called "Mother's " since he told me about it, he couldn't use the excuse on me.

This new series is about St Peter , in time for Easter coming up. Quite an interesting bloke, and an inspiration for all of we ordinary sinners.
According to the Bible, Peter was originally called Simon, and was a fisherman, from Bethsaida, on Lake Galilee. I have read, that fishermen in those days were pretty rough types. They had to be fit to manually haul in the full nets, hardy to weather the frequent brutal storms of their waters,  didn't mind their language, you get the picture. Like alot of the workers around here today, tough. We do know that Simon was plain spoken and unsophisticated. He was married. 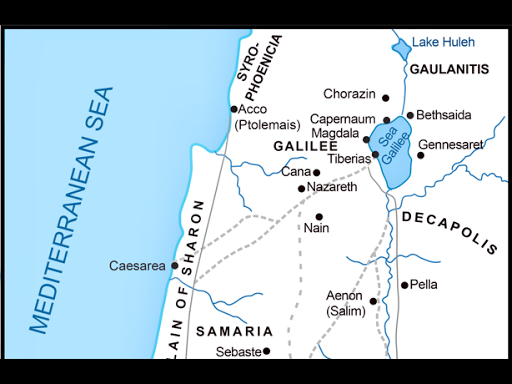 Along comes a charismatic man called Jesus, who called Simon and others to follow him. They dropped their livelihoods and left! Just like that. Simon ended up being called Peter, or "Rock."

Jesus performed a miracle in their fishing boat. Their nets were coming up empty. A disaster financially for them, and unfortunately a real thing in today's world where huge vessels overfish the waters, causing small coastal fishing businesses to become unviable, around the world. Anyway, Jesus made their nets become so full, they had trouble pulling them in. From Peter's wife's point of view, she was certainly going to need it.

Then he taught Peter a lesson in trust, helping him to walk on water. Peter began to sink when he stopped trusting in Jesus. I know the same happens in my life when I lose trust in people I love. 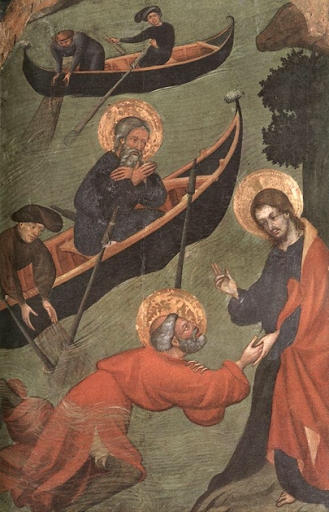 Off they went, walking in sandals around Israel and Judaea, down into Samaria. Crowds were growing. Peter was out of his comfort zone. He had questions of Jesus, often confused, as most of the answers he got back were in parables. I suppose he got used to the miracles. Maybe not. I had a gifted son, and I wouldn't say I completely got used to the amazing things he could do. I did accept them as fact though, no longer wanted to disbelieve my own eyes. 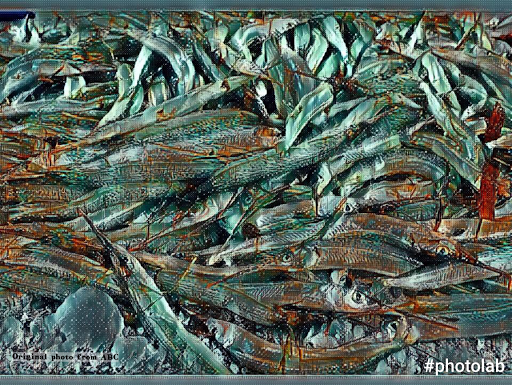 Fishing issues in our region

Let me know what you think if the issues I raised, in the comments.
Posted by Running on empty at 12:27

Save me, I'm sinking ..... who hasn't said that in prayer, or pleaded desperately (if silently) to be saved by fate or by friends from being overwhelmed? I really love Peter, for his huge failures to be perfect and his immense humble victory, in the end, of hard won faith. It's not about being perfect, is it? It's about finding the strength not to give in to your own sense of guilt and inadequacy.

When I meet / hear about "perfect" people, I always wonder what they are hiding. In my church, even the saints were allowed some flaws.

Definitely agree about the whole perfect thing. I'd much rather hear about real life with all its imperfections.
There's something very suspect about people that have no problems, not to mention pretty boring.

What I admire more than anything is honesty and humour, and honesty is often very funny because it explodes myths about perfection.