WARNING: THIS POST IS NOT SUITABLE FOR CHILDREN UNDER 15 years. ADULT CONTENT.
It's long, so get yourself a cuppa and get comfy. When Princes William and Harry of Britain were young, their parents were divorced. During this period, no doubt they got teased alot at school, that their father wished he was a tampon, and asked by other boys if the Dodi was extinct yet.
They had to travel alot back and forth to visit each parent, some distance. They said they didn't see their mother much at one period, just before she died. Their mother, of course, was the tragic Princess Diana. One day she rang them from overseas, her last contact with them, and they cut the phone call short, wanting to get back to their friends. Now they say they regret this. Of course they were young, and not expecting their Mum to die in a car crash.

noun
From the Merriam-Webster dictionary.
Maybe we should plan for such events though, those of us who are old enough to know people can die at any age. Do we value others enough while they are alive? When we go out the door , do we always say goodbye, or are we too upset, or don't care. When we come in, do we say hello? Do we tell our loved ones that they are? These things are the basics. I read about a woman who said recently she made her husband sleep on the couch because he had hardly been home, and he died that night from unknown causes in his sleep. Later she found out he'd hardly been home because he was doing something nice for her. She has regrets, she's telling the world.
Everyone has regrets about things they've done, unless they have brain damage. Apparently the difference between regret and remorse, or guilt, is that it applies to wishing we had done certain things, too. For example, in our country a few years ago, there was a campaign to get children to speak up when another child was being bullied. A song was put out to support the campaign, by Kate Miller-Heidke, a classically trained Australian turned pop singer. How many times do we fail to stand up for what is right? Even signing a petition, if enough people do it, it sends a powerful message.
Excerpt from "Caught in the crowd".
"
It was after school in the afternoon
The corridors were crowded as we came out of the rooms
Three guys I knew pushed him into the cement
Threw away his bag and said he had no friends
He yelled that he did and he looked around
Tried getting up but they pushed him on down
That's when he saw me, called out my name
And I turned my back, and just walked away
Yeah I turned my back, and just walked away
I was young and caught in the crowd
I didn't know then what I know now
I was dumb, and I was proud
And I'm sorry
If I could go back, do it again
I'd be someone you could call friend
Please please, believe that I'm sorry."
Songwriters: Kate Miller-Heidke / Keir Nuttall 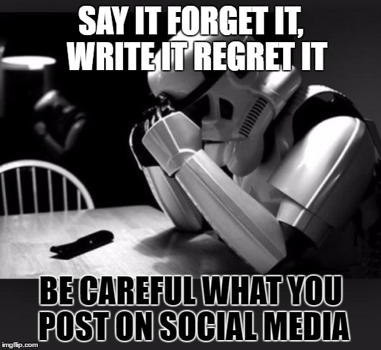 Edith Piaf famously sang a song about how she regretted nothing , from her colourful life. Interesting as, though she was a great , great star and rightly so, she had also been a collaberator with the Germans during the occupation of France in WW2. She changed her opinion, by her last words.
Excerpt from "Non je ne regrette rien", in English
"With my memoriesI light the fireMy pains, my pleasuresI don't need them anymoreI'm done with the lovesand all their troublesI'm done for everI start over with nothingNo, absolutely nothingNo, I regret nothingNot the good that has been givenNot the bad, it's all the same to meNo, absolutely nothingNo, I regret nothingBecause my life, because my joystoday, they start with you."
by Charles Dumont, with lyrics by Michel Vaucaire. It was written in 1956. 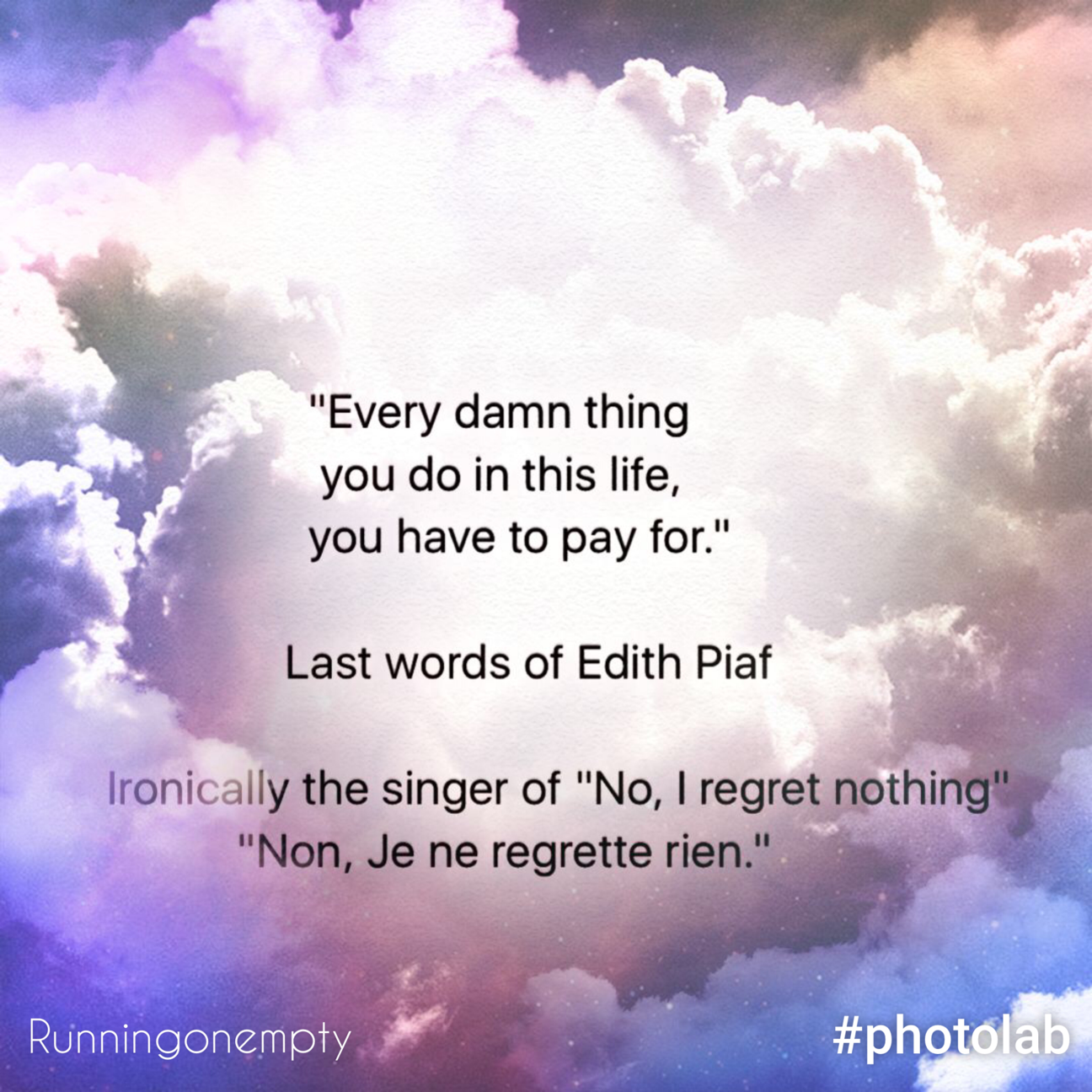 Hi. It's very important that you read part two, which has a slightly more uplifting ending. It's called What I've Done part 2.
Thanks for reading!