(Warning, semi nude historical art, that may offend some people.)

On the foment of revolution and how it is caused by hunger.

"Give us this day our daily bread" - Jesus

The Winter of 2016 here, in our Aussie country town, our bigger supermarket kept running out of bread. This went on for over a month, maybe longer.   First the "plain wrap" (supermarket brand)  85cents au white sliced bread would run  out, early in the day, then the more expensive: the wholemeal and multigrain plain wrap loaves, then the flat white Lebanese bread, and so on up the price ladder, until by mid afternoon, only the $6 au brands remained.

As a flow on effect, the smaller supermarket would also run out of bread, early, except for the most expensive loaves. This had not happened before during my residence in this town, there were  always bread of all kinds in the bigger supermarket, available in the evening, even the cheap kind. (Only once before, I remember shortages, because flood waters in the outer areas, cut off the highway into town. That resolved in a day or two.)

We know multiple families that struggle financially, and their inability to get the 85 c au bread was really hurting them. That demographic is not unusual in our area, where there is moderately high unemployment. Also the dairy farmers were hurting very badly from  abnormally (some say criminally) low milk prices paid to them, less than the cost of production. Certainly they couldn't afford to feed their kids $6 au loaves of bread. They were lucky if they could fill the petrol tank, to get into town.

I was not happy about this situation. It seemed to me that the "plain wrap" loaves were maybe being deliberately withheld , by the behemoth supermarket chain,  in an attempt to make us buy the expensive brands, with the bigger profit margins.  Evidently, it was working , at a time in our region, when many were on their knees trying to survive.

Some of you might disagree who know me, but at that time, I wasn't an agitator by nature. I'm a mother, though, and part of my job is making sure my family gets, at minimum, the basics. By my calculation, between us and our chickens and ducks, we were going through 14 loaves of bread a week. The bakeries here make lovely bread, but it was too expensive for that quantity. Our poultry get a comprehensive grain based stock food, but we supplement.

I started agitating, and I kept it up.

I was very annoying, to the supermarket  management, despite the entreaties of my husband, who thinks bread grows on trees, evidently, and wanted me to shut up so we could go home.

I asked the bakery for their large $6 au flour sacks of stale bread and  rolls, for our poultry, but they were also running out of those early in the morning, at a time when my hubby was not available to help me carry them. I guessed that some poorer people were buying them to eat. Before that, we had often bought those in the afternoon. I don't think there was an explosion of chook ownership in the interim.

In a town where not all the news makes it into the town weekly newspaper, the gossip mill is used by everybody. Friends in the street told me they'd seen people exiting the supermarket with whole trolleys full of 85c plain wrap loaves. Hmm. Were they business owners? One person thought they might be "grey nomads" , people of retirement age, in Australia, who wander freely around the country, in campervans. I was dubious. More likely farmers getting two weeks worth, for the freezer, to minimise petrol guzzling trips into town,I thought.

Whoever it was, shouldn't the supermarket have been restocking more often? Au contraire, apparently, in their corporate short sightedness. A counter stacker I waylaid, admitted that, contrary to what management was telling me, she was not getting enough bread to put out at all, way less than previously. Later another few staff members backed that up.

I contacted our local municipal counsellor, at home. He contacted the supermarket management. They made promises to him, that did not bear fruit (or bread.)

That went against the grain with me.

When I told them I would go on review sites, they bought me off by letting me have a standing order of our "daily bread" . All we had to do was pick it up, well, in theory. About half the time the order wasn't there. That also didn't help everybody else.

Eventually, they fixed the bread problem, after blaming a delivery man, which I don't believe. Then they started running out of cooked chooks before dinner time, so they would have the clean up done of the oven, before they had to start paying evening rates of pay.

I complained, and when they argued with me, I hit the review site. I was fed up, and my review was scathing. I boycotted the store for a long time, until I was told by friends the problems were fixed.

You don't get between a mother and feeding her chicks, human I mean. It's a primal urge.

What has this got to do with the French Revolution, that today is commemorated in Bastille Day, in France? 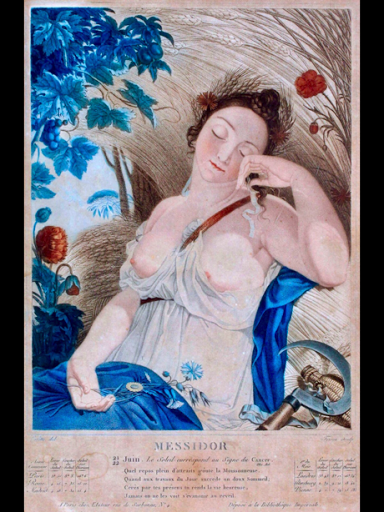 How is it relevant, because before the revolution, and as a warning tremor that wasn't heeded, during a grain famine in certain parts of France, there was the FLOUR WAR, caused by the imposition of free trade on a grain system that had worked moderately well for centuries. (A case of, if it ain't broke, don't fix it.) A new, free trade system that failed the people unless you were in a position of power, like the ones able to hoard grain and then speculate on the rising price of bread, while ordinary people starved. (Meanwhile, the aristocrats and churches, paid little to no tax. Sound like a few multinational corporations today?)

Just like today, we see Brexit, Trump, Pauline Hanson in Australia, Marine le Pen in France, other far right and far left parties gaining strength,  riots in Germany (and wherever the G20 is held), marches in other parts of the world, hung parliaments, terrorism, and mass migration. The common cause? Inequality, and populations are divided as to the causes.

These are tremors we need to heed, because darling France has given the world many, many gifts. Maybe one of the greatest she has given us, however, is the lesson of the flour war, and the French Revolution, a terrible bloody chapter, that could have been avoided if it were not for stupidity , inequality, starvation and greed.

If people can't afford the basics, like bread, even mild mannered people like me will complain and complain and if they're not heard, take matters into their own hands. The ancient Romans knew that. Bread and circuses.

I'm not violent, but I do use my "pen". This year, a portion of every day is signing petitions and emailing politicians. I even joined a political party. I understand that many women these days are marching in protests and lobbying politicians, who never did before. Petition sites are growing ever bigger. 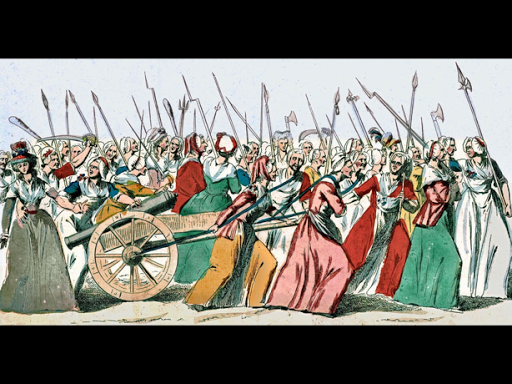 Our bakery in the Main Street makes gorgeous croissants. The owners are Vietnamese or Cambodian, I think, lovely hard working people.

Safe link to The Flour War:

who said"let them eat brioche"?

That should have been municipal councillor, not counsellor.

I suggest the book series about the Hunger Games or the movies if you haven't seen them. Are we doomed to repeat history?

The current status is not sustainable, I think.

I can just imagine a six dollar loaf of bread.

What do you want on it? Marmite. MARMITE? I'm not ruining my six buck loaf by covering it in a common sandwich spread. Bring me the caviar! I don't actually like caviar but I will eat it anyway, choking and grimacing as I do so.