We three kings of orient are,
selling ladies underwear.
They’re fantastic, no elastic
25 cents a pair....ohhhh...
Copyright Runningonempty (invented as a child.)

Did you know Herod the Great of Judaea had a wife called Doris? He banished her and their child, to marry another. Later he killed that son. He was raised as, and he identified as a Jew, but led a lifestyle of which the observant Jews disapproved. They also disapproved of him emptying the coffers with his multiple grand building schemes. He built multiple fortress palaces, a harbour, and the temple in Jerusalem, twice.

He reigned at the same time as Cleopatra did in Egypt. He was essentially a puppet king appointed by the overlord Romans.

To one of his palaces, the “Three wise men” , magi, came one day, talking of a star and a messiah coming, born in the town of Bethlehem, a descendant of King David . Herod, who’s ancestors actually came from outside the kingdom he ruled, was worried. He was in the habit of knocking off any potential rivals, even members of his own family.

You have to admire the persistence of the Magi, coming a very long way, probably taking months, from the East, possibly from the direction of China, on one of the old Silk routes. It’s thought, that modern China want to open up those again, in their quest for economic world domination.

They were experts, for their time, on space. I read one article that suggested they might have been “following “ Jupiter, a planet, not a star, which makes the story feasible, although it throws the biblical dates out of whack, and given the length of their journey(s) , Jesus may  no longer have been an infant when they got there. 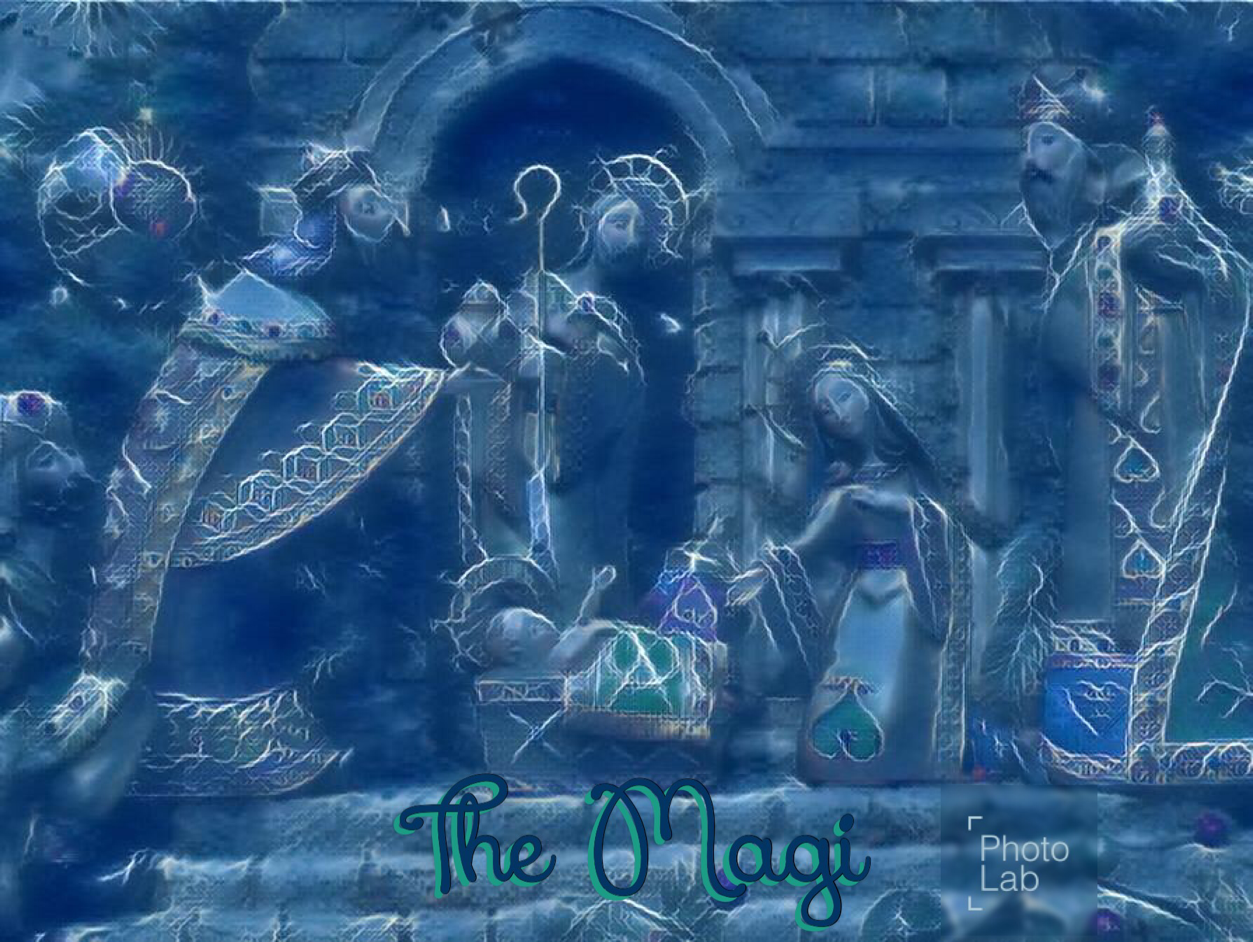 Some preChristian religions did have specialists in positions of stars , planets, the sun and the moon, etc. They were used for navigation, farming, religious ceremonies etc. Frankincense and Myrrh grew on trees in the Far East and Arabic countries. They are still popular today, but in those days, those gifts would have been as valuable as the gold presented. Those spices were widely used in cosmetics, home health, and religious ceremonies, among other things, in the ancient world. Also, as “we three kings” song says, myrrh, was used in funeral rites. Seems an odd gift for a baby, king or otherwise, but being wise, maybe they were foretelling Jesus death.

This is a good clip.

So, Herod intended to kill the new infant rival, and sent out orders that all male children under two years old in Bethlehem were to be put to death. They are celebrated on Jan 6 th every year, the feast of The Epiphany, by Catholics today as saints, the first martyrs for Jesus, ( though they had no say in the matter), and are termed the Holy Innocents. Scholars can’t find references to the occurrence in ancient texts besides the bible, but say despite this , it’s feasible the massacre did occur, because there would probably have only been about 20 or so of babies that age in Bethlehem at that time, it was in keeping with other murders Herod ordered, plus dictators tend to cover up their massacres , not advertise them.

Joseph and the Magi apparently had dreams telling them to leave the area, so Jesus became a refugee in Egypt, and the wise men did not visit Herod on the way back as he had requested.

I think it’s interesting that Herod, being Stalinesque, was into putting down any opposition, etc, but also that he had a big gold eagle stuck up on the front of the Jewish Temple in Jerusalem (the same temple where the Western Wall is now revered by Jewish people). The Jews found it offensive, and some tried to tear it down. Interesting , because Donald Trump apparently had gold eagles put up in the White House.

link to frankincense and myrrh

It strikes me that though many of the Jesus stories find echoes in other stories of heroes, prophets and gods -- the miraculous birth, the danger to the child, the journey/s, the death of innocents, the seclusion in the wilderness, the wonders performed in his lifetime, even resurrection -- I can't think of another story that has an incident that parallels this, of the great and wise travelling to see the child and offer gifts. Am I wrong?

Enjoyable post, and your childhood version of the song is terrific.

Hi, it’s Cath. Thanks, Rina, no, I havn’t heard of the Three Kings story in any other religions! Thanks for your comment!

I knew the story but at no point in my childhood did I remember him having a wife called Doris!
That made me laugh and made everything else a sketch from Monty Python.

No disrespect intended......you know me:)