A poem by Spike Milligan, the Ning nang nong.

Growing up, in the ‘70 s and ‘80 s we usually spent New Year with my mother’s family in the Goulburn Valley region of Victoria. My grandparents had plenty of kids. Most of those had kids, and some of those families got together at New Year, at my grandparents’ home usually.
My grandfather had been a butcher, Mum worked for him before she became a nurse. Two of my uncles went into the meat industry, so the meat at these New Year gatherings was fine. I remember legs of lamb in particular.
There were circular rugs on the floor at Grandma’s, made of geometric shapes of different coloured cowhides, sewn together. It’s one of those I remember the whole gathering circled around,linking arms and singing Auld Lang Syne at the stroke of midnight every New Year. I remember Uncles drinking then, but no drunkenness. I remember feeling all was as it should be.
It’s hot there , inland, in Summer. I remember my brother and I  walking in the powerful Australian sun to the shop with our cousins. One of them, the eldest in his family, kept us entertained, was very funny, he knew a lot of television culture and could do imitations. He wound up a school Principal.
Grandma had bone trouble. She sat with a hunched back , pillow behind it, as she aged. She was a good cook, quiet, sweet and religious, a foil for my more outgoing grandfather.  My kind hearted uncle , despite working in the milk industry couldn’t stop her disorder. I remember her giving out some of her treasured possessions to we granddaughters. Mine was a crystal dressing table set in a box, consisting of tray, twin little bud vases, a lidded bowl, and ring holder. I used it for decades , planned my  bedroom decor around it, including crystal bedside lamps and candlesticks, and it is all my daughter’s now for when she leaves home.
As an adult, when our kids were small, we were doing a big Summer driving trip around Victoria. Not as big a trip as the grey nomads in their caravans, we just pitched the family tent in many towns. We hit the Goulburn Valley just around midnight on New Year eve. I had been driving for many hours while hubby slept and ran a red light in town from fatigue. The police checked our towering pile of camping equipment with myriad ropes on the roof of the station wagon, and my blood alcohol level which was zero, and let me off with a warning. As always we were warmly welcomed to my Aunt’s house, where we had stayed for years when we made those trips when I was a child. It was nice to see some cousins and their kids  after several years, and my aunt didn’t look a day older.
Today, roast leg of lamb, which was during my childhood a staple Sunday lunch meal across Australia, is mostly unaffordable for the working class and lower middle class here. Even steak, and lamb chops, or roast beef, are increasingly out of reach unless on sale. Why? Well I put it down to free trade. It’s not balanced, and enough produce of this country isn’t being reserved for our own citizens, while people go crazy for it overseas. The farm gate prices remain low, so it’s only the middle men that seem to be benefiting. As for jobs? Abattoirs all over the country have closed due to live export of sheep and cattle, a practice towards which I am vehemently opposed, due to the cruelty enroute and at the destinations.

I bought steaks half price close to “use by” date for our New Year eve barbecue, two for the three of us. No one else was using the free barbecues, a change from other Summers, the other families there were bringing pizzas. I’d forgotten the smell and the texture of good steak. That will be a good memory this year. I have iron deficiency anaemia, so I felt a bit better the next two days. My elderly aunt said to have a chop every day. I don’t think she’s seen the price of chops the last couple of years. 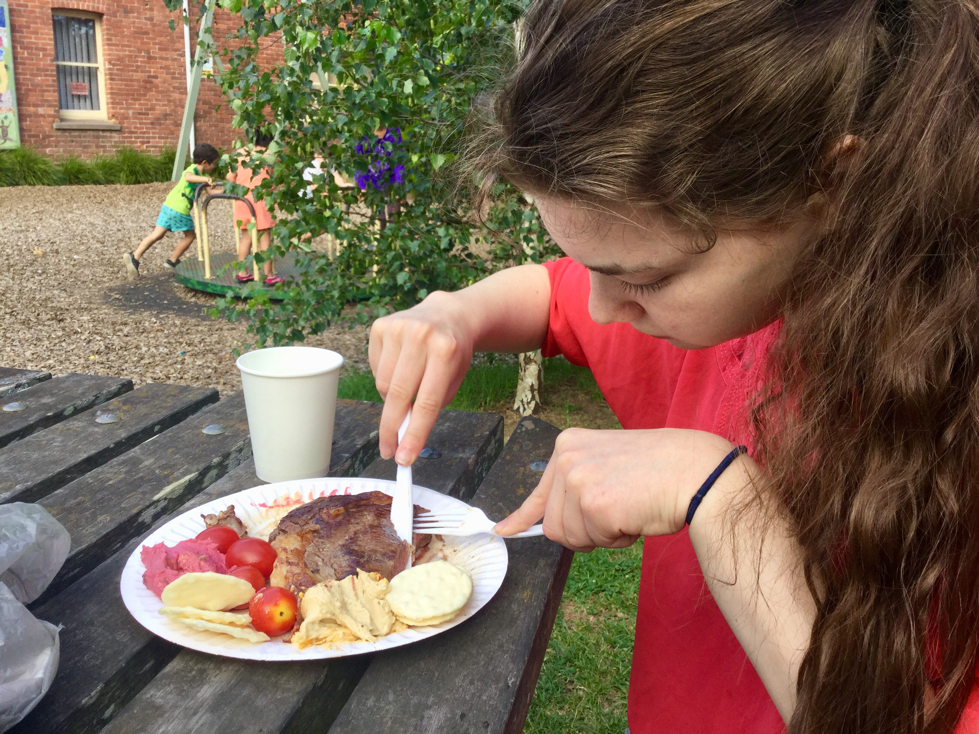 Copyright Runningonempty
Being me, as you have come to expect, here’s the other point of view:

Beetroot and hummus dips, also on sale. Everything was, but thanks to the artificially inflated utility bills, all was technically outside our budget and so we had no alcohol. 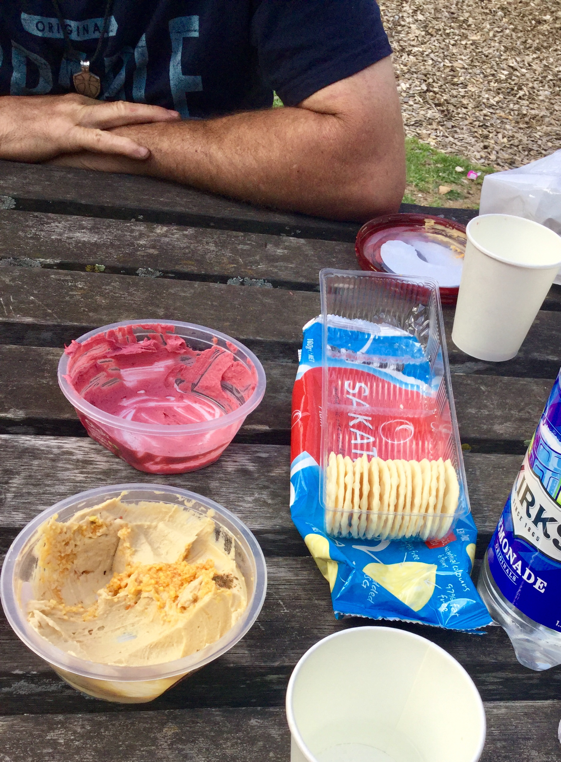 What is my country coming to, where we can’t afford things we produce, just like a third world country?  No wonder people pine for the “good old days”.
Happy New Year. Let’s work towards a better and more equitable one worldwide.
The economics of the business
reducing methane emissions in cattle and sheep
Posted by Running on empty at 14:55

Such enjoyable blog....the song was crazy and fun. The beetroot is something I have never seen before. I am sure it is good. Hummus we do have here.

Hehe, Play School has run for generations, both I and my kids grew up with it, it’s had some of Australia’s finest actors on it, including on that song. It is an educational show, too. Good for your descendants if you can get copies from online.

My hubby loves beetroot, so he enjoyed the dip! Hummus is great for Acerules as she’s a bit dairy intolerant. You can use it for weight loss instead of cream cheese, sour cream, mayonnaise and margarine, too.

Reading this post, Cath, I learned a lot! I am not sure how to respond because I have never been faced with “going without”. We have so many “authentic” butchers in town that I single them out for the best ground beef; another for the best rib eye steak (he seasons the meat with his own mix of herbs), another for the best pork chops…

We live on Cape Cod and we have the best fresh salt water fish/clams/oysters. But, here is where I can relate to shipping local food. Lobsters are available, but every one wants cold water Atlantic lobsters…So, off they go in dry ice…we pay the premium for what is left.

Hi, this is Cath. I’ve mislaid my password again!

Welcome back, Judy. Thanks for commenting! Sounds like an idyllic lifestyle where you are.