There are rumours that President Trump's friend Jim may be imaginary. 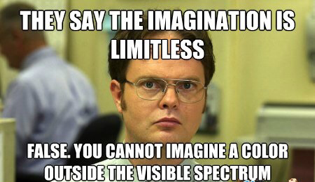 Perhaps he did exist and disappeared.  Perhaps he came to a bad end in Paris, though the  Donald says he wouldn't have gone there. We may never know, unless there's a leak in the Whitehouse. Nah, that could never happen. 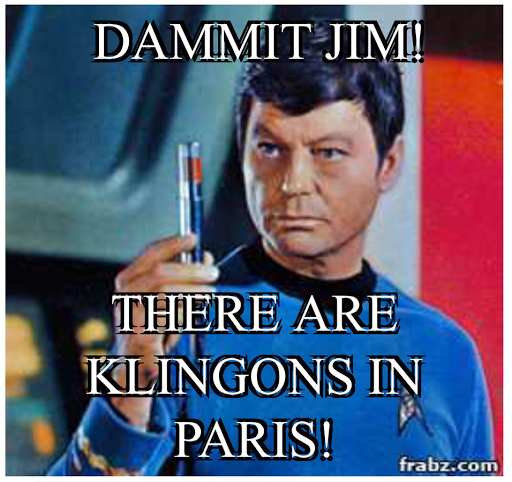 Perhaps Pres. Trump dropped him. Perhaps Jim took liberties with the great man. Perhaps he was a prankster in the West Wing. 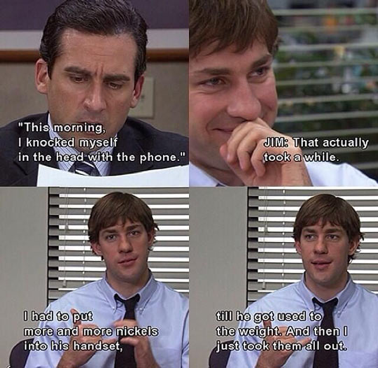 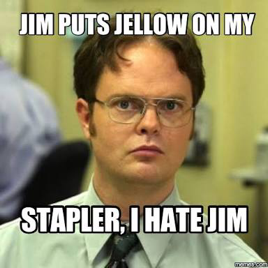 Above : "Ok so Dwight, in your own words, "some one replaced all my pens with crayons, I suspect Jim Halpert. Everyone has called me Dwayne all day. I think Jim Halpert paid them to. This morning I found a bloody glove in my desk drawer and Jim tried to convince me I committed murder. " 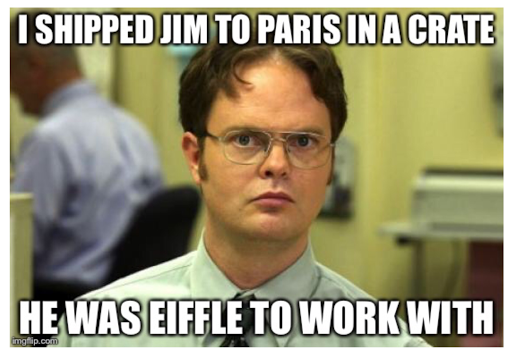 There was a Boy whose name was Jim;
His Friends were very good to him.
They gave him Tea, and Cakes, and Jam,
And slices of delicious Ham,
And Chocolate with pink inside
And little Tricycles to ride,
And read him Stories through and through,
And even took him to the Zoo--
But there it was the dreadful Fate
Befell him, which I now relate.

You know--or at least you ought to know,
For I have often told you so--
That Children never are allowed
To leave their Nurses in a Crowd;
Now this was Jim's especial Foible,
He ran away when he was able,
And on this inauspicious day
He slipped his hand and ran away!

He hadn't gone a yard when--Bang!
With open Jaws, a lion sprang,
And hungrily began to eat
The Boy: beginning at his feet.
Now, just imagine how it feels
When first your toes and then your heels,
And then by gradual degrees,
Your shins and ankles, calves and knees,
Are slowly eaten, bit by bit.
No wonder Jim detested it!
No wonder that he shouted ``Hi!''

The Honest Keeper heard his cry,
Though very fat he almost ran
To help the little gentleman.
``Ponto!'' he ordered as he came
(For Ponto was the Lion's name),
``Ponto!'' he cried, with angry Frown,
``Let go, Sir! Down, Sir! Put it down!''
The Lion made a sudden stop,
He let the Dainty Morsel drop,
And slunk reluctant to his Cage,
Snarling with Disappointed Rage.
But when he bent him over Jim,
The Honest Keeper's Eyes were dim.
The Lion having reached his Head,
The Miserable Boy was dead!

When Nurse informed his Parents, they
Were more Concerned than I can say:--
His Mother, as She dried her eyes,
Said, ``Well--it gives me no surprise,
He would not do as he was told!''
His Father, who was self-controlled,
Bade all the children round attend
To James's miserable end,
And always keep a-hold of Nurse
For fear of finding something worse.

Hilaire Belloc
I hope this poem is now out of copyright, if anyone shows me proof of otherwise , I will remove it
Posted by Running on empty at 17:05

This is a very scary poem about what can happen if we don't trust people.

I like to think there is an alternative version where Jim leaves his nurse and finds a nice kitten or something and then his nurse finds him and is delighted with his new furry friend.

Poor Jim....he never learned to listen to advice or caution. I won't say a word about him being Trump's friend...that is self explanatory.

Dan, that's a dilemma for parents, striking a balance between warning kids about danger or making a soft cocoon of innocence for them to grow up in. Every parent has to decide that for themselves. Which is worse, them getting afraid of a danger, or succumbing to abduction, death or r@pe?

Kathy, some people just never listen. They seem to need to make their own mistakes. Some few can overcome the problems, I guess, like a lion tamer, others get eaten.