For those who don't know, Jared Kushner is US President Donald Trump's SIL. (That's online speak for sister-in -law. ) 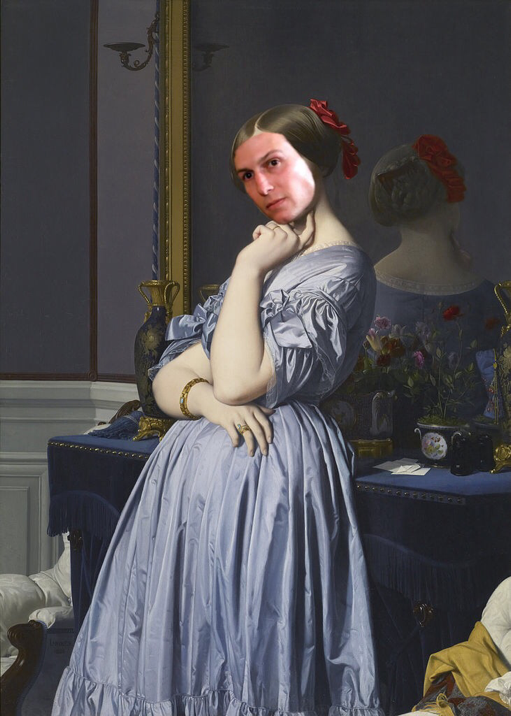 My Emails have been made famous on a certain website in the past. That was a grimy chapter. Here's a real exchange from today, but this one differs in that it shows both sides. Name has been changed to protect the prudent.
Whitegloveduster:
"What do you think this means? Gorlovka gave this to Jared Kushner 3 days ago"
"I accepted dirt from the Russians — but not that kind of dirt.  " Finally, Kushner insists that his meeting with the Russian banker Sergey Gorkov was about diplomacy, not business (despite Gorkov’s claims to the contrary). Still, he admits that he did receive dirt from the Putin confidante.
"The meeting with Mr. Gorkov lasted twenty to twenty-five minutes. He introduced himself and gave me two gifts – one was a piece of art from Nvgorod, the village where my grandparents were from in Belarus, and the other was a bag of dirt from that same village."
Kushner concludes his testimony by declaring, “I did not collude, nor know of anyone else in the campaign who colluded, with any foreign government. I had no improper contacts. I have not relied on Russian funds to finance my business activities in the private sector … Hopefully, this puts these matters to rest.” "
Whitegloveduster:
"No.....Gorlovka gave him the dirt Dec 13 "
Me:
"Yes. I can put together a post on it, I'm only writing four at once right now, lollol. Give me a paragraph from you, lol. Or won't you soil your hands with it?
Xo C"
Whitegloveduster:
"I don't want to be caught holding the bag...."
Me:
"Then give it to me!"
Whitegloveduster:
"What was the symbolism....Jared is a dirtbag? I have dirt FOR you. I have dirt ON you. Dirt from your dug grave. "
Me:
"Can I put that in? (I want to putin).
What's the media source?"
Whitegloveduster:
" http://nymag.com/daily/intelligencer/2017/07/jared-kushner-explains-it-all.html  "
And so on.

Excerpt from the song "Sit ,stay ,roll over" by Ukrainian heavy metal band Jinjer, who hail from the war zone there:

I think Whitegloveduster is mistaken, and Ms Kushner is concealing something different. It's possible Gorkov is fronting as a banker but he may really be a cleaner, maybe like this:
"Elite cleaners are rarely found in the mobs/mafias/gangs etc., but instead a part of a government agency. Considering the drastic consequences often involved with these agencies actions, elite cleaners are required. You never hear of them, and you rarely hear of what they have cleaned up. All that's left is the event: something happened, but the cleaner will make sure there are no trails left behind. Such cleaning jobs can be on a global scale, such as clearing a trail of money used to get the job done."
Urban Dictionary
Or this is how it really went down:
Gorkov gets his foot in the door, so Ms Jared Kushner cannot close it. She asks him in when he promises her a free Russian artwork. (This contains embedded nano spy cameras that later pick up the sounds of every bowel movement in Ms Kushner's gold plated guest bathroom, that is reserved for the President's visits. )
Gorkov convinces Ms Kushner to sit down and watch a demonstration. He takes out a tube of red paint from his case, and squeezes it gaily into the carpet, rubbing it in . (He's not allowed to do anything gayly in Russia .) Then he extracts a bag of brown dirt from his case and grinds that into the red paint with gusto. (The gusto came from Cuba.)
Finally he demonstrates how a top of the line Dyson vacuum cleaner can clean that all up. Many American dollars richer, (and a pair of Levis), Gorkov exits having made a sale. But unbeknownst to Ms Kushner, there is something else going on.
I.27 mins
Then later, after Ivanka got home (30 secs)
Lyrics of " Sit , stay, rollover" by Jinjer as played up above (Ukrainian heavy metal band from Gorlovka)
lyrics
Meaning of a word from the song:
eidolon
Meaning of another word:
fress
Posted by Running on empty at 15:32

Whitegloveduster has sent me another link

Who brings someone a bag of dirt as a gift? Is he saying you are a dirtbag? Or is he saying I have cleaned up your dirt? Maybe it was Hillary's dirt? So many symbolisms for such a gift.
Haha, MS Kushner looks good...she might be the cleaner.

Dirt, corruption, shady deals, politicians?!
I don't know what you're trying to suggest and I'm frankly shocked and appalled;)!

Her name is Noel...
I have a dream about her
she rings my bell
I got gym class in half an hour
Oh how she rocks
In Keds and tube socks
but she doesn't know who I aaam
and she doesn't give a damn about me...