The following post continues on from part 1 and was written by Fizzfan from the UK. She provided the illustrations. 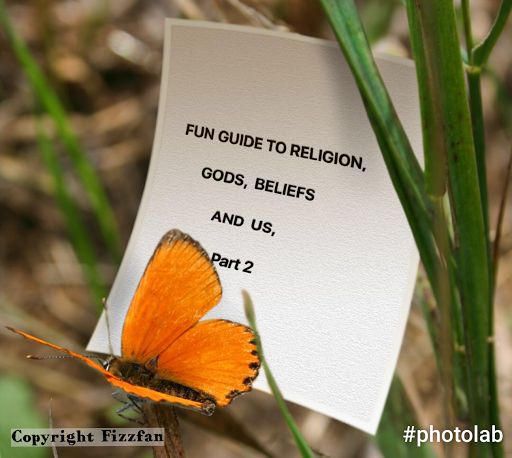 Buddhism began with one man, Siddhartha Gautama, or better known as Buddha.

He was born into a royal family in Nepal about 2500 years ago and lived a life of privilege and luxury until one day he left the royal enclosure and encountered an old man, a sick man, and a corpse. He was so upset he became a monk and then tried to live in poverty but it didn't make him feel any better (be a bit weird if it did) so he ended up deciding it was better not to be rich or poor and opted for the ‘Middle Way’ of a life without luxury or poverty. Seems fair enough.

After all his different experiences he took to thinking a lot and through his meditation he became 'enlightened' and reached a state called 'nirvana'.

This is the ultimate goal of Buddhists whose focus is their personal spiritual development and the attainment of a deep insight into the true nature of life.

They do NOT have any Gods but this doesn't seem to matter to the 376 million followers worldwide.

Buddhists also believe that due to being born again and again, life is endless with suffering and uncertainty, but that change is always possible and nothing is fixed or permanent. The path to Enlightenment is through the practice and development of morality, meditation and wisdom. 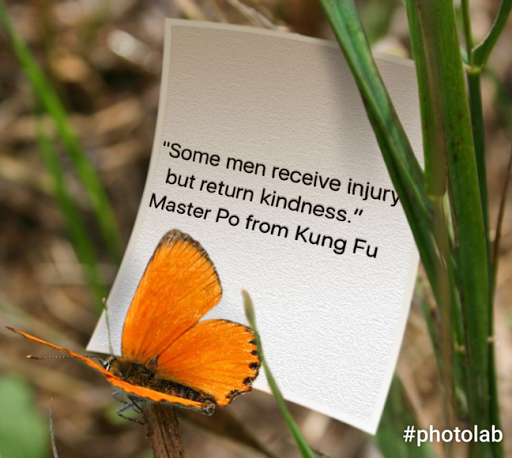 One of my lasting memories from growing up in the 70s was a TV serial called KUNG FU which starred David Carradine and was about a Shaolin monk on a quest to find his half brother. He had the awesome name of Grasshopper and had Taoist/Buhddist beliefs and could kick arse in a very peaceful way. Pretty prefect combo. I loved the series and it still has a cult following today.

Here's one of his lessons from the script:-

‘Yet, Master, surely one of them is evil.’ -Caine

‘The rat does not steal, the cat does not murder. Rain falls, the stream flows, a hill remains. Each acts according to its nature.’ -Master Po

‘Then is there no evil for men? Each man tells himself that what he does is good, at least for himself.’ -Caine

‘. . . a man may tell himself many things but is a man’s universe made up only of himself?’ -Master Po

‘If a man hurts me and I punish him, perhaps he will not hurt another.’ -Caine

‘And if you do nothing?’ -Master Po

‘He will learn he can do as he wishes.’ -Caine

‘Or, perhaps, he will learn that some men receive injury but return kindness.” -Master Po 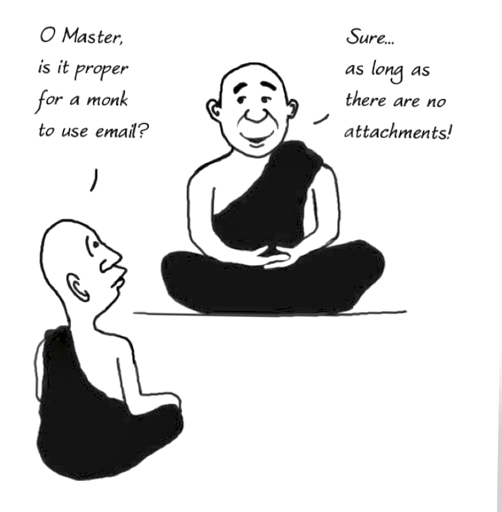 I like many others have a Buddha head at home because I think it exudes a vibe of wisdom and calmness, and I like him even more now because he turned his back on privilege and wealth. 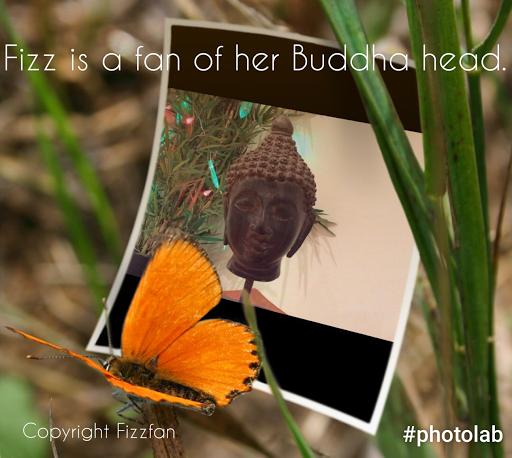 SO FAR THIS IS MY FAVOURITE RELIGION. ITS IDEALISTIC, PEACEFUL AND NON JUDGEMENTAL. THERE'S ALSO NO GOD TO OBEY OR WRESTLE WITH AND A REAL PERSON STARTED IT. I WOULD HOWEVER BE RUBBISH AT REACHING NIRVANA,  UNLESS OF COURSE THEY LET ME DUMB DOWN TO LISTENING TO ONE OF THEIR CDs.

Taoism is loosely based on the writings of a mythical figure named Laozi who lived about 2,500 years ago. Basically Tao is the Universe and you have to strive to find your own path to live in harmony with it's laws of NATURE. You can also get to live forever or even become a deity if you practice certain rituals and austerities hard enough.

HERE'S A FEW POINTERS ON HOW YOU CAN GET TO BE IMMORTAL IF YOU DON'T DIE TRYING DURING THE PROCESS:

Ideal combo to achieve both at the same time is going off alone and doing some long term cave dwelling. You can then focus on starving the 'three worms' of disease, old age, and death and change your flesh into a durable airy substance associated with long life. You also have to avoid ejaculating during your sexy starving caveman experience because its potency can be transformed into nourishing your brain n body. (No I didn't make that up).

In the old days, they used to cook up non food special elixirs containing metals, arsenic and mercury which compromised their quest for a long life somewhat because they died shortly afterwards.

Happily most Taoists believed the best material for prolonging life was just plain old air and done a lot of breathing exercises, especially around the sea and mountains.

'Air Eating' was believed to make people able to ride the clouds and use dragons for horses? I think they were probably hallucinating through the combined efforts of starvation, weird elixirs and getting dizzy through breathing too hard.

Another method they tried was throwing themselves onto fires to become an eternal flame of life. Bonkers Ouch but full marks for devotion to the cause.

It's not as rigid as Confucianism so some people dip into Taoism when they want to get back to nature, or retire and have the time to do a bit of hermit honing.

Their main goal is to harmonise with nature, balance their Ying n Yang and channel their Chi (breath of heaven, nature, or spirit).

NOT SURE ABOUT THIS ONE BECAUSE I LIKE FOOD TOO MUCH AND THERE'S A SEVERE LACK OF CAVES IN NORFOLK.

Today, an estimated 170 million Chinese claim some affiliation with Taoism, with 12 million following it strictly.

So anyway this has been my snapshot of just a few religions and I know I've left alot out, but one thing that seems to be apparent is that we like believing in something bigger and better than us, or, we like setting ourselves goals for self improvement.

I love the concept of all of them in one way or another and I've had a chuckle along the way too which I wasn't expecting.

Of course there's a serious side to religion and a dark side too, but I didn't want to dwell on those because generally speaking, I'm in favour of 'beliefs' because I think human beings have active imaginations and religion is a good way of using it at the same time as becoming part of a unifying group. They also make life more colourful and diverse and I'm guessing for those that pray, a little easier too, so why not.

I'm still an atheist, (blame Father Christmas for that) but I still like to believe in the possibility of a spiritual essence in us all and that being good will always bring you more happiness than being bad.

I'm not sure that's so different to being a believer in God, and I'll never know now if life would have been better if I'd been born into a different culture or faith or I hadn't opted out when I was 5 or 6, but I'm cool with it all now and my views have at least mellowed from mild contempt to cheery acceptance.

Written by Fizzfan
Posted by Running on empty at 20:22

I like the merciful quality of Buddhism and also the viewpoint that there are no "bad people".

Great toon FIzz.....I think we should just sing and dance our way through life.....

That's an interesting point Dan and I agree. We're the sum of our experiences and if you've had a lifetime of really bad ones it would be difficult to be a model citizen. That's why I so believe in rehabilitation rather than punishment if at all possible. Kindness and patience can really turn people around.

KE I pretty much have done. LOVE dancing, although my knees complain a bit now if I get too carried away. One of life's joys.