“My friend, the truth is always implausible, did you know that? To make the truth more plausible, it's absolutely necessary to mix a bit of falsehood with it. People have always done so.”
― Fyodor Dostoyevsky, Demons

"Let he who is without sin cast the first stone." Jesus Christ

So, the Russians are alleged to have interfered with the U.S. elections. I think that is ironic, as the U.S.A. has so often been accused as placing, or attempting to place their choice of leader on other countries' thrones.

"The law condemns and punishes only actions within certain definite and narrow limits; it thereby justifies, in a way, all similar actions that lie outside those limits. "   Leo Tolstoy

Thus, the American people approach the historic inauguration  of Donald Trump.  It remains to be seen who he will be working for.  On the other side of the world, in Australia, we will be watching his reign. So will the historians. 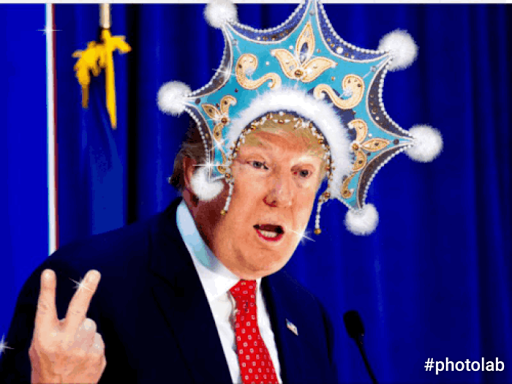 Please comment civilly in the comments section below. No insults at other posters or swearing. Otherwise, opinions are encouraged on this topic.

Rules of this comment thread, no swearing or insults directed at other posters. Thankyou.

Opinions on the topic are encouraged.

As a Trump supporter I welcome Inauguration Day!
I believe Trump will work for the people. I think if you look past the large ego and the showman you will find a man with heart. He will want history to see him favorably and will want to leave a great Trump presidency legacy. I think he will also be paving the way for future Trump family members to follow him.

I hope he ends up surprising some of his staunchest haters!


Well, a friend and I once speculated that both Ivanka and Chelsea Clinton are preparing for office.

Got to be honest, I have no hard opinion on Trump as I'm fairly sure the big decisions aren't made by the president anyway. I could be wrong but everything has to get past Congress anyway. You know my faith in politicians is zero, so I really do hope Mr T does surprises his critics. That would be awesome, but I'm not holding my breath.

No idea. Most of them will probably be wafted over from Wall Street. Seems to be the way these days. I'd love to know what REALLY goes on behind the scenes, but we never do. I simply do not trust ANY politicians. There's just too much rhetoric suggesting otherwise, not to mention the absolute fact that everyday folks lives are just harder now and our youngsters futures are so much bleaker than ours. They have failed us BIG TIME over the last few decades and if the people in power have got it so monumentally wrong, I question whether it's all been by design rather than OOOPS sorry we didn't realise we were heading for a massive and catastrophic banking collapse. REALLY? How DUMB are they? I remember saying to my Dad before it happened, I don't understand how people are spending so much more but our earnings are so much less, it doesn't make sense! He convinced me it was all super duper clever folks doing super duper clever things. I'm of the opinion if it's too good to be true, then that's what it is! They should have all been held accountable and the ring leaders sent to jail, like in Iceland. We're saps these days. I have no idea how the showcase of politics can garner any support these days. Sorry to be such a killjoy but the only thing that would make me happy would be if I witnessed a rise in civil disorder, strikes, unions actually backing workers and the rich and big Corporations being TAXED appropriately and that money being used to enrich those with less. HUMPH!

OMG Just started to read who Mr Ts got in mind for his cabinet. Too depressed. Had to stop reading.


We have got the same issues here. Our prime minister is very rich by the standards of this country. Youth unemployment is up here too. I have yet to read how Trump is going to get manufacturing jobs back into US.

Talk, and action that gets results is all I'll be convinced by. Makes you wonder if our 'global community' has been a good thing. I wonder what's wrong with Country's having and keeping their own identity and their own manufacturing. Who is actually benefitting from off shore anything or out of the country production? I have a notion that like a family that you have a duty to look out for, a country should operate on the same level. Foreign aid for example? Has the lot of the lives of those people actually improved? I don't see much evidence of it. I do contribute, but who is accountable, do we actually know how it's spent. We take so much for granted and trust in what we're drip fed. I guess when you've lost faith in those who govern and the media, it's only hard results that mean anything, and even then, I'd still wait for the next crash! I'm beyond hope I think :)


They are all familiar issues here. We have lost most of our manufacturing, call center jobs, to overseas countries. We are still growing food, but overseas interests, especially China are buying up what farms and commercial buildings they can. Our immigration levels are very high, and more than the jobs , roads, schools, etc available to service them.


Times to watch the Inauguration

We are in for an uncertain 4 years. No one knows what this man is up to in the world other than he loves Putin...


I must admit to feeling relived that the threat of war with Russia may have passed at this present time. But that can change. And what of the increased tensions with China?

Wouldn't it be nice if they both ploughed their ''defence" budgets into paying off some of the debt they owe each other. I don't know what they're getting tense about, but I sure am sick to death of grown men playing war games and the utter waste of money it all is. I heard a quote a while back. We used to manufacture arms for war, now we manufacture wars for our weapons.


I think Russia is building up in Europe. I don't think Putin has ever accepted the Soviet dissolution. He's also always looking for more oil.

There is no such thing as a good war, the innocent always get hurt.

Brian Cox (he's a groovy fab physicist that makes stuff Ilke that fun and watchable) recently said We've spent more on bailing out the banks that we've ever spent on engineering and science since Jesus. Not sure how true that is, but can you imagine if they switched the DOD budget to renewable energies and found a replacement for oil. I wonder how that would effect the Wests 'interest' in the Middle East. Greed, power and religion are so intertwined in all wars. I just despair with all the knowledge available to us, why we're still in such an almighty mess. Everyday folk just want peace and to be able to lead a productive life don't they? I'm SOOOO anti war and when I was a child and used to watch the news and listen to all the war stories of the day wonder why people offered to fight. My child like logic thought it amazingly stupid that people should be soldiers. My solution was, what if no one would fight? There could be no wars! Simples!!! You can't deny the logic and that thought has never left me. I guess I'd be a consciencious objector if I was in a position to chose. The whole subject of war leaves me utterly cold and full of contempt for the men that organise it.


I think lots of people join as privates in the army because of job shortages at home. A lot of those died in the second gulf war.