Last night we went to an historic theatre /cinema to see the movie The Man from Snowy River. It's not a new movie. It was made in Australia, in 1982, set in 1880s  and is based on the works of Banjo Patterson, especially his well -known poem of the same title.

The theatre is a multi purpose building in which I held my husband's 50 th birthday party. It dates from the 1930s and has recently been refurbished. Downstairs has a clear floor, but upstairs has the tiered folding padded seating of the heyday of the cinemas when it was first built. 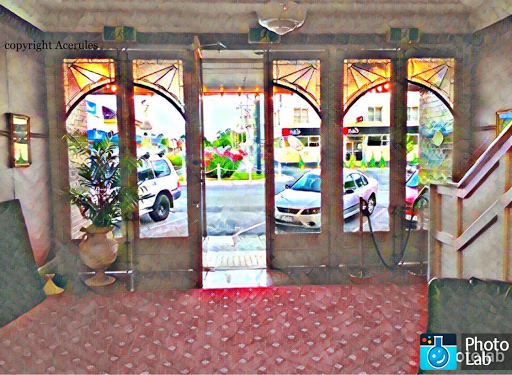 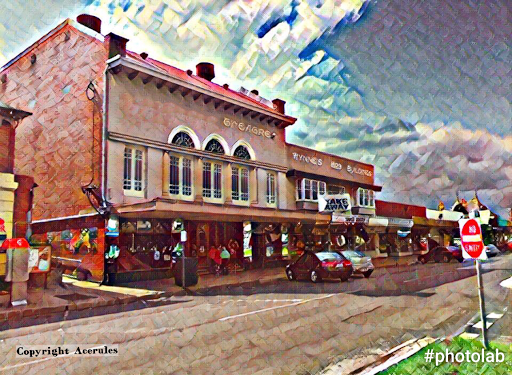 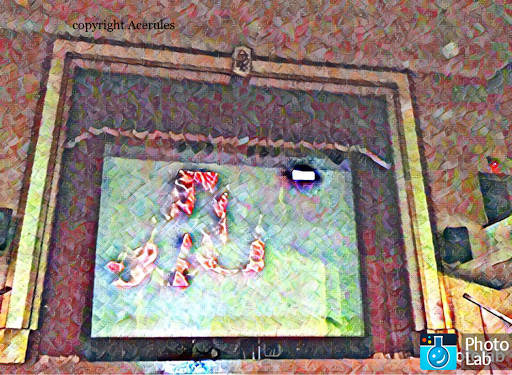 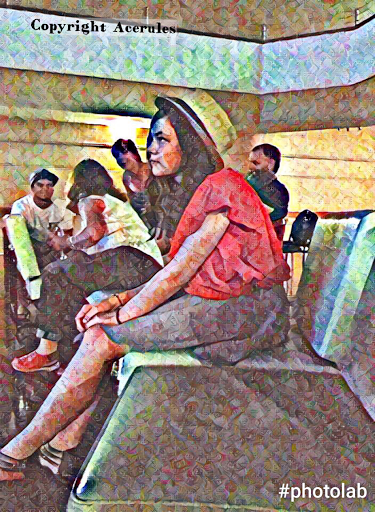 Daughter watches the credits after the movie, while other patrons finish their champagne. 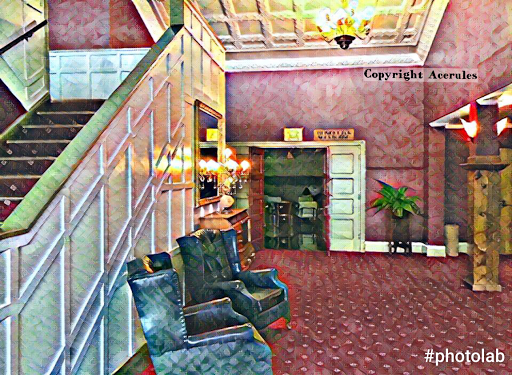 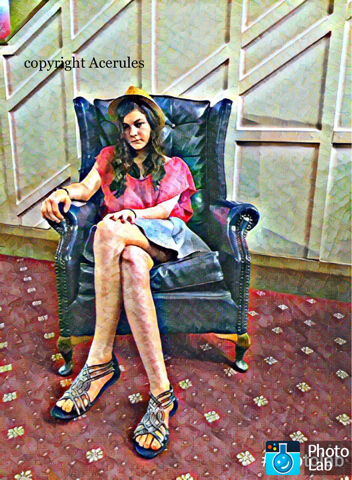 THE MOVIE, A REVIEW:

The Man From Snowy River is a good family movie with wonderful cinematography of the Australian "High Country", as we call the Snowy mountain ranges. The horse sequences and rough riding are spectacular too. The plot only really works in the context of the iconic poetry on which it is based. It's important to read the poems, so I will include those later. They even included the poet as a character in the movie. As poet myself, I'm pleased when poetry is used as inspiration in the other artforms.

I last saw this film when it came out the first time when I was in my last year at high school. I bought the sheet music and played it alot on piano, pouring out my affections for whichever boy I was enamoured of in the next few years. It's good 1980 s music, but should not have been used for the female lead, Jessica, to play on piano . As background, it's very good music , I just don't like obvious makeup or modern music in period dramas.

I remember when the film came out, that many people didn't like Kirk Douglas, an American, being cast in an interpretation of an Australian iconic poem. He was good, but I'd say his hiring was an attempt to get into the American box offices.

There is a disappointing lack of chemistry between the two romantic leads, though the kissing scenes are sweet. This helps make the love story suitable for children, but doesn't resonate with adults. The back story of the deceased mother of Jessica also could have been handled with more passion, maybe a reenactment, as it was a plot gem. The character of the aunt was played beautifully, with nuance.

The fact remains, that it is the incredible horsemanship, scenery and horses that are the mesmeric stars of this movie, and have ensured it's immortality in Australian cinema history.

Quote from the movie:

"Jessica Harrison: [viewing from horseback, after Jim saves Jessica and they kiss, a change coming in the Aussie mountain weather] It changes so suddenly. One moment it's paradise, the next it's trying to kill you.
Jim Craig: Yep, that's how it can be up here. If it was easy to get to know it, it would be not challenging. You've got to treat the mountains like a high-spirited horse; never take it for granted.
Jessica Harrison: It's the same with people, too." IMBd site.

CLANCY OF THE OVERFLOW BY BANJO PATTERSON

I had written him a letter which I had, for want of better
Knowledge, sent to where I met him down the Lachlan, years ago,
He was shearing when I knew him, so I sent the letter to him,
Just “on spec”, addressed as follows: “Clancy, of The Overflow”.
And an answer came directed in a writing unexpected,
(And I think the same was written in a thumbnail dipped in tar)
‘Twas his shearing mate who wrote it, and verbatim I will quote it:
“Clancy’s gone to Queensland droving, and we don’t know where he are.”
In my wild erratic fancy visions come to me of Clancy
Gone a-droving “down the Cooper” where the western drovers go;
As the stock are slowly stringing, Clancy rides behind them singing,
For the drover’s life has pleasures that the townsfolk never know.
And the bush hath friends to meet him, and their kindly voices greet him
In the murmur of the breezes and the river on its bars,
And he sees the vision splendid of the sunlit plains extended,
And at night the wondrous glory of the everlasting stars.
I am sitting in my dingy little office, where a stingy
Ray of sunlight struggles feebly down between the houses tall,
And the foetid air and gritty of the dusty, dirty city
Through the open window floating, spreads its foulness over all.
And in place of lowing cattle, I can hear the fiendish rattle
Of the tramways and the buses making hurry down the street,
And the language uninviting of the gutter children fighting,
Comes fitfully and faintly through the ceaseless tramp of feet.
And the hurrying people daunt me, and their pallid faces haunt me
As they shoulder one another in their rush and nervous haste,
With their eager eyes and greedy, and their stunted forms and weedy,
For townsfolk have no time to grow, they have no time to waste.
And I somehow fancy that I’d like to change with Clancy,
Like to take a turn at droving where the seasons come and go,
While he faced the round eternal of the cashbook and the journal —
But I doubt he’d suit the office, Clancy, of “The Overflow”.

THE MAN FROM SNOWY RIVER by Banjo Patterson

The man from snowy river.    Link

The theater looks charming, more like a dinner theater than a regular movie theater. And it is nice they have restored it and saved the quaintness. Serving Champange? Nice!

We do have some shows that serve drinks now but I rarely go to the show so I am not sure about how that works. I suppose it is amoney maker since it is the concession that are so expensive. Does it have regular chairs like a movie theater or is the seating more casual around tables?
There is a new movie here filmed in Au called Hacksaw Ridge. I haven't seen it so I have no idea what it is like, but it doesn't sound like a family movie. Maybe I will have to go just out of curiosity, but we usually wait til the movies come out on DVD.

Golden Globe Awards are coming on...time to see what was popular on TV.
Later, Kathy


Hi, Kathy, yes, I'm fond of this venue. It has a lot of atmosphere and I have been alone in it when setting up a function and I think I heard a ghost!

To fit the needs of the town and district, the ground floor is kept clear of chairs so it can be set up for the dances , debutante balls, tables for parties and weddings, graduation /speech night ceremonies, theatre and cinema , art shows, markets, funeral receptions, Anzac Day ceremony, ballet concerts, eisteddfods, Christmas carols, whatever you can think of. There are two other smaller function areas also in the building. Out the back is a stage prop loading dock, dressing rooms, kitchen, etc etc. upstairs are rows of tiered seating and the original projection box that is very cool. Nowadays the equipment is digital and managed from elsewhere.


Sorry, I didn't answer one part. They had lounge chairs downstairs when we other night. However they have had tables with chairs and tablecloths sometimes, such as when they had silent movies and a terrific piano player. That was a great night.

Lovely theatre, I love going but it is so expensive here, probably cost about 40 - 70 euro, and that's not for the well known performers, out of my price range, much cheaper in England, and some are free.
Still no news regarding selling the house the market is dead, and it is now taking its toll with my sprit, but otherwise I am o.k.
I have some lovely property's in mind and stored on the computer ready to move to France, much warmer, friendlier people, more choice in the shops, less rain. Can't really move back to England the house prices are crazy, but can't do nothing until I sell this house


Badger, it's a long shot, but send me the photos of the house and garden again, exterior, and contact phone details and I will put it up on my blog. I'm getting a lot of visitors, so you never know your luck.