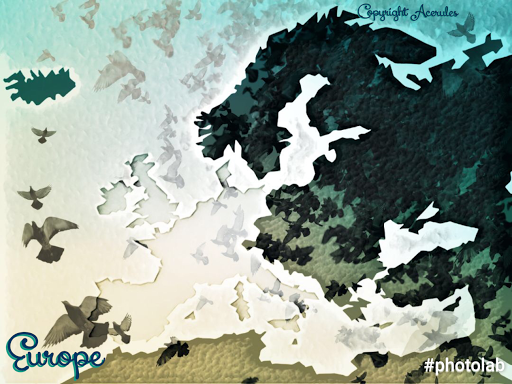 KATHY
Thank You for clarifying the U.K., Great Britain, Britain issue for me. I had always heard the terms but never knew the proper way to use them. Brexit sounds similar to the situation currently in USA. Voters were looking for a change but I am not sure they realize this is not change as usual. This is a drastic effort to turn the clock back. I don't think it is possible and would rather have proceeded forward with caution. This throwing out a system that took years to put in place is overkill is overreaction. It is necessary to move ahead because as you stated, communication and production of goods is a worldwide reality. Like it or not we are in a global economy.

This comment was copy pasted from another copy of the post, when a glitch was fixed and was written by Kathy.

It's a very difficult subject and people have VERY polarized views. I didn't vote because I simply don't know what I think is the better option. In my heart I understand the resentments of those that have seen a huge influx of 'foreigners' that have been housed and also taken lots of jobs whilst seemingly driven down wages because they're willing to work harder for much less. Do these people integrate? Largely no. Do Brits integrate when we settle abroad in places like Spain? Largely no, we flock together and make our own communities. Which begs the fundamental question Why? I think it's just human instinct to be amongst those that we most relate to. It's easier to communicate and culturally our habits, religions, foods, beliefs and even humour, is the same. I liken it to animals. They may tolerate each other to a certain degree, but instinctively they are more comfortable with their own. I think the issue of integration for economic reasons may be sound but our basic natures resist this higher intellect because we want familiarity. There are as many problems caused by high rates of immigration as there are benefits and certainly the majority of my family who live in rural communities and have been impacted more by it, all voted out of the EU because they have come to almost feel like foreigners in their own communities. I don't visit our capital of London, but my Son did a few years ago and came back saying that there were more foreigners than English speaking people. I don't know how true that is, but I was left feeling that it was somehow not quite right.


Fizz, it is getting the same here in Melbourne and Sydney.

I guess that's where the resentments start to fester and breed. A country should feel like a large family. Essentially looking out for their own but also welcoming a few friends round to add diversity and interest. However, when those friends start to form ever bigger groups, the family may well start to feel usurped and even threatened. I'm not saying it's right, I do however believe it's an honest and quite natural feeling. That's why most people if they're honest, want immigration restricted, to just arrest these growing tensions.


The U.K. Isn't really big, after all, when you see a map of the world.