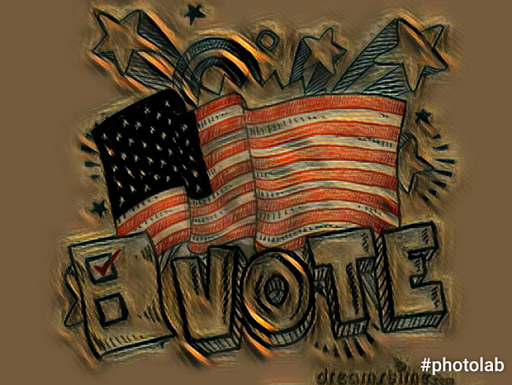 Royalty free
He has threatened them and run ads against some Republicans that don't do his bidding. If they vote against the repeal of Healthcare he runs millions of dollars of negative ads against them. As for the voting records, he is claiming it is because of voting irregularities. I will bet he wants to get rid of Democrat voters by either purging or redistricting.  It reminds me of Hitler with the Jews. He wants rid of the dissenters. 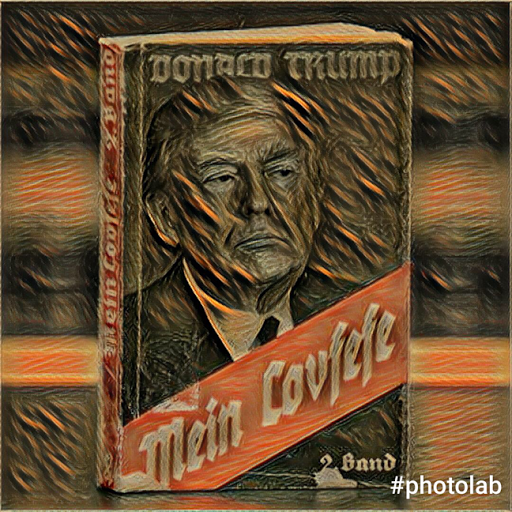 He has tried to blackmail a tv news couple now because they are criticizing him. They were having an affair so he exposed them , then he slandered them. Before that he threatened to run a story in National Enquirer about their affair. They came out and revealed they are getting married.

The virgin forests are to be treasured if possible. There are only a few areas left in US that haven't been plundered by greed. Now since Trump is removing regulations for the waterways and government lands there will be a lot more destruction. 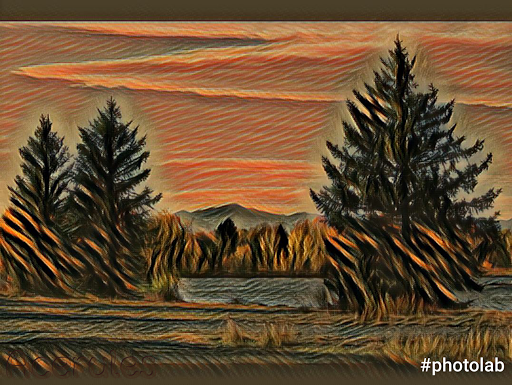 They want to mine and drill in the Grand Canyon. 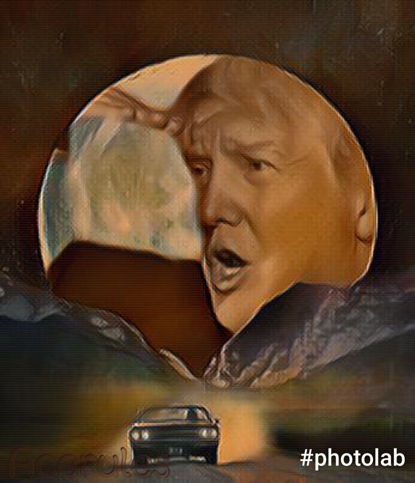 He has reduced monies to protect the Great Lakes or biggest source of fresh water. Ran the pipeline over the fresh water in the Midwest. There is no reason to do what he is doing as there are ways around it but the fast monies are to destroy. 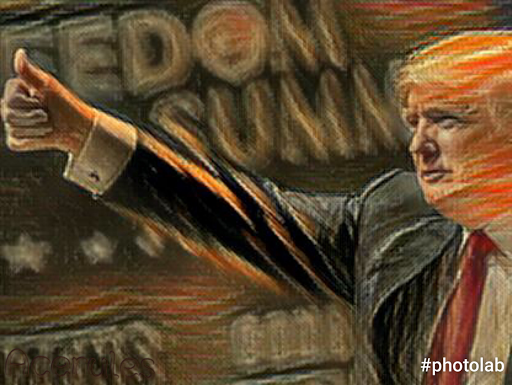 The coal jobs he promised will be few and the safety regulations are gone for the mines now. He essentially gave solar and renewables to China. The Republicans were on Obamas case because he wanted to invest in renewables and they are all paid off by big oil. It disgusts me. They worry about debt for their kids but they don't worry about the environment and the air and water...."

"On Tuesday, a federal judge in California ruledto temporarily blocked  President Trump’s recent attempt to withhold potentially billions of dollars from so-called sanctuary cities if they did not comply with his discriminatory immigration policies. " 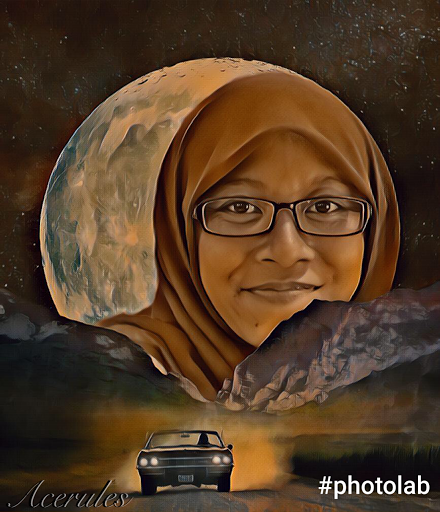 "A pro-Trump outside group is launching an advertising blitz against Republican Sen. Dean Heller over his opposition to the health care repeal bill — a bold act of political retaliation against a member of the president’s own party.

The barrage, which will be orchestrated by America First Policies, a group run by many of President Donald Trump’s top campaign advisers, is backed by more than a million dollars, according to multiple sources familiar with the planning. Digital ads are set to begin running on Friday, and television and radio spots are set to launch early next week."

"WASHINGTON - A decades-long fight by oil and gas companies to open drilling in the deserts and mountain ranges of the Western United States gained a new champion Friday with the inauguration of President Donald Trump." 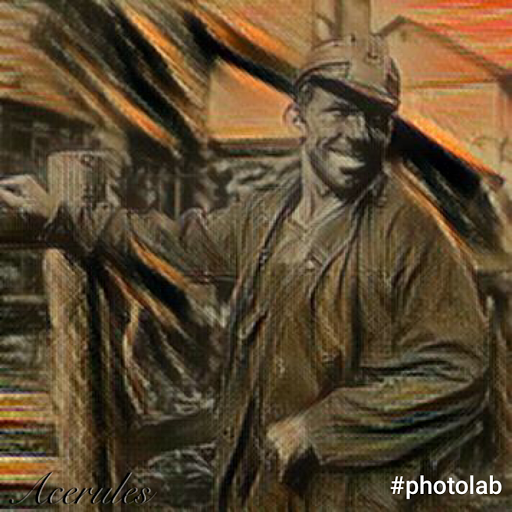 Thank you to anyone listening to my rant. It is just a very rough conglomeration of recent happenings in US. It is so disheartening to experience programs being eliminated and torn down when it took years for previous administrations to put in place to protect our citizens. We are living in precarious times with NK challenging with their ICBMs and the turmoil in other areas of the world.

"A nation divided against itself cannot stand" Lincoln...

If anyone wants to understand the turmoil in US read about Stephen Bannon and his worldview. He is the man behind the Presidency.

Thanks KE. Loved the toon!
Trump seems like a man without much appreciation of anything other than business. It's sounds twee, but if you have little soul or appreciation of beauty, you're not bound to be mindful of preserving it around you. Can't believe it's even considered possible to mess with the Grand Canyon.
If his personal style of decor is anything to go by, he certainly has no taste. All gold n garish glamour. This is not the style of a thoughtful man. A brash snowman that unfortunately duped a nation (well a poor % of them) into thinking he could run a country.
It seems absurd that he is running things. What are his qualifications?
Why do we even allow people without a history of proven service in politics to even stand for election?

I think most people just want Middle styled politics that takes as much care as possible of as many people as possible.
I probably have an overly simplified view of things but money or nepotism (like Bush) should never be enough to run a campaign.

If the candidates are not good enough, the people should be given a vote if no confidence. I wonder if Trump or indeed Clinton would have had a cat in hells chance of being elected?

Don't despair though, we have a Prime Minister that's equally unpopular, and she's never even been elected!

We have to remain hopeful that common sense will prevail, but it's easy to see why that becomes increasingly difficult.

Politics does my head in. The more you know, the less faith it's possible to retain in any of them. It's exhausting!


Imagine if the pre election period was run by impartial electoral departments that issued identical amounts of factual info about all candidates relevant for each voter. The info included all pertinent history and current policies of the candidate, some photos of them doing relevant things, pros and cons of their suitability for the role. Then no campaign except for tv debates. No big money needed, everyone in the same level playing field and no vested interests allowed to donate.

That sounds heavenly....maybe some more candidates would be inspired to run for office. The campaigns now run for almost two years and Trump has been running for 2020 since a few weeks after he was inaugurated.

I'm pretty sure a lot of people are becoming increasingly aware, and sick to death, of the skewed money based processes and media manipulation that's involved in politics, but will it, or can it ever change?

For the first time in my memory we saw scenes at a pop festival of Jeremy Corbyn being cheered and chanted to. He's a humble socialist with years of sound peace keeping policies and less for the rich taxation strategies behind him. His speech actually bought a tear or two to my eyes.

I'm not sure if decades of harmful neo liberalism from the left and right can be undone, but I do believe there is a definite groundswell of fatigue that is turning into anger and maybe the tide is turning. Maybe even those in their ivory towers of privilege are starting to hear those voices getting ever louder and from fear alone will actually start to listen?

No I'm not convinced either :) Have to keep hoping though.

From the little I know about Bernie Sanders, I think you're probably right.

Seems since Theresa Mays landslide vote of 'we're getting sick and tired of you lot' which took the Tories majority position away, she's hinting they may need to start listening to 'other' views'.

Credit where it's due, at least she's SAID it.
Time will tell if it's just soothing hot air.

Yes, a hung parliament can have that benefit. Some of the concessions made to minor parties and independents, can be a bit odd though, to anyone not in that constituency. Of course, it might be the first time that minor group ever got what they wanted/needed, too.

On the other hand, a hung parliament can paralyse or severely slow down, getting anything done. This will be good or bad depending which side of the fence you're sitting. There seem to be more hung parliaments, I think populations are more divided these days.

On a completely different note, have you heard about Trumps support over British baby Charlie Gard, whose medical condition is said to be hopeless, but his parents are fighting for further treatment?
When I first heard about it I thought that's odd.
Penny dropped when I read he's using it as an example of how bad a one cover health plan would be in the US.

Or am I being too cynical?

Maybe appeasing the Right to Lifers? I don't know enough about the case.

I think he is anxious to look like a hero. It seems Ivanka has some say when it come to kids. I wouldn't doubt she was behind it or mentioned it to him. It is hard to know what he thinks because one day he says one thing and the next he changes it or someone of his staff says the opposite. If the motive of Russia was chaos in US they have their wish. It is done.

Bernie is a plain spoken man with his hand on the pulse in US. He definitely sees things from the view of working America and articulates the problems without using the typical political rhetoric. Right now they are investigating his wife for some financial problem at the college where she worked.


I saw a program on the history channel yesterday about Andrew Jackson and the dirt the other side dragged up about him and his wife during his campaigns for President. He eventually got in anyway, but his wife died of a heart attack when they were abut to move into the Whitehouse. I have no doubt that was caused by the stress she'd been put under. The tv show stopped there, but here's an interesting article