Well, if other outlets can do US President Donald Trump retrospectives of his first year in office, so can we. I’m indebted to Acerules for her very funny memes, in my posts, that took a lot of work. Doing research for this retrospective shows me that I often drew parallels between US and Australian situation and personalities. The themes are often the same for both countries, though there is only one Trump.

Here’s a look back at our commentary here, on Trump.

As a Trump supporter I welcome Inauguration Day!

I believe Trump will work for the people. I think if you look past the large ego and the showman you will find a man with heart. He will want history to see him favorably and will want to leave a great Trump presidential legacy. I think he will also be paving the way for future Trump family members to follow him.

I hope he ends up surprising some of his staunchest haters!

This entry before the inauguration, about the possibility of Russian interference in the election, was one of our most read posts ever: 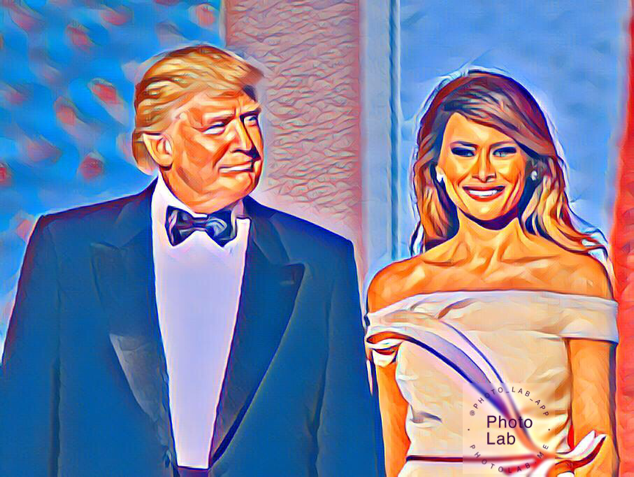 The day after the Presidential inauguration, when women came out to protest:

A satire following speculation that the Trumps would decorate the Whitehouse in the gilded style of their New York apartment, and referencing “golden showers” rumours:

Inside the Whitehouse, a satire:

On his unusual handshakes: 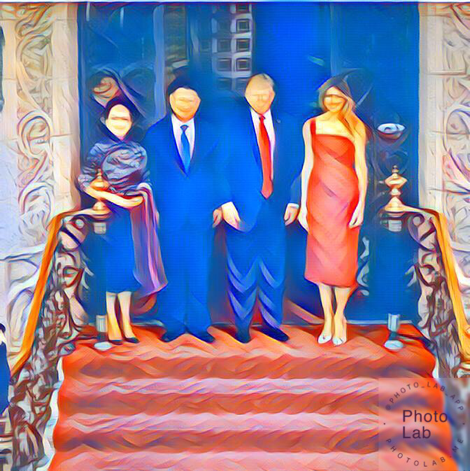 This post included quotes from him. He was described as a narcissist by some doctors and others:

On partisan journalism, which contributed greatly to Trump’s success, and has previously benefitted his predecessor too:

On Trump’s immigration and visa tightening:

We were angry, here, when Trump withdrew from the Paris climate agreement:

“Acerules....perfectly stated...Trump said the World laughs at America....well, since he has been President the the laughing has turned to dismay which Is even worse. The World is shaking it's head at the infantile actions and decisions of its new President. Because of him the states in US will usurp him. The states will fight back. We will not let him nor his 23% of US voters ruin America”.

Trump seemed to divide people, or maybe he was just a symptom of World forces:

A satire referencing Melania’s continued absence from the Whitehouse, Comey saying he didn’t like being alone with Trump, and Melania batting Trump’s hand away when he tried to hold hers:

On the Russian influence allegations, again:

Reflecting my concerns following some world leaders’ behaviour to Trump (and each other) and his as well, to them:

By the time Fourth of July came around, I was so fed up with the fighting of my American friends (and a Canadian) over Trump, I gave them a lecture:

Reply to that post, from an American Left voter:

“Thanks KE. Loved the toon!
Trump seems like a man without much appreciation of anything other than business. It's sounds twee, but if you have little soul or appreciation of beauty, you're not bound to be mindful of preserving it around you. Can't believe it's even considered possible to mess with the Grand Canyon.
If his personal style of decor is anything to go by, he certainly has no taste. All gold n garish glamour. This is not the style of a thoughtful man. A brash snowman that unfortunately duped a nation (well a poor % of them) into thinking he could run a country.
It seems absurd that he is running things. What are his qualifications?
Why do we even allow people without a history of proven service in politics to even stand for election?

I think most people just want Middle styled politics that takes as much care as possible of as many people as possible.
I probably have an overly simplified view of things but money or nepotism (like Bush) should never be enough to run a campaign.”

Another reply to my Fourth of July post, from an American Right voter this time:

Satire following comments from Trump, saying his friend Jim wouldn’t go to Paris. Journalists couldn’t find Jim. This was prior to President Macron of France finally realising he had to charm Trump, which he did on the US President’s visit there:

As Trump and President Kim Jong Un from North Korea ramped up their nuclear stand off, the world became more nervous, me among them, mind you, Russian leader Putin was threatening nuclear war if Hilary Clinton got in, loud and clear:

Trump was mentioned in this post about regret. He doesn’t admit to regrets, usually. When he does alter a statement, he often goes back to the original.

The Russian controversy increased as Trump’s son in law was alleged to be involved with the alleged collusion. A satire:

This man Arpaio, has been quoted in news this week supporting Trump. Back then, Trump saved him:

It was the biggest year in recorded US history for natural disasters, and Trump responses were often criticised:

This one had some advice to Trump on how to resolve disputes with opposing people:

Lastly, following Trump’s mentor Steve Bannon being quoted in a somewhat disloyal way about Trump, there was this post about hero worship:

Let’s see what this year will bring. The only thing I can confidently predict about Trump is that the almost daily news , often shocking, will continue. This is not a President that likes to beaver quietly away in the shadows. He’s more a limelight, chaos kind of guy, as Margo said up above, a “large ego and” a “showman”. Well, roll up , roll up people, for year two. Will he “Make America Great Again?” Time will tell. There are world forces, he is not the only player on the stage, and greatness is relative.

“The dust clears away in places, the star burns out more quickly because it’s big and hot, and we will get to see more clearly what it was made of.

Hopefully before it causes a sequence of nuclear reactions. “

Thankyou to Acerules and our other contributors. Comments are welcome, as always.

It's going to take a big chunk of time to go back on those posts, but you certainly have covered a lot of ground this year. Love the videos. Thank heavens he hasn't banned satire yet, never mind how dearly he may want to.

Yes, a lot of work in the posts!