BE THEY EVER SO HUMBLE -they treat them like hoes.

Caution, Adult content, this post contains music with explicit lyrics.
This morning I woke up to the news that Ingvar Kamprad , founder of IKEA , had died. 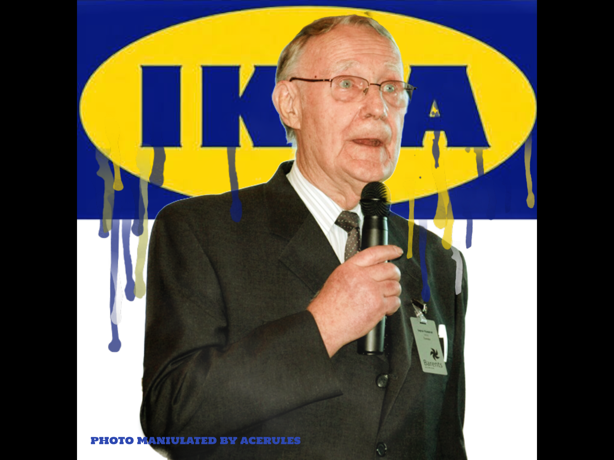 Years ago I’d made a mental note of him, because of the relatively ordinary lifestyle he projected. He came across as humble. What the world knew was that he drove an ordinary Volvo, refused to travel first class, and lived in a normal house. Turns out that he did own more than he said he did, but it certainly wasn’t conspicuous consumption like some wealthy celebrities, more like upper middle class.
Pope Francis is known as being a humble man too. That might get him killed someday, as I read he prefers to ride in regular cars instead of the super safe Popemobile.
Two days ago, Kendrick Lamar’s hit song “Humble” made number one on the prestigious (in Australia) Triple JJJ radio station, annual Top 100 songs, which is voted on by Australians. I must say that musically this song doesn’t grab me, though the piano riff is catchy, it’s too repetitive, like the one chorus line, over and over.  It also has so much swearing, and rap industry jargon, that deletes the message, in my opinion.
As a parent, what do I say when this explicit song comes on the car radio? Well I tell my teen daughter to turn over the channel. I don’t want her talking to some future boss like that and getting fired. However, she’s going to hear it on the school bus, as it’s a hit song, so we have a conversation something like this.
I don’t think Lamar’s  message is meant for me. It’s directed at the rap and probably also the wider music industry, and the way it treats women, particularly on videos, I think. If you were alive in the last 20 years you’d know about the scantily clad women on rap and some pop videos, compared with the covered up men; and the often sexist or violent lyrics. (That’s painting with a broad brush as there are many much better, but still, the industry has a long way to go. )
Maybe , judging by the video, he’s also aiming at sexist religions, like the Catholic and orthodox Christians, and Orthodox Jews. He shows a Leonardo da Vinci inspired Last Supper scene, where they are sitting in normal clothes, like the disciples did, but he then reappears in a Pope’s robe. Jesus didn’t dress like that, is the message I see, he appeared in humble garb. On the other hand, the current Pope is known for his humility. I doubt that Jesus swore either, but he did say things that were considered blasphemous by the Jewish religious heirachy of the time, which was also male dominated. As a Christian myself, do I find it blasphemous to put Jesus and the Pope in a clip alongside such porno lyrics? Yes, I do, but I’d rather he took out those lyrics, as the images are both instructive, and well shot.
It’s interesting that this song became a hit after the inaugural Women’s March which occurred around the world in 2017. Coupled with that was the Presidential electoral campaign of Hillary Clinton. I wonder how much of the song’s success was because many buyers of the track missed the satire in the lyrics, and really do want women to sit down and be humble? Women went on in 2017 to create the #me too anti sexual harassment movement, and to repeat their Women’s march in the millions in January 2018 with the support of many men. This has been threatening to hundreds of thousands of men the world over, I’m guessing, often because women are demanding not only respect, but a 50% slice of the power.
Music only, cleaner version.

Should women allow men to have a voice in the feminist journey? Yes, they totally should. There should be a dialogue. That’s where Lamar’s Humble seems to resonate with young people. Elders can point the way, but it’s by the young that change is really walked forward. It might be in pornographic language that confronts, and by imperfect (very) songs like Humble,  but hopefully the patriarchy will be reached.

“According to an interview with TSR, the French-language Swiss TV broadcaster, (Ingvar) Kamprad drove a 1993 Volvo 240, flew only economy class,  and encouraged IKEA employees to use both sides of pieces of paper. He reportedly recycled tea bags and was known to pocket the salt and pepper packets at restaurants."  Kamprad had also been known to visit IKEA for a "cheap meal". He was known for purchasing Christmas paper and presents in post-Christmas sales. The company he created is still known for the attention it gives to cost control, operational details and continuous product development, allowing it to lower its prices by an average of 2–3% over the decade to 2010, while continuing its global expansion. Kamprad explains his social philosophy in his Testament of a Furniture Dealer: "It is not only for cost reasons that we avoid the luxury hotels. We don't need flashy cars, impressive titles, uniforms or other status symbols. We rely on our strength and our will!"  Kamprad owned a villa in Switzerland, a large country estate in Sweden and a vineyard in Provence, France. Kamprad was also known for driving a Porsche for several years.

Kamprad had named his sons as the sole heirs of an entity called the Ikano Group, which holds a substantial minority stake in IKEA estimated at US$1.5 billion. His adopted daughter Annika will receive approximately $300,000.” Wikipedia

Well, it says earlier in that article that the IKEA founder also founded a charitable foundation that was the biggest in the world until recently. However, there seems to be sexism in the inheritance his adoptive daughter received compared with her brothers.

Here is the original Lamar music clip, if you don’t like explicit lyrics turn off the sound, but I think it’s worth analysing the images in the video:
the original music clip
feminist perspective link
death of ikea founder link
Posted by Running on empty at 09:34

hi, Its Acerules
when i first heard the song it reminded me of a kanye west song 'Gold Digger', i'm not a fan of either song but listening to 'Humble' again, the message is good but it could be clearer. the chorus is two repetitive, like he was too lazy to come up with more lyrics.