LEAVE YOUR LIGHTS ON. 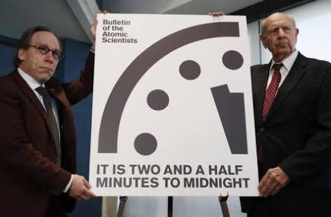 This video reminds me of a serious health scare I had a year ago. I just realised I "made it" for a year. Hubby said "I hope there will be many more" which was sweet.
At the beginning of the video song clip, in this post, the singer says it was inspired by his heart surgery. He had to reevaluate himself.

Captain Jean Picard of "Star Trek" has serious heart surgery in the future which he has put off too long and tried to ignore. As a result he nearly dies: 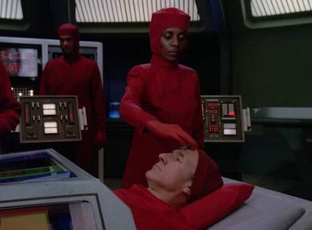 Last week, scientists advanced the Doomsday clock closer to midnight than it ever has been before. We could all face our annihilation if there is a major war, especially nuclear. We all need to "put the lights on" and get ready for that possibility. Today my family walked into a church in Traralgon, and prayed for world peace. Peace so the refugees could go home. Peaceful dialogue and compromises between world powers. Loving our neighbours as ourselves. Because love beats hate. 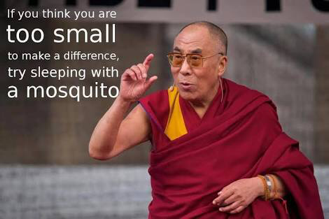 "This is from an interview he (Everlast)  had with 'E Online'.

"Put Your Lights On was probably one of the most personal songs I wrote. It was written right after I had a major heart surgery, came really close to dying and was just coming out of that whole state of mind of realizing that I was gonna live. That's where the whole 'Put Your Lights on' thing comes in. It's just kind of about hope, but coming from a really dark place. and really questioning a lot of your beliefs. It came straight from the soul. It's really deep to me."
-Everlast

The Parable of the Ten Virgins

25 “At that time the kingdom of heaven will be like ten virgins who took their lamps and went out to meet the bridegroom.2 Five of them were foolish and five were wise. 3 The foolish ones took their lamps but did not take any oil with them. 4 The wise ones, however, took oil in jars along with their lamps. 5 The bridegroom was a long time in coming, and they all became drowsy and fell asleep.
6 “At midnight the cry rang out: ‘Here’s the bridegroom! Come out to meet him!’
7 “Then all the virgins woke up and trimmed their lamps. 8 The foolish ones said to the wise, ‘Give us some of your oil; our lamps are going out.’
9 “‘No,’ they replied, ‘there may not be enough for both us and you. Instead, go to those who sell oil and buy some for yourselves.’
10 “But while they were on their way to buy the oil, the bridegroom arrived. The virgins who were ready went in with him to the wedding banquet. And the door was shut.
11 “Later the others also came. ‘Lord, Lord,’ they said, ‘open the door for us!’
12 “But he replied, ‘Truly I tell you, I don’t know you.’
13 “Therefore keep watch, because you do not know the day or the hour.
By Jesus.
Posted by Running on empty at 21:21

I think those were the bridesmaid duties in those days.

Well I'm glad all you're expected to do is turn up in a nice frock and smile for the photographer these days!

Awww - no worries. It's alright being one but trust me, it's not life changing or anything, especially if you don't like the frock. I was one for my sister when I was 16 but I'm strangely unmoved by weddings to this day. I mostly sit in the pews thinking I'm bored, cold, and I wonder how long this one'll last and will it be worth the expense.
The best wedding I went to was years ago when one of my hubbies friends got married and when he knelt down at the alter he'd written HELP! on the bottom of his shoe. They're actually still married and maybe a good sense a humour helps.

On a more serious note, so glad you've got through the last year Cath. May there be many many many more. I don't keep up with news too much, so don't know why China and the US are at loggerheads. Just hope common sense prevails. I always think the people that decide to start a war should be the first in the firing line, or even better their children, wonder if that would make them think a bit harder about a more peaceful solution?!


China has a "One China" policy that is causing it to lay claim to, and build on, disputed islands in the sea where international shipping goes. USA doesn't like it. Currently both countries have warships there. One accident or hothead and...